An exciting and innovative area of cancer research is immunoprevention, in which studies focus on preventing cancer before its onset by using vaccines, antibodies, and other immune mechanisms.

University of Colorado Cancer Center researcher Robert Keith, MD, professor of pulmonary sciences and critical care in the CU School of Medicine, has focused much of his research on lung cancer prevention, and two ongoing studies are studying how a person’s immune system can help prevent two types of non-small cell lung cancer.

“While trying to use the immune system to prevent cancer is not completely novel, but new immunotherapy agents are coming on like gangbusters in a whole myriad of cancers, including lung,” Keith explains. “What happens is new agents come along and generally they’re first used with patients who have advanced stage cancer. They are then moved to earlier and earlier stage disease and now some of those agents have been approved for neo-adjuvant treatment, including use prior to definitive surgical treatment.”

“Intercept it before it starts”

“With squamous cell lung cancer there are a series of stages that the cancer progresses through before it becomes invasive, and one of the most important things we look for are pre-malignant lesions,” Keith says.

Participants give a sputum sample, which researchers test for abnormal cells, and then receive an initial bronchoscopy “where we take a look in the airways and biopsy specific areas where the airways branch, looking for pre-malignant lesions,” Keith says.

Study participants who have pre-malignant lesions then receive four doses of the immunotherapy drug nivolumab over an eight-week period, followed by another bronchoscopy after the last dose and six months following treatment. The same areas that were biopsied in the initial bronchoscopy are biopsied again and scored according to the amount of damage seen.

Biopsies are scored on a 1 (normal) to 8 (invasive cancer) scale. Those eligible for the study have an initial histologic score between 4 and 5, and at subsequent bronchoscopies the lesions are classified as either improved, persistent, or progressive on the 1 to 8 scale.

Study objectives include not only gathering a large body of data for predicting which lesions will progress toward cancer, but focusing on patient safety and learning more about drug tolerance.

“One group that’s very important to us is people with a prior history of smoking,” Keith says. “When I see patients in clinic, especially ones who may also have a history of a smoking related cancer, a lot of times they ask, ‘How can I prevent the next one?’ And I say the first step is to stop smoking. But if they stopped smoking years ago, we could monitor them with CT scans but that would just be waiting for the next cancer to show up. Our goal is to identify pre-malignant lesions and intercept invasive cancer it before it develops.”

Keith also is participating in a study sponsored by the MD Anderson Cancer Center that focuses on using the immunotherapy drug pembrolizumab to prevent lung cancer in people with high-risk pulmonary nodules (with or without a history of early-stage non-small cell lung cancer).

“This collaboration is working with people who have been screened for lung cancer or who have pulmonary nodules picked up for some other reason – say they had a CT scan and the radiologist saw a spot,” Keith explains. “Participants fall into the intermediate risk category for lung cancer, based on their risk factors, and they receive four doses of pembrolizumab while we monitor the nodule with serial scans.”

Not every nodule contains cancer cells, Keith says, “but we want to see if we can make it regress. Does the nodule get smaller? Does it go away? The study participants have persistent pulmonary nodules, but in many cases we label them as indeterminate because we don’t know if they’re cancer.”

This study is being conducted at several sites nationwide, but the Colorado site is unique because researchers are using navigational bronchoscopy to approach and biopsy the nodule by driving through airways.

“That lets us not only get a sample of the nodule, but it lets us characterize the immune environment surrounding the nodule and in other areas of the lung,” Keith says.

Study participants receive CT scans during the course of the study to monitor and measure the nodule, and also complete quality of life assessments.

Keith works with patients receiving care through the Veterans Administration, and says he has noticed a willingness to participate in these studies among this population. “Veterans are extremely altruistic,” he says. “I can’t tell you how many times I’ve heard, ‘If I can help the next person, I’m willing to participate.’ In both these studies there’s an understanding that we’re working toward preventing cancer before it develops and Veterans are willing to participate.”

Qualifying participants not receiving care from the VA are also eligible to join the studies. 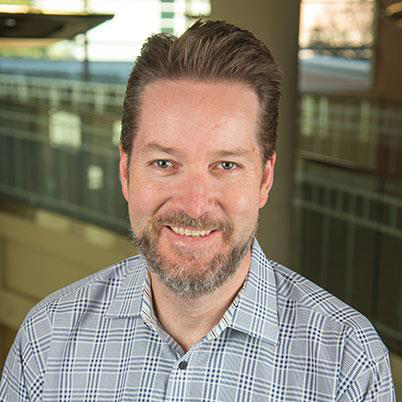