Three researchers from the University of Colorado Cancer Center have received grants from the V Foundation, a cancer research nonprofit founded in 1993 by college basketball coach Jimmy Valvano, who died of cancer.

Mitra, assistant professor of pediatric hematology/oncology and bone marrow transplant at the University of Colorado School of Medicine, will use his grant to further his study of a type of childhood brain tumor called medulloblastoma. His research looks specifically at medulloblastomas with high amounts of a cancer-causing gene called myc.

“Myc-driven tumors are the most devastating in childhood cancer,” says Mitra, noting that brain tumors are now the number-one cause of cancer-related deaths in children. “They have a very high degree of relapse, meaning that they almost always come back in the kids. They metastasize — or spread out — all over the spine and the forebrain, and they basically become inoperable when they come back.”

In an effort to slow myc-driven tumors down, Mitra is researching a protein called CD47, which is found on the surface of most cells in the body. CD47 is known as the “don’t eat me signal,” Mitra says, as its primary function is to signal immune cells called macrophages not to eat them. Diseased or aged cells have lost enough CD47 that macrophages see them as OK to consume.

“Macrophages are like the garbage collectors, the scavengers, for any sort of infection in the body,” Mitra says. “The first line of defense is these innate immune cells. ‘Macro’ means big, and ‘phage’ means eater, so they're literally ‘the big eaters.’”

Researchers have found that CD47 is overexpressed in tumor cells, however, as the tumor looks to protect itself against the immune system. Myc increases the anti-immune proteins on the cell surface, creating a “force field” around the tumor cells. In his research, Mitra is looking for ways to target the myc protein in order to more effectively deliver a CD47-inhibiting drug to the tumor cells, making the macrophages more likely to destroy them.

“Our hope is that by the time we finish this study, we are able to show that there is good efficacy in combining two targeting mechanisms,” he says. “Our goal is to be in a position where we can do a clinical trial to see whether this really works in children.”

Pollyea, meanwhile, will use his V Foundation grant to continue research on the stem cell population of blood cancers known as myeloid malignancies, a category that includes acute myeloid leukemia and myelodysplastic syndrome.

“A good analogy for the stem cells is the roots of weeds in your lawn,” Pollyea says. “A lot of times we give treatments such as chemotherapy, but we are just mowing the lawn. If you have weeds in your lawn and you mow over them, you can get a temporary reprieve, but if you don’t pull them up by the roots, they just keep coming back.”

“These stem cell populations have vulnerabilities we can exploit,” Pollyea says. “The idea is to take some of what we’ve learned about these weaknesses and turn them into clinical trials for patients. If we can effectively eradicate the stem cell populations of these diseases in patients, then we’re either talking about very long-term remissions or even potentially cures.”

“It’s that transition where we’re taking what we learned from the lab and putting it in the clinic,” he says. “The idea is that some of what we learn from this grant will be used to create the next clinical trial, tweaking what we're doing now to make them work even better. Hopefully our results here will inspire an even better approach.”

Arnoult, an assistant professor of molecular, cellular, and developmental biology at the University of Colorado Boulder, will use her V Foundation grant to conduct experiments to find a new way to combat ovarian cancer in patients who are resistant or who become resistant to the drugs used most frequently to treat their disease.

“That treatment is working really well, especially for ovarian cancers, because about half of ovarian cancers have the mutation that renders them sensitive to PARP inhibitors,” Arnoult says. “It’s also in a big proportion of breast cancers and some prostate cancers. The problem is that the cancer cells often develop resistance to these drugs, and once the cancers have developed resistance, there’s basically no alternative treatment for them, and the cancer progresses.”

The resistance often occurs when the cancer cells hyper-activate an alternative DNA repair pathway called alternative end-joining to compensate for the effects of the PARP inhibitors. With her V Foundation grant — along with a grant from the Denver-based Boettcher Foundation — Arnoult is working to create an inhibitor of this alternative pathway.

“We did a CRISPR screen to identify potential new genes in this pathway, and we found one,” she says. “This grant from the V Foundation is going to help us identify the mechanism of action of this protein in alternative end-joining, and then to develop an inhibitor.”

“We hope to publish on the molecular mechanism of action of this protein in 2022, then it’s going to take time to make the first inhibitor, make more potent molecules, test them in vitro, test them in vivo in animals, and hopefully move toward clinical trials,” Arnoult says. “If our inhibitor is successful and gets FDA approved, that would mean we now have a second line of treatment for these patients that currently have nothing.” 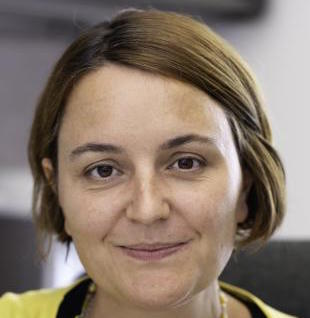 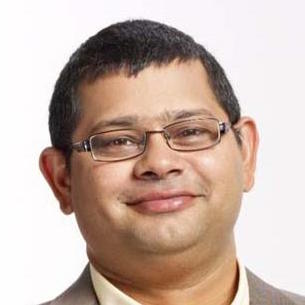 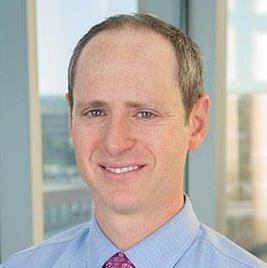