Home News What Are Pack-Years? back to News

For many people, receiving a cancer diagnosis may require learning a new vocabulary ­– terms that can be useful guideposts for defining the disease and its treatment.

People diagnosed with lung cancer who currently smoke or have a history of smoking, for example, may have heard the term “pack-year” when they consulted with clinicians to determine whether they should be screened for the disease.

Jamie L. Studts, PhD, co-leader of the University of Colorado Cancer Center Cancer Prevention and Control Program, defines this often-used term and answers some common questions related to its use.

What is a pack-year?

Pack-years is a clinical and research approach that helps us better understand a person’s exposure to smoking. It can be very general or get more detailed when we start including factors like the age at which a person began smoking, the volume they smoked during the time when they did, and the date when they quit, if that’s something they’ve done. Getting a more accurate calculation of pack-years has become more important lately because it’s one of the principal criteria that influences eligibility for lung cancer screening. When we talk about pack-years we’re trying to understand how much exposure to smoking a person’s lungs and body have experienced.

Why are pack-years considered a place to start in understanding smoking exposure, but aren’t a perfect measurement?

Pack-years is an important assessment in how we understand smoking exposure, but it’s imperfect because people smoke differently. Something we’re starting to understand more is smoking topography – how people smoke. For example, one person may smoke every little bit of a cigarette while another person uses it almost as an ornament, something to have in their hand but they may only take two or three drags. Also, how deeply people inhale has an influence that researchers are working to understand.

People also vary in their smoking over time. Someone may have begun smoking in their teens, then quit for several years in their 30s, so if what we’re trying to get from pack-years is a measure of exposure, we have to calculate that in. If we don’t ask about cessation, for whatever time span it occurred, then our assessment of smoking exposure is going to be inflated.

A lot of times in research, pack-year assessment is critically important and becomes really rigorous. Researchers are asking not only at what age a person started smoking, but how many cigarettes they smoked at 15, and at 16, and so on. A clinician may not have time to get that deep into a patient history, so it becomes about finding balance.

Due to the stigma associated with a history of smoking, is misrepresentation of smoking history a concern when trying to determine pack-years?

Underreporting of smoking does happen, but even here there can be some variability. In some regions of the country, a person’s smoking history is almost shared like a war story: “I started at 8, I had my first cigarette behind the barn when I was 6.” So, a clinician or a researcher will have to then ask, “At what age did you start smoking a cigarette every day?” One cigarette a week between the age of 12 and 18 is not really what we’re trying to get at. For lung cancer screening purposes, we’re trying to get at how much your lungs have been exposed to cigarette smoke.

The reason stigma comes in is there is not only personal bias of some people being very sensitive about sharing that information and feeling shame about their smoking history, but the other side of that is some people will approach the question more aggressively. In certain cultures, people might inflate their exposure. That’s why we need to be asking these questions with compassion and understanding, in a way that’s not stigmatizing, pejorative, or condescending.

Stigma impacts not just that individual but clinicians as well. I’ve heard clinicians express frustration many times, “I’ve been telling them to quit for years, they didn’t quit when I told them to, why do I have to bother getting a detailed assessment of their smoking?” It can be challenging to feel that frustration, knowing that quitting smoking is the single most important thing someone can do for their health.

For so long, smoking was not just socially acceptable, but socially reinforced. It worked its way from the wealthy and now it centers on those people with far fewer economic resources or individuals who are far more likely to continue to smoke, and it’s related to addiction. The decades of aggressive tobacco control efforts have helped reduce the volume of adults who smoke to less than 15% of all adults in the U.S., but that varies widely across the country. However, the aggressive tobacco control efforts have come with a side-effect: Individuals who continue to smoke are not viewed favorably by society, and that takes a toll on them. The stigma associated with smoking and lung cancer harms well-being and our ability to support efforts to help people quit smoking or using other tobacco products and impedes efforts to consider lung cancer screening.

Once pack-years have been determined, what are the eligibility criteria for lung cancer screening?

According to U.S. Preventive Services Task Force recommendations, the current eligibility criteria for lung cancer screening can be summarized by 50-20-15. To be eligible, an individual needs to be 50 years of age, have a 20 pack-year history of smoking, and have smoked within the past 15 years. These eligibility criteria many change with new data, but have been determined to be the best criteria to maximize benefits and reduce the harms of lung cancer screening.

It’s important to have good communication with your health care provider about screening, because lung cancer screening is not without risk or potential harm. People at the highest risk for lung cancer are the ones most likely to benefit from screening. Importantly, it’s best to think of lung cancer screening as a process, not just a one-time event. By participating in a lung cancer screening program annually, you increase the likelihood of detecting lung cancer at its earliest stages when more treatment options are available and the expected outcomes are much better.

We also have the opportunity to do a certain level of prevention in conjunction with lung cancer screening for the individuals who are still smoking at the time they participate in it. However, there’s some sensitivity around using the term “prevention” because of the nearly universal public understanding that lung cancer is caused by smoking, even though that’s not the whole story. Smoking is the primary cause of lung cancer, but it’s not the only one. Saying that if we “prevent” people from smoking then no one will have lung cancer is not true. Thus, the lung cancer community prefers the term risk reduction. Quitting smoking or never smoking reduces the risk of someone developing lung cancer. 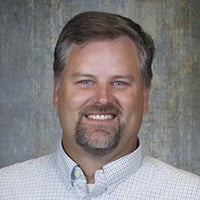