Home News What is Immunotherapy?  back to News

When it comes to treating cancer, doctors have many tools in their arsenal. For decades, cancer was treated with surgery, chemotherapy and radiation — broad tools that affect healthy cells along with the cancer cells they are meant to eradicate.

In recent years, however, cancer doctors have learned how to harness the power of the body’s own immune system to seek out and destroy cancer cells in a much more targeted fashion that does not affect healthy cells in the same way as radiation and chemotherapy.

Known as immunotherapy, this new mode of treatment is showing promising results for patients for whom other types of treatment has proven ineffective.

“We’ve known for many years that the immune system eradicates viruses and other infections,” says Michael Verneris, MD, co-leader of the University of Colorado Cancer Center Tumor Host Interactions Program. “So in theory, we knew the immune system could also eradicate cancer. That's proven to be challenging, but people have figured out a way to do it.”

One of the earliest immunotherapy drugs, checkpoint inhibitors, were designed to overcome this challenge by blocking the ability of cancer cells to hide from immune cells called T cells, says Eduardo Davila, PhD, associate director of the Cancer Research Training and Education Coordination program.

“Imagine if a T cell is an automobile,” Davila says. “It can express a protein that accelerates the gas and makes the T cell a better cancer killer, or it can upregulate proteins that put on the brakes and stop T-cell activity. These proteins are known as checkpoints, because they check the T cell and prevent it from moving forward and killing the cancer cells.”

“If you are able to block the checkpoint proteins, you can maintain the really strong antitumor activity of those T cells,” Davila says. “Several years ago, checkpoint inhibitors were heralded as the biggest breakthrough in immunotherapy ever. In melanoma alone, it used to be that patients with advanced melanoma had about a 10% survival rate at the five-year mark. Fast-forward to today, and the response rate is about 65%.”

Another type of immunotherapy used to treat cancer is a monoclonal antibody. Antibodies are naturally occurring molecules that attach themselves to proteins on the surface of a target cell to cause the target cell’s destruction, either by flagging immune cells to destroy it, or by causing the target cell to die. Monoclonal antibodies are produced in a laboratory to attach themselves to specific molecules on cancer cells, causing those cells to be destroyed.

Davila, Verneris, and other CU Cancer Center researchers are especially enthusiastic about newer types of immunotherapy known as T-cell transfer therapy, in which T cells are removed from the body, taken to a lab, and re-engineered to become much more effective cancer killers.

Tumor-infiltrating lymphocyte, or TIL therapy, does this with specialized immune cells (lymphocytes) that move from the bloodstream into a tumor to destroy it. By creating a large number of patient-specific lymphocytes in the lab, cancer doctors enhance the cells’ ability to destroy the cancer.

“A lot of people may not realize that, in addition to protecting us from viral infection or bacterial infection, our immune system is also designed to protect us from cancer,” Davila says. “Oftentimes, the reason people develop cancer is that their immune system has failed them. When we receive surgical resections of tumors in the lab, what we find inside the tumor is lots of these tumor-infiltrating lymphocytes. They're trying to do their job and kill the tumor, but oftentimes they are simply overwhelmed. What we do is separate those TILs from the tumor and genetically modify them to restore their anti-tumor activity.”

In a similar vein, CAR T-cell therapy removes T cells from the body and re-engineers them to make a type of protein called CAR, or chimeric antigen receptor. When the re-engineered T cells are introduced into the bloodstream, they can attach to specific proteins on the cancer cells to more effectively destroy them.

“CAR-T therapies are considered living drugs,” Verneris says. “You give them to people, and over a short period of time, they expand significantly within the patient. For leukemia and lymphoma, where this therapy has been most successful, they expand and kill the vast majority of the disease, and then the CAR-T cells die off, but a few survive and search for any residual cancer. Those cells that persist in your body are just sitting there. The longer those cells persist in your blood, the more likely you are to go into long-term remission.”

The CU Cancer Center is one of the institutions on the front lines of creating and testing CAR T therapies, and Verneris is one of the researchers helping to make the treatment work better. Currently CAR T-cell therapy is most effective in blood cancers, but as research continues, Verneris sees it becoming a game-changer for all cancers.

“This is ushering in a new generation of therapies, not only for leukemia, but for many different types of solid tumors,” he says. “It will take years, or maybe even decades, but we will continue to figure out how to engineer these cells. Even now, researchers are not only taking the T cells and making them express the CAR receptor, which helps kill cancer, but they’re also expressing something else that helps the cell function. For instance, we are making the CAR-T cells home in on the tumor, helping them to survive within a low-oxygen environment, or even allowing them to make their own energy. All of these things are being tested in the lab. It’s very exciting.” 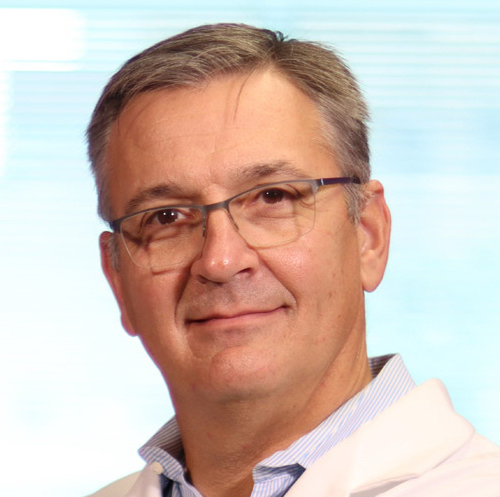