This was before specialized fitness platforms, so the training happened on wooden benches. Dougherty was sharing one with some other guy “and I kind of nudged him out so I could be with Mary Jo,” Roark remembers. “Afterward, I asked her if she’d like to get a drink. She hesitated, so I said, ‘Oh, just say yes’.”

Yes is such a small word, but it’s one Dougherty didn’t hesitate to use: yes to adventure, yes to exploration and new horizons, yes to life as big as she could live it. She said yes to that drink, and however many decades later, their license plate read “MJSKIMJ” – Michael Joe + Mary Jo Ski Mary Jane, their favorite ski area.

There’s so much Roark can say about the incredible woman he married – her devotion to her three step-children and two grandchildren, her determination, her embodiment of a “work hard, play hard” life ethos, her wide-open heart and boundless capacity for love – that he almost doesn’t know where to begin.

So, maybe the place to start is on the bench at the Denver Botanic Gardens, a spot she dearly loved, that was placed in her honor after she died in October 2019 following a six-year battle with multiple myeloma. A plaque on the bench reads “Live in the light,” because that’s what she did.

To further honor the woman he has loved for so long, Roark established the Mary Jo Dougherty Endowed Fund for Multiple Myeloma Research at the University of Colorado Cancer Center, with the goal of supporting research working toward a cure for the disease that Dougherty never allowed to defeat her.

“She was determined not to let it mess up her life,” Roark says. “The more I thought about it, the more I wanted to continue to honor her memory by doing what I can to fight this horrible disease.”

Outdoor adventures with her family

Anyone who knew Dougherty knew that she felt just as at home on a double black diamond ski run or in a field of moguls as she did walking down the sidewalk of her neighborhood. A lifelong athlete, she earned a swimming scholarship to the then-Western State College in Gunnison, where she also played soccer. 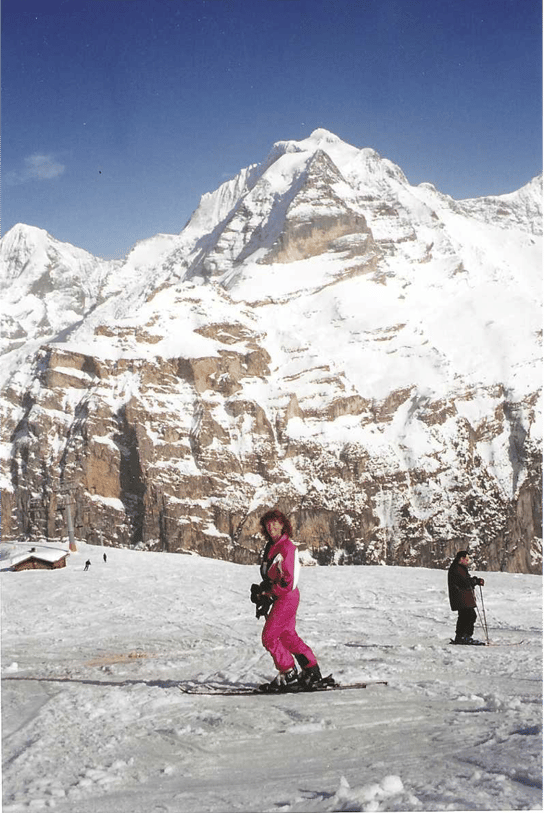 Mary Jo Dougherty was a lifelong and accomplished skier

She skied and hiked, summiting almost all of Colorado’s fourteeners, and when she met Roark she was joyously introduced to windsurfing and mountain biking. With Roark’s two sons and daughter from his previous marriage, the whole family relished all those outdoor adventures together. Dougherty’s step-daughter, Michelle Roark, was even a two-time Olympian in women’s moguls, as well as an award-winning competitor in the U.S., World Cup, and World Championships.

“We traveled around Europe and North America to watch Michelle ski,” Roark says. “Mary Jo loved to travel. Her brother ran an American school in Italy for 11 years, so we visited him there frequently and always had to detour through Paris because that was her favorite city in the world.”

Dougherty had always been able to push herself and count on her body to do what she needed it to, so it was a surprise when, in early 2013, she was doing a clean-and-jerk during a weightlifting class and suddenly her back felt terrible. Visits to the chiropractor and massages didn’t help, and while climbing Mt. Oxford on July 4th that year she had to ask Roark to carry her pack.

“That was really unusual,” Roark recalls. “Then we were up in Hood River (Oregon) to windsurf the Columbia River Gorge, and were mountain biking on a non-windy day, and she had to turn around and go back. When I got back, she had tripped over a root and could hardly walk.”

After returning home to Denver, a series of scans with a sports medicine physician at the UCHealth University of Colorado Hospital led to an agonizing phone call.

“She called me and said, ‘Honey, I’ve got one of three different types of cancer’,” Roark recalls. “I said, ‘What? That can’t be right! Didn’t you tell her you just tripped?’ But we learned it was either leukemia, lymphoma, or multiple myeloma.”

Soon after, Dougherty met with Clay Smith, MD, a professor of hematology in the CU School of Medicine and director of the UCHealth Blood Disorders and Cell Therapies Center.

“When I met with her, she said she had some back pain, but then I looked at her scans and one of the bones in her back was completely gone,” Smith says. “I have no idea how she was even sitting there talking to me, with what she described as a little bit of pain.”

She was swiftly admitted to the hospital and soon received a diagnosis of multiple myeloma, a type of cancer that begins in plasma cells. The cancer had destroyed her L3 vertebra, as well as attacked her L4 and L5, so she had surgery to fuse them before she could undergo stem cell harvesting followed by chemotherapy.

“Her magic was her personality”

Over the following years, Dougherty had temporary successes with stem cell transplant, chemotherapy, immunotherapy, and other treatments, but inevitably experienced recurrences of the cancer. However, she was determined to continue living the life she wanted, and to support the research that will one day defeat the cancer she lived with for six years.

She became an active fundraiser for the Leukemia & Lymphoma Society and in 2017 was named the organization’s Woman of the Year for raising $239,000, shattering previous fundraising records for the Rocky Mountain region.

“Her magic was her personality,” Roark says. “She was such a warm and caring person and people couldn’t say no to her. You couldn’t not like her.”

Through her cancer journey, she continued doing the things she loved – skiing with her grandchildren, biking, and windsurfing – even though it was against the initial advice of her doctor.

“She would get her treatments and then she would go windsurfing,” Smith recalls with a laugh. “The first few years I was like, ‘You know, Mary Jo, you shouldn’t do this, you shouldn’t do that.’ And she would just smile at me and go off and do what she wanted, then come back and show me pictures. And in those pictures she was smiling ear to ear. She taught me a really important lesson about being a doctor, that just to live time-wise is not enough for a lot of people. They want to live well.” 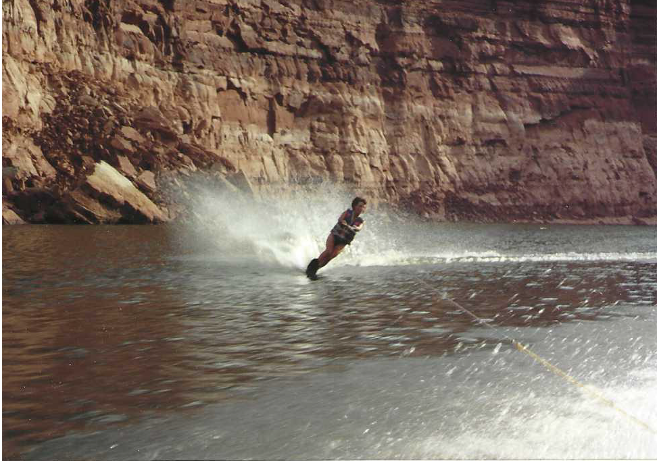 Living the life she wanted

Until the last few months of her life, when treatments were no longer working, she continued to do the things she loved with the people she loved. When it was obvious there was nothing more medicine could do for her, “Mike and I were in tears and kind of a mess,” Smith says. “Just to show you how indomitable and strong she was, she told us, ‘You guys will be OK, I’ll take care of everything.’ I don’t know how she even got out of bed then, but she did and gave me a hug that I’ll remember for the rest of my life. Even at the very end, she was just the strongest person and she was looking after her doctor and her husband.”

It's in Dougherty’s memory and in her honor that Smith currently is raising funds for the Leukemia and Lymphoma Society in the Man & Woman of the Year Campaign.

“For those six years she lived with myeloma, she lived the life she wanted,” Roark says, adding that it included skiing moguls, taking her two young grandchildren to high tea at the Brown Palace, and visiting all the vistas and secret spots she loved.

It’s in several of those spots that the people who love her have placed small memorials in her honor – a bench or a plaque on a tree to mark that spot as cherished by a glorious woman who wove her life out of light and love, and who drew her family and friends into its glow.

“How do you describe a woman like Mary Jo?” Roark says. “There aren’t enough accolades in the English language.” 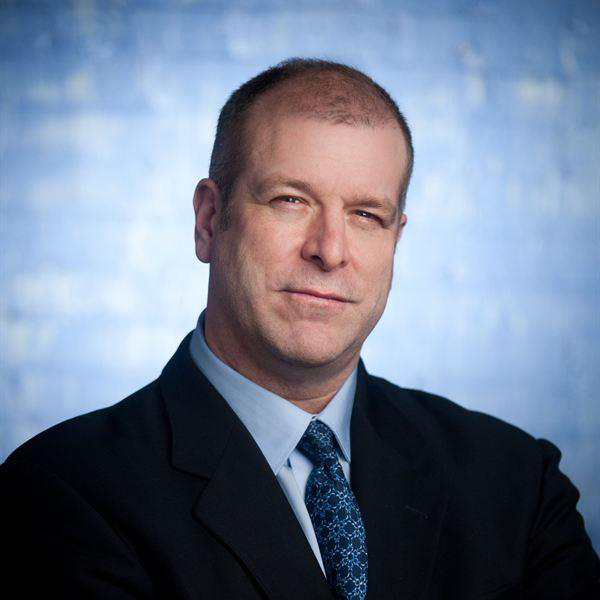