Bryan Raymond was very nearly just another grim entry on the ever-growing list of COVID-19 fatalities. But thanks to efforts by faculty members in the University of Colorado School of Medicine and Department of Surgery, Raymond is a COVID statistic of a different sort — the first person in Colorado to receive a lung transplant related to the virus.

“He was initially very sick and then he stabilized, but he still required the ECMO (extracorporeal membrane oxygenation) circuit to provide oxygen to his lungs because his lungs became so scarred down. It’s one of the often-fatal complications of COVID,” says Robert Meguid, MD, MPH, associate professor of cardiothoracic surgery, who performed the double lung transplant on Raymond in March. “He was sick in our cardiothoracic ICU, and once the transplant pulmonology team became aware of him, they started the workup and deemed that he was a reasonable candidate for lung transplantation. Thankfully, he survived.”

Raymond’s ordeal began in November in his hometown of Malta, Montana, when he began feeling feverish and short of breath. He tested positive for COVID-19 and began treatment in a local hospital, but when his oxygen saturation level dipped to the mid-70s (above 90 is normal), he was flown to a larger hospital in Billings, Montana. In January, he was flown to UCHealth University of Colorado Hospital, where cardiothoracic surgeon Muhammad Aftab, MD, put him on a ventilator and an ECMO circuit to keep his lungs working and his blood oxygenated.

“The whole month of January they were not unable to wean his sedation,” says Bryan’s wife, Trinity Raymond. “He was heavily sedated because any time he would wake up, he would start coughing horribly, which in turn would mess up the ECMO circuit. And that’s his lifeline. His lungs just scarred and were never able to get better.” 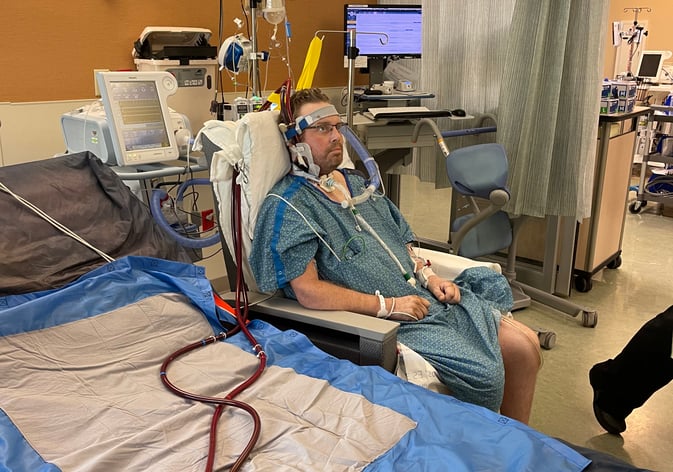 Bryan slowly regained strength and began working with a physical therapist to get walking again — a prerequisite for receiving a lung transplant as it tells doctors the patient is strong enough to endure the surgery.

When he was strong enough, Bryan was placed on the transplant list, and it only took a week to find a match.

“To be this sick and still eligible for a lung transplant is pretty unusual,” Meguid says. “We do see patients that are this sick that do get lung transplants, but it’s probably one or two a year. He’s fortunate to have been able to do this. We are seeing patients with similar conditions and not surviving.”

From transplant to recovery

The surgery took eight hours, and doctors kept Trinity updated throughout. Five days later, Bryan was breathing well enough to come off of ECMO. After four weeks of additional hospitalization — including two weeks on the rehabilitation floor —he was discharged. He and Trinity are now in special temporary housing for transplant patients, visited weekly by physical therapists. They also make hospital visits once a week so Bryan’s progress can be monitored. Soon, they hope, their children can visit them from Montana — Bryan hasn’t seen them since December.

“He was not the typical lung transplant candidate,” Trinity says. “Most of them walk into the hospital for their transplant because they’ve been fighting a disease for many years and they’ve had to live with it. Everything with the transplant went great, but we still had somebody who had lost 70 pounds, hadn’t eaten meals for over three months, so we had to work on getting him off tube feeds, making sure he could swallow well again. He required additional hospitalization, but it wasn’t due to complications from the lung transplant; it was due to complications from the COVID making him bedridden for so long.”

Meguid notes that during Bryan’s nearly three-month stay in the ICU, multiple teams from the University of Colorado School of Medicine helped with his care.

“This has been a massive effort by our faculty and providers — physicians, nurses, respiratory therapists, physical therapists and others — all these support systems that got him through it,” Meguid says. “It is definitely not, ‘Dr. Aftab put him on ECMO and I put lungs in him.’ It was a massive team effort that succeeded at getting him through this.”

Trinity echoes the sentiment, saying that by the end of their hospital stay, many of the staff had started to feel like family.

“The doctors, physical therapists, occupational, speech, respiratory, the ECMO specialists, the thoracic surgeons, the whole pulmonology team — they’ve been amazing,” she says. “We got so close to the cardiothoracic ICU floor because the people that were with him there had also been with him in the COVID unit. We cried when we had to leave to go to a regular floor.”

It will be at least six months until Bryan regains full lung function; he is looking forward to returning home to Montana and seeing his kids again. Until then, he is focused on recovery and grateful to the health care professionals who kept him from becoming another COVID-19 fatality.

“There were so many different teams that put forth an effort to see me through everything,” Bryan says. “Now we see the doctor, and he’s still seeing improvements, and he’s not too concerned about anything right now. I think we’re doing as good as we can be. We just keep pushing forward.” 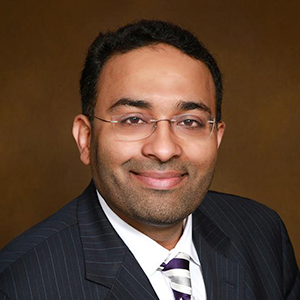 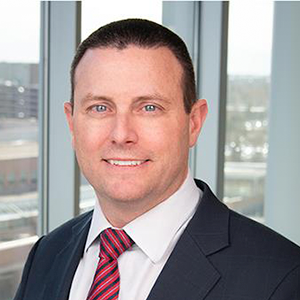