Home News Department of Surgery Makes Diversity, Equity and Inclusion a Priority back to News

The racial reckoning occurring in America in a year that saw the deaths of George Floyd, Breonna Taylor, Ahmaud Arbery and others touches nearly every aspect of society. From corporate boardrooms and HR departments to police forces and universities, assumptions are being questioned and priorities reexamined as we are reminded of the inequities that still exist for people of color.

The movement extends to medical schools and hospitals, where new attention is being paid to disparities in patient care, hiring practices, training and much more.

In June, the national medical-student-run organization White Coats for Black Lives led a Kneel for Justice event in which doctors, medical students and their colleagues across the country — including those at the University of Colorado School of Medicine — knelt outside for eight minutes and 45 seconds (the amount of time a police officer knelt on Floyd’s neck, killing him) in memory of Floyd and to raise awareness for racial justice and health equity.

“I’m hoping that we will have a true reckoning and healing in our country, not just around racial justice inequities, but all social justice issues. I’m hoping we’ll start to dive into the deep, uncomfortable work, because that’s where we’ll really start to make progress.” - Kia Washington, MD

“I think we’re at a tipping point as a country, which is great,” says Kia Washington, MD, vice chair of diversity, equity and inclusion for the CU School of Medicine Department of Surgery. “I’m hoping that we will have a true reckoning and healing in our country, not just around racial justice inequities, but all social justice issues. I’m hoping we’ll start to dive into the deep, uncomfortable work, because that’s where we’ll really start to make progress.” 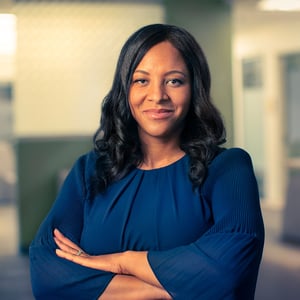 Washington heads the surgery department’s Diversity, Equity and Inclusion Committee. The group was formed in fall 2019, but the events of 2020 gave its members a new sense of energy and purpose. With the goal of becoming the most diverse, equitable and inclusive department of surgery in the country by 2030, the committee is examining everything from hiring practices and trainings to mentorship and patient care.

“All we have to do is look at COVID infection rates and the fact that communities of color are impacted more severely than white communities,” says DEI committee member Brian Shimamoto, organizational and employee development manager in the Department of Surgery. “Is that about race? About class? It could be about a lot of different things, but what we see is more Black and brown people dying of the disease. And you have to wonder, why is that happening? I think people are asking those questions. They’re paying attention.”

With that renewed attention in mind, Shimamoto leads regular trainings around issues of equity, diversity and inclusion. He speaks often on microaggressions — those small, ingrained, often unintentional habits that diminish others or make them feel lesser-than.

“Female surgeons are often referred to by their first name, whereas men are referred to as ‘Dr. Jones,’” he says. “It’s a common experience. I have seen it in higher education too, where the president of the university is referred to as ‘doctor’ and the dean of students is referred to as ‘Sue,’ and both have PhDs. When that happens specifically to women, we have to hit pause and say, ‘Why is it that we’re not giving women who have earned certain titles their due?’ That becomes what we call a microaggression.”

Another goal of the committee is to increase the number of people from backgrounds underrepresented in medicine — women, people who identify as LGBTQ, people of color, people with disabilities, veterans, and people serving in the military.

“It adds value and diversity to our department,” says Washington, who is also a professor in the Division of Plastic Surgery and Reconstruction. “A lot of studies have been done in the business world showing that diversity increases overall productivity. More importantly, in medicine, it increases your outcomes for your patients when you have a workforce that reflects your community. Our vision as a department is ‘Improve Every Life,’ and in order to do that, patients need to see their faces reflected in the people who serve them and the people who take care of them.”

General surgery resident Matthew Bartley, MD, says such representation matters. As a Black doctor, he says, he thinks about it every day.

“You walk around the hospital and the Anschutz campus, and there are very few who look like you,” he says. “That’s not necessarily a bad thing, but when it comes to mentorship and career progression and things like that, it’s always nice to have someone who identifies similar to you and who may share some experiences to help guide you through.”

On the flip side, he says, he knows that his role as a Black physician makes him a role model for others he encounters on the job.

“Sometimes when I see Black janitors or Black techs or even Black patients, it’s like they’re surprised that I’m even a doctor,” he says. “A lot of times they pull me to the side and tell me how proud they are of me. Even strangers who don’t know me. It’s important.”

“We want to support all people, but especially people from underrepresented backgrounds. We realize that they may face different challenges being in academia.” - Kia Washington, MD

Washington says the Department of Surgery will need to look outside the usual recruitment channels in its effort to increase diversity. That includes asking other surgeons for candidate recommendations, and seeking out and engaging social media groups for doctors, residents, and fellows from the communities they want to represent.

“Obviously we’ve recruited wonderful people here; it’s just a different strategy in terms of widening our network to get people from diverse backgrounds,” she says. “We know there are great qualified people out there to become part of our community.”

That’s part one of the challenge. The second part is making sure that after people from diverse backgrounds are hired, they have a good network and proper career and personal support so they feel welcome and want to stick around. In turn, they can help to build the more diverse department the committee is striving for.

“We want to support all people, but especially people from underrepresented backgrounds,” Washington says. “We realize that they may face different challenges being in academia.”

Focus on education and continuing the conversation 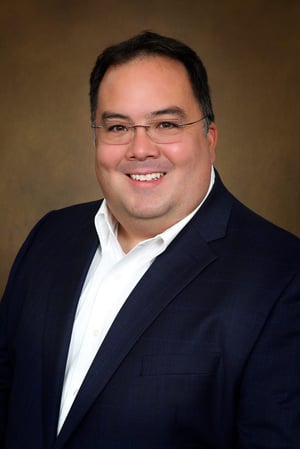 To create a long-lasting culture of equity in the surgery department, the DEI committee also has a focus on education. That includes Shimamoto’s trainings as well as his regular appearances at Grand Rounds, weekly educational sessions attended by doctors, residents and fellows from across the Anschutz Medical Campus. The committee hopes eventually to launch a DEI academic curriculum for the Department of Surgery.

“We also will have a lecture series where we can do a deep dive on things like gender equity in surgery,” Washington says. “And a DEI annual lectureship where we invite a professor, someone from an underrepresented background in surgery, and talk about their expertise and challenges they may have faced in their career.”

The inaugural DEI lecture, scheduled for February 22, will feature Robert Higgins, MD, surgeon-in-chief and chairman of the Department of Surgery at the Johns Hopkins Hospital.

“We want to build a communal knowledge base on DEI issues so we can move forward as a community and keep building,” Washington says.

Among the committee’s other long-term goals are to increase diversity in leadership positions, to increase mentorship opportunities for faculty members of color and to create an environment that faculty and staff feel is inclusive.

“This will involve doing things like looking at resources to make sure they’re equitable, conducting climate surveys to see if there’s a sense of belonging,” Washington says. “The first task will be collecting information about things like that. Once we get more information, we’ll be able to implement policy changes in our department.”

The end goal, committee members say, is to create a surgery department that is diverse not just for diversity’s sake, but for the sake of future doctors and patients seeking to give and receive care in an increasingly diverse world.

“When 13% of the U.S. population is African American but only 5% of MDs across the nation identify as African American, there’s a disparity,” Shimamoto says. “We want to not only foster Black students at the CU School of Medicine, but also encourage them to be surgeons so they would want to specialize in surgery and go through a residency or fellowship with us. Then ultimately, if they stay in the academic realm, to stay and be faculty. That’s a long road, and it helps on so many different levels. Even as our faculty of color or our female faculty are reflecting our students, they’re also helping our patients. Patients want to see people they can trust and that they connect with as well.”

Washington comes to her position as chair of diversity, equity and inclusion for the surgery department not just with passion, but with personal experience to back her conviction that change is necessary.

“I’ve always been one of the few Black women in any environment I’ve been in since medical school, and it can be isolating at times,” she says. “Having the opportunity or platform to improve that for anyone who feels isolated or underrepresented is a great opportunity. Everyone being able to show up as their authentic selves and have a sense of belonging at work is really important. It improves everything from individuals to patients to entire populations.”

Historically, academia and surgery are institutions that were primarily white and male, Washington says. “The challenge is overcoming that history and bringing more diverse voices into the community. It’s hard to be from an underrepresented group in surgery, and I think that can be discouraging.”

She says she is encouraged by the leadership of Richard Shulick, MD, MBA, chair of the Department of Surgery.

“He’s made it clear this is a priority for him. Even if we don’t have the diversity we want now, his support just moves us forward.”