The graduating physicians honored Friday at the University of Colorado Department of Surgery Resident and Fellow Graduation navigated portions of their training during an unprecedented time. The worldwide COVID-19 pandemic significantly altered not only surgery schedules and overall hospital operations, but the landscape of health care.

In the midst of this upheaval, “you showed a sense of duty, selflessness, grit, resourcefulness, compassion, and you were very nimble reacting to the ups and downs of the pandemic,” said Richard Schulick, MD, MBA, chair of surgery in the CU Department of Surgery. “I am so proud of your accomplishments.” 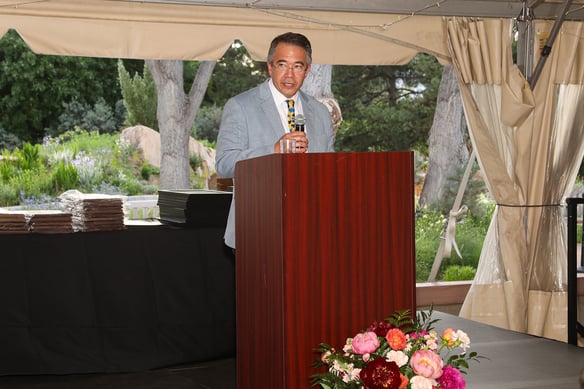 The graduates were recognized for completing surgery residencies or multi-year fellowships in the department’s multiple specialties, and in many instances further honored with awards from Department of Surgery faculty and their fellow residents.

Among those awards was the Golden Apple Teacher of the Year Resident Award, this year presented to Rashikh Choudhury, MD, who completed a general surgery residency and will continue his training in the CU Department of Surgery transplant surgery fellowship program. In the nomination for this award, Choudhury’s peers noted, “He made me feel integral to the team” and “He’s a true credit to the School of Medicine.”

Faculty members also were recognized, including Edward Jones, MD, associate professor of GI, trauma, and endocrine surgery and a U.S. Army reservist currently deployed. He was recognized with the Faculty Teacher of the Year Award presented by general surgery chief residents and honored as “an individual who exemplifies with it means to be an academic surgeon and educator,” said presenter and graduating general surgery resident Jason Samuels, MD, “He’s also someone who is making immense sacrifices for his community.”

In his written acceptance, Jones said, “I’m honored to have had the privilege of working alongside you. The sense of accomplishment and joy in your faces as you became good surgeons is all the thanks I need.” 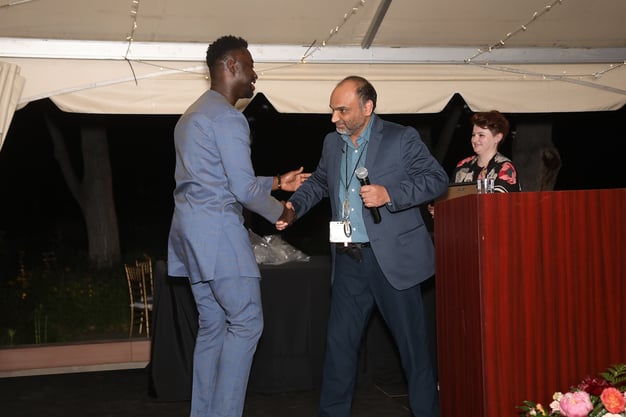 “Never forget the influence the faculty has had on you,” advised Mark Nehler, MD, program director of surgery residency and professor of vascular surgery. “You’re going to go out and start getting a lot of different voices in your ears, and realize you don’t fully appreciate your training until you’re done. But you went through multiple years of the pandemic, and you rose to the occasion and did what’s necessary.”

Excited for the next chapter

Wojcik noted that, “Surgical training has tough days and sometimes direct, real-time feedback. We call that a beat. But a beat is just a hug that hurts.” 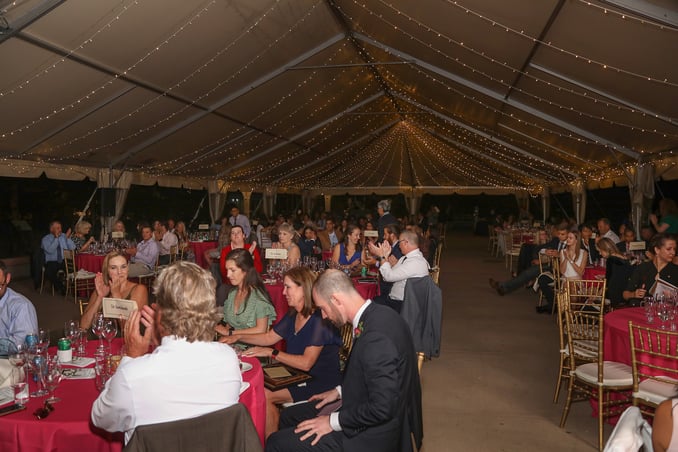 “I’m excited for the next chapter but sad to say I’m leaving what feels like my home now,” Tuaño said.

“You have learned, you have endured, you have saved lives, and you have proven yourselves ready,” Schulick told the graduates. “Similar to the quote from roman general and emperor Julius Caesar, ‘Veni, vidi, vici.’”