As a teenager, when everyone knew her as Michael, using the restroom designated for the person she knew herself to be wasn’t an option. She used the male restroom, joined the football team, and overthought every step she took and syllable she spoke, hoping it was enough to maintain the façade. Rarely did she have a moment of not feeling like she was playing a game she didn’t want to play.

So at her 50th high school reunion, Michelle LeFree finally walked into the restroom designated for her. She stayed in there a few extra minutes just because she could — because she owed it to teenage Michelle who’d had to stay hidden for most of her life.

It wasn’t a matter of wanting to be a woman, LeFree says, but of simply being one. Through a series of often terrifying but necessary steps over the path of decades, LeFree finally attained the wholeness with her body that she’d been seeking her entire life when she had vaginoplasty surgery on June 25.

She was 71 and acknowledges that Christodoulos Kaoutzanis, MD, an assistant professor of plastic and reconstructive surgery in the CU Department of Surgery who performed her vaginoplasty, could have turned her away for any number of reasons.

“He could very easily have written me off and said, ‘You’re too old; you have too many underlying conditions; you’re about to die anyway,’ but he didn’t,” LeFree says. “He saw that it was a legitimate opportunity to salvage whatever time I have left and for the first time be my true self.”

Never feeling right in her skin

When LeFree was a confused 5-year-old who had no way of understanding why she felt so wrong in her body, there were no words for her experiences and certainly no Transgender Awareness Week, being observed November 13 to 19, to recognize them. There were only the curtains in her bedroom that she closed tightly and the resulting darkness in which she quietly played with her doll.

“I don’t even remember how I got the doll,” she recalls, “I just knew I had to wait until my dad went to work and the neighborhood was quiet. It was unthinkable that I could let anyone know what I was doing or what I was feeling. I was the first grandchild in my family and the first-born of four sons, so I just had all kinds of pressure put on my shoulders.”

And yet, when she was sure nobody was around, she would sneak into her mother’s room and put on lipstick, then desperately scrub it off, terrified to leave even a shadow of it. She would put on her mother’s girdles and wear them for a few hours before putting them back in the drawer.

When Michelle was 12, she developed gynecomastia, or an enlargement of male breast tissue that often occurs at the onset of puberty. “Here I was developing breasts, and I thought all these prayers I prayed every night were being answered,” Michelle recalls. “But then my mother did what I’m sure she thought was the right thing and had them removed, and I couldn’t tell her what it was doing to me.”

Through high school and into her adulthood, Michelle wore Michael like a suit that didn’t fit. She played football, she married the first girl she dated, she reached height after height through college, graduate school, and into her career in medical technology and imaging research and development— a career that began at UCHealth University of Colorado Hospital when she was a teenager. She was known and respected in her field, she had a son and a daughter whom she loved dearly, and a lot of the time she felt like she couldn’t draw a deep breath.

On business trips, she would sneak to adult bookstores whenever she could, not to buy pornography but to buy a magazine called The Tapestry that was written by and for transgender women.

While working as a researcher at the University of Michigan in Ann Arbor, she saw an ad in The Tapestry for a therapist who could help her put words to what she was experiencing. “For the first time in my life,” LeFree says, “I didn’t have to explain myself, not that I ever had before. It made me feel like I’m not crazy and I’m not the only one with what I was still calling ‘this problem.’”

Over the years, LeFree tried peeling back her male costume in fits and starts – buying entire female wardrobes again and again, only to get rid of them in shame; driving an hour south of Ann Arbor to spend time with a group of transgender women; wondering if she could ever feel like anything more than a woman with a big red beard.

Finally, on an autumn weekend in 1995, she traveled to her now ex-wife’s family cabin in northern Michigan, ostensibly to winterize it but really for a journey of self-examination. She’d had the beard for more than 10 years, and she remembers standing in front of a mirror and knowing what she had to do. She picked up a razor and shed layers of wilted vines that had knotted and curled around her heart.

Finding the courage for honesty

After that weekend at the cabin, Michelle came home and told her family the truth. What followed were journeys of emotion and reflection for each family member. LeFree’s son and daughter were 8 and 10 at the time, “and I didn’t want them thinking I was going to be completely topsy-turvy and a completely different person,” she says.

“Before this, I’d gotten to the point of wanting to end my life, but they were a big part of the reason I didn’t. The counselor I was working with said, ‘Your children will fare far better watching you take a difficult issue like this head-on and with dignity and work through it than to see you end your life.’ That’s given me all kinds of strength over the years.”

When the children were little, LeFree would make up bedtime stories starring them, “so when it came time for me to tell them, I sat down with my ex and them on the living room carpet and basically said, ‘There’s this little boy I know, and he grew up knowing he was not a boy, he was actually a girl, but he couldn’t tell anyone.’ I said, ‘Do you know what this little boy’s name was?’ And I said Michael, and that’s when they realized.”

LeFree says there were times of hurt and resentment, but now she cites her children as her biggest fans and advocates who recognize the courage it took for her to step outside the door for the first time in a two-piece leisure suit with matching accessories. She began living her real identity, Michelle, at a time when stares and uncertainty were the frequent reactions.

She didn’t look back though, and moved to Montrose, Colorado, to reshape her life. She had been able to pay for an orchiectomy, the procedure to remove testicles, but insurance didn’t cover vaginoplasty and the cost would have been tens of thousands of dollars.

Two years ago, however, LeFree learned that the Medicaid PACE program, which offers all-inclusive care for the elderly, would cover many medical interventions for gender dysphoria, so she reached out to the UCHealth Integrated Transgender Program.

“One of the first things we do when we see a patient is to determine the patient’s goals and expectations so that we can formulate the best possible plan regardless of their age,” Kaoutzanis says. “We are very lucky because we have an integrated transgender program, a multidisciplinary team with all the relevant specialties, such as urology, gynecology, endocrinology, psychiatry, social work, and primary care.

“This is extremely important for supporting our patients because with the help of all our trained specialists they can explore their options and achieve their goals and what they want for their lives.”

For Michelle, the goal was wholeness, and to look in a mirror and see someone she recognizes rather than the stranger who had shadowed her for 70 years. After her vaginoplasty surgery in June, she remembers calling down to the hospital gift shop and asking the clerk if the shop carried “It’s a girl!” balloons. The clerk said yes, but couldn’t accept LeFree’s credit card over the phone and asked if someone had just had a baby.

“I told her, ‘No, that balloon is for me,’ and 10 minutes later I had a balloon in my room,” LeFree recalls with a laugh.

As for the first time she saw herself in the mirror, several days after surgery because she was swaddled in bandages and tape and had to have a catheter, she can only describe the peace.

“I tell people that I was lost at sea for 71 years, but suddenly I found home port for the first time,” LeFree says. “I just had this overwhelming feeling of being at peace and feeling whole for the first time instead of like a bunch of disparate parts. I was finally seeing myself, the real me, and I’d waited my whole life for that moment.” 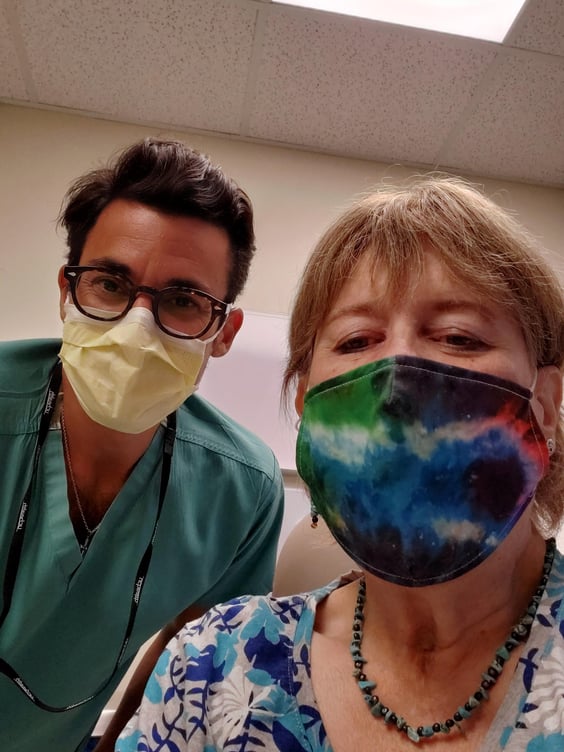 She happily refers to Kaoutzanis as not only an artist and magician, but as her hero. She returned to Montrose and her life with her partner of 20 years, Betsy, where she makes and sells custom harmonica cases and the 3D-printed harmonica microphone she invented through her business, SilverWing Leather.

Though she is currently dealing with health issues unrelated to her gender transition, LeFree says not a day has passed that she hasn’t felt soul-deep peace and gratitude that she’s Michelle inside and out.

“Dr. Kaoutzanis could have told me no for any number of reasons and there wouldn’t have been anything I could do about it, but he didn’t. I’m so happy and so fulfilled and so gratified,” she says. “I get to wake up every morning and feel like myself.” 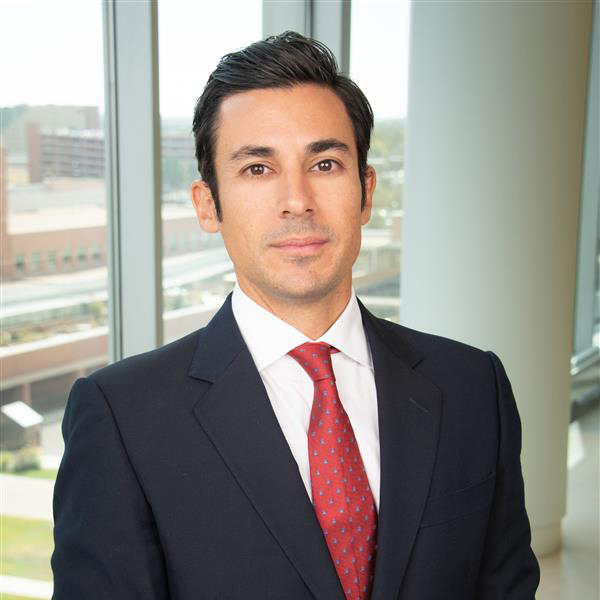