It wasn’t his first stroll through a teeming Kathmandu market, his first taste of momos, or even his first view of the Himalayas that weaved a piece of his heart into the fabric of a country 12,000 miles from his Denver home.

When Frederick Grover, MD, former chair of the University of Colorado Department of Surgery and professor emeritus of cardiothoracic surgery, first landed in Nepal in November 2000, it was the people he met who made him feel like he’d found a second home.

“The kindness people showed me, the welcome they gave, the warmth, was truly exceptional,” Grover recalls. “Even though that first trip wasn’t a medical visit, I could see that people would welcome us as partners in working on public health issues that people in many areas of Nepal face.”

Since that initial trip, which was sponsored by Montview Boulevard Presbyterian Church in Denver, Grover returned to Nepal 16 times, helping to establish and grow partnerships between Nepali and University of Colorado clinicians. Grover has been involved with initiatives including the founding of the Jayanti Memorial Trust, which serves cardiac patients throughout Nepal; grant funding for cardiac initiatives through Every Heartbeat Matters; and the establishment of nutritional rehabilitation homes throughout Nepal in partnership with the Nepal Youth Foundation.

Asking how to help

Before he first visited Nepal, Grover had talked about it with friends from Montview Boulevard Presbyterian Church. They were a married couple who had spent significant time there early in their marriage, and when the man in the couple died, his ashes were scattered in Nepal.

“That’s what first got my wife and I interested, so when our church put together this trip to Nepal in November and December of 2000, we decided to go,” Grover says. “We had over 40 people, and even with it not being a medical trip I started to see places where we might offer to partner with Nepali cardiologists and cardiac surgeons, or partner on nutrition programs.”

Grover previously met Bhagawan Koirala, MD, a cardiothoracic surgeon who is one of the pioneers of open-heart surgery in Nepal, through professional organizations and at a conference in Toronto, where Koirala completed a fellowship. Grover reached out to his Nepali colleague and asked, in essence, how he could help.

"It’s important to build those relationships where we’re there to support them and contribute our skills and resources in these partnerships."

That was the beginning of a longstanding friendship and partnership that collaborations focused on some of the most pressing health issues in Nepal.

“One of the areas that’s been a particular focus is rheumatic heart disease, which is still very much a public health concern in Nepal and we’re seeing a lot of cases diagnosed,” Grover explains. “There’s a lot of mitral valve and aortic valve disease, so on our following visits we began working with our Nepali surgical colleagues on open valve replacements. In our last couple of visits we worked on establishing transcatheter aortic valve replacement and training on some new techniques.”

As he made more trips to Nepal and fortified relationships with colleagues there, Grover reached out to University of Colorado School of Medicine cardiac colleagues including nurses, residents and fellows, and other faculty members, including Robert Quaife, MD, a professor of clinical practice in cardiology, and David Campbell, MD, a professor of cardiothoracic surgery, who have made a number of visits to Nepal.

His son, Frederick L. Grover, Jr., MD, a family practice physician in Aurora, and daughter-in-law, Theresa Grover, MD, a professor of neonatology in the CU School of Medicine, also have made multiple visits to Nepal.

Through all his time in Nepal, Grover said one of his most important lessons is to approach the work he’s done there and the relationships he’s built with humility and respect.

“When you’re a guest in a country, you don’t want to be obnoxious or heavy-handed,” Grover says. “You don’t want to come in with an attitude of, ‘We’re Americans and we’re here to tell you how it should be done.’ You want to take your cues from the people who live there and who work in those communities every day, and ask them what they need. It’s important to build those relationships where we’re there to support them and contribute our skills and resources in these partnerships.”

By asking those questions, the congregants at Montview Boulevard Presbyterian Church learned that nutritional rehabilitation centers could have a tremendous impact and raised almost $180,000 to contribute to building several throughout the country. They collaborated with international foundations established in Nepal to support it.

Through the multiple organizations with which Grover has partnered, he has provided surgical care at hospitals across Nepal, which also has afforded him the opportunity to meet a broad range of people throughout the country. It also has allowed him to take in the rich geographical diversity, including a trek to Mt. Everest base camp.

“COVID really threw everything off, so I haven’t been able to go back since 2019, but I’m looking forward to going again,” Grover says. “My experiences there have been extraordinary, and remind me how important it is to share our knowledge and build these relationships that can make a tremendous difference.” 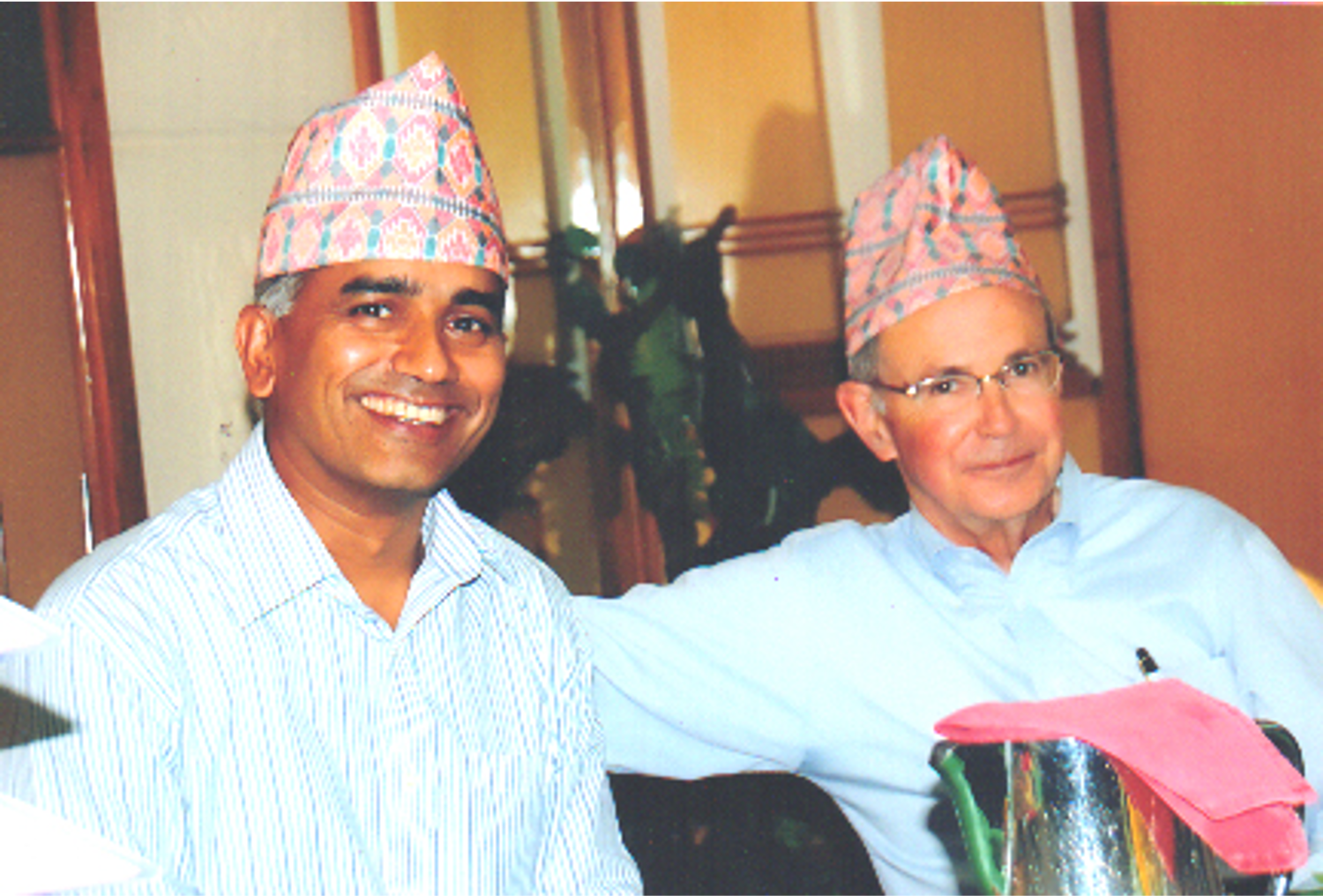 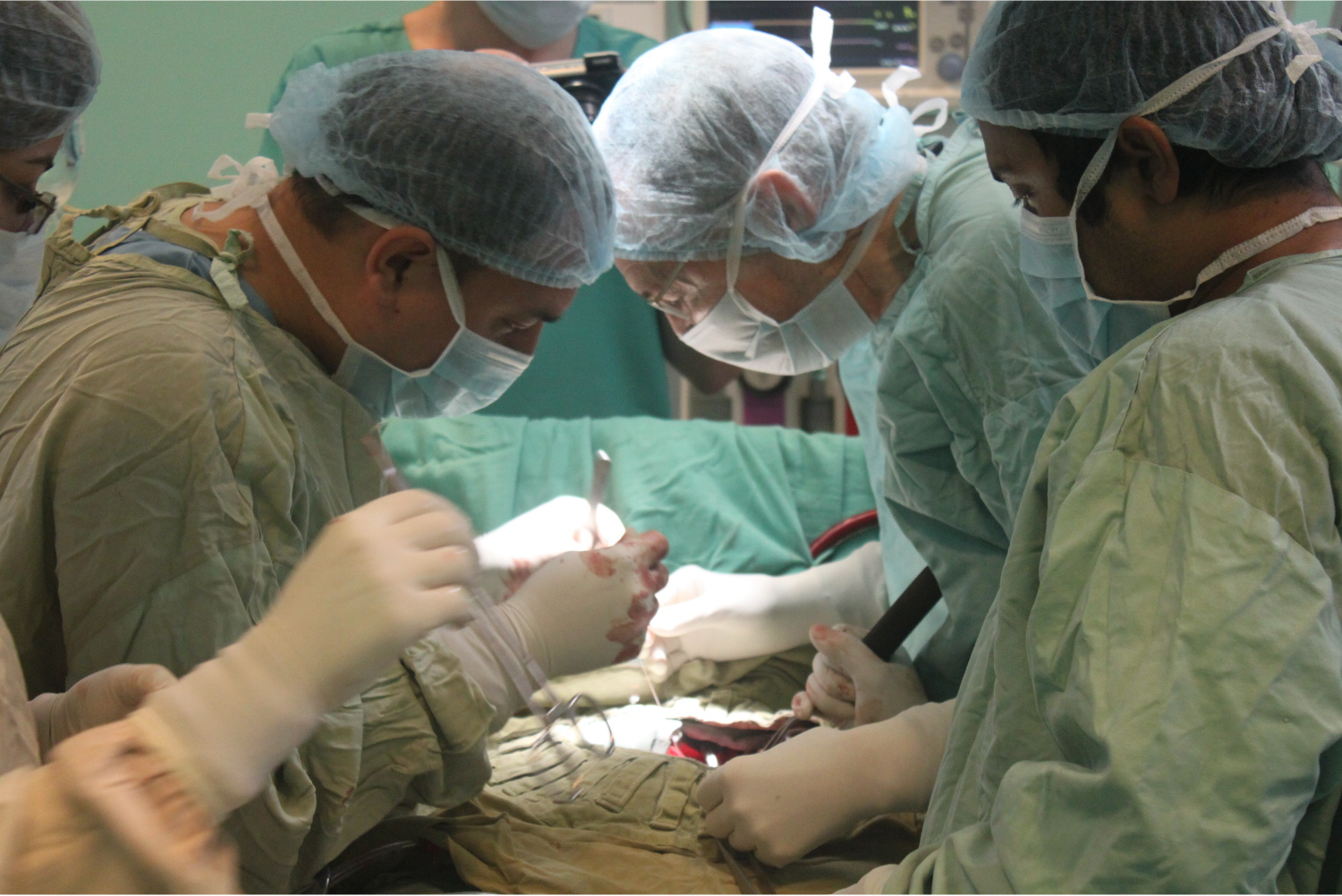 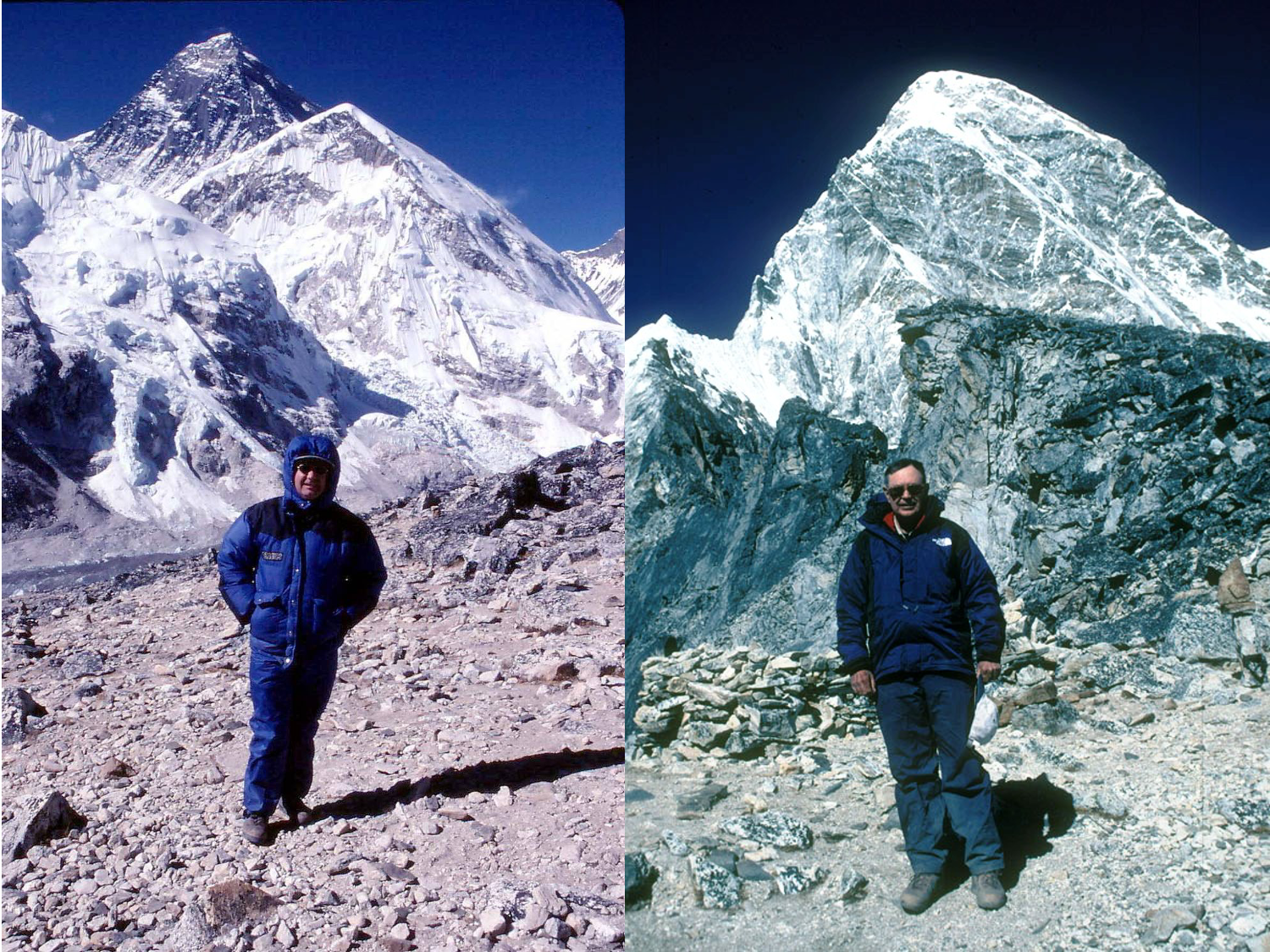 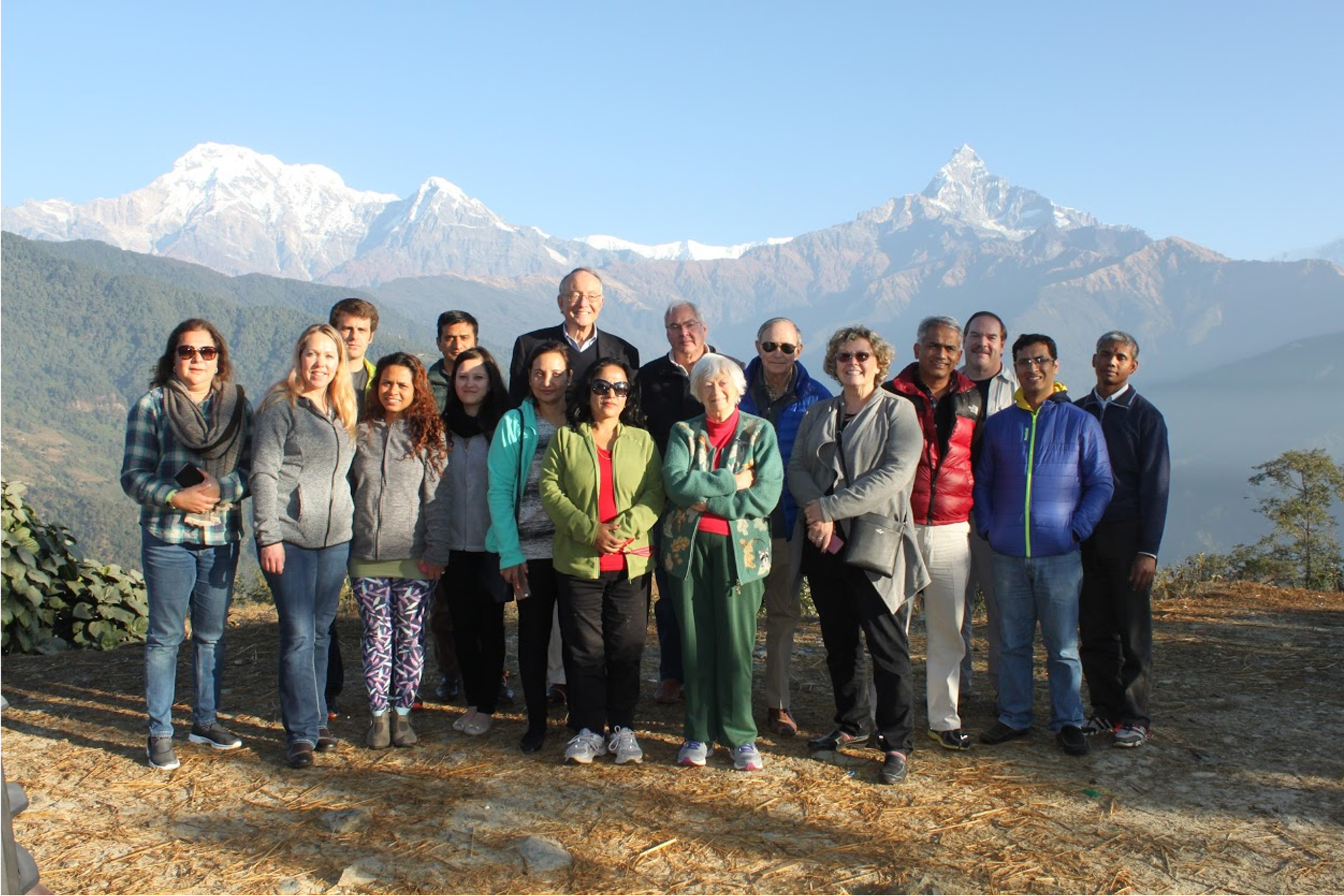 Frederick Grover, MD, back row in sunglasses, with Nepali and U.S. colleagues. 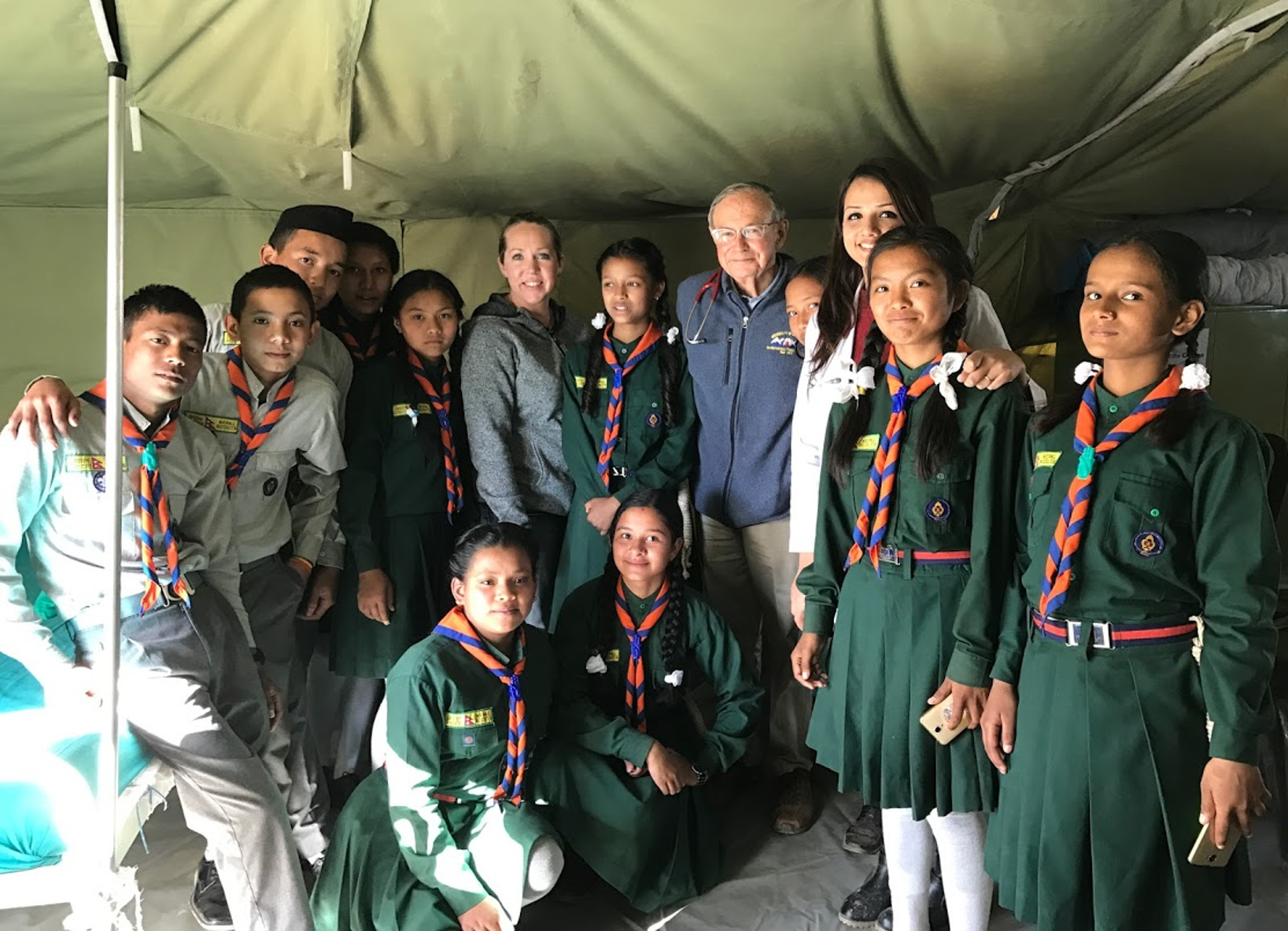 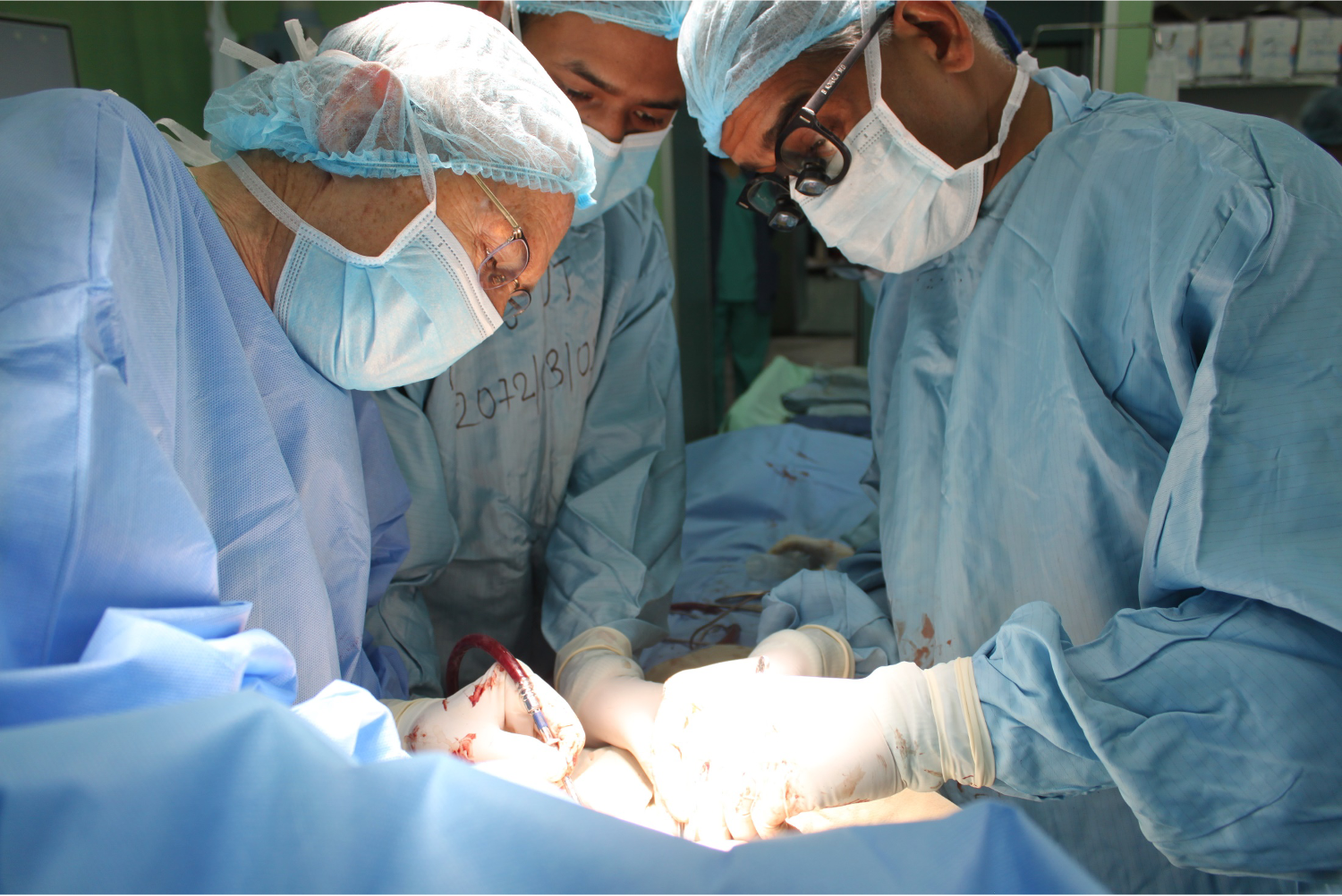 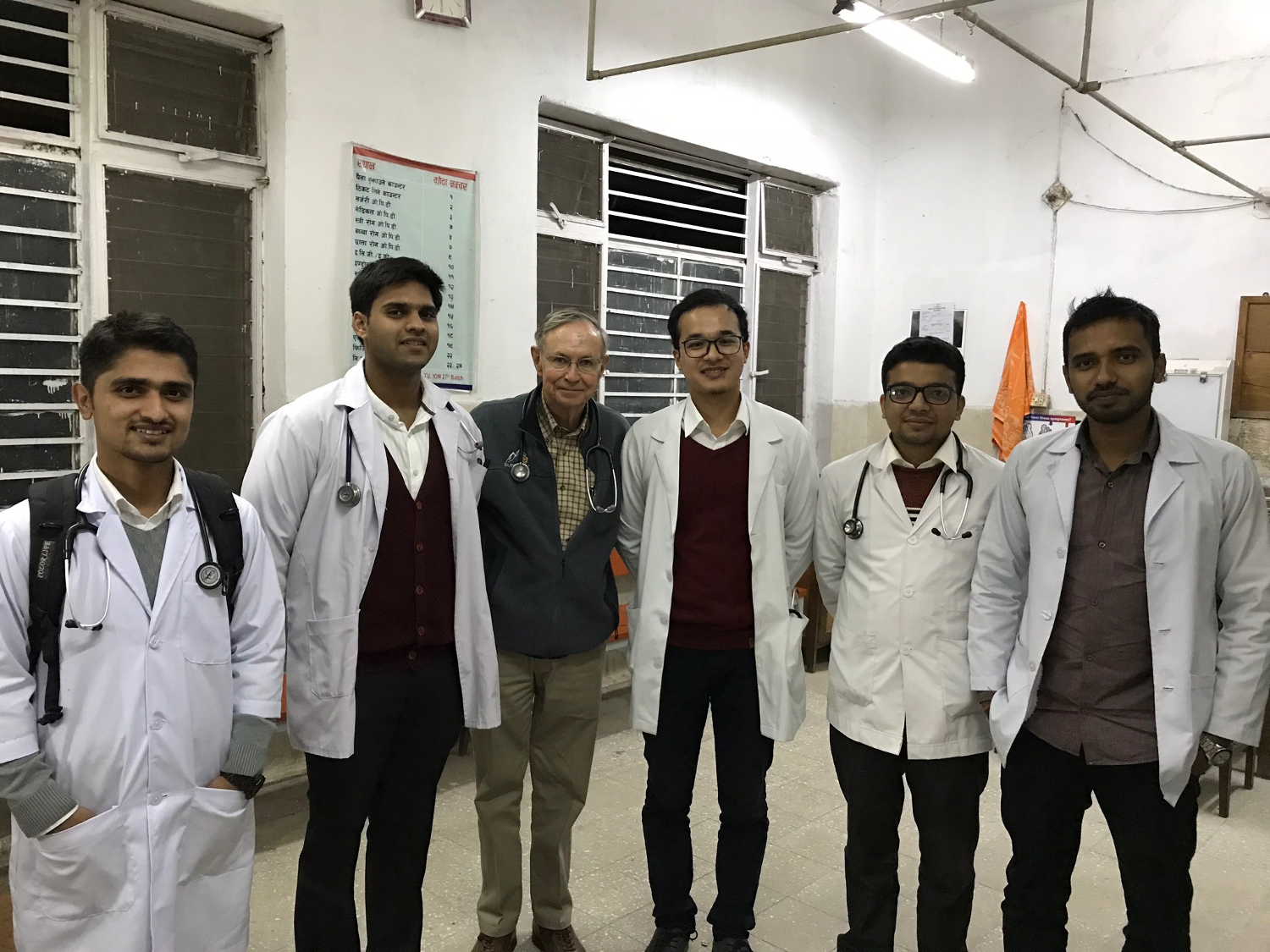 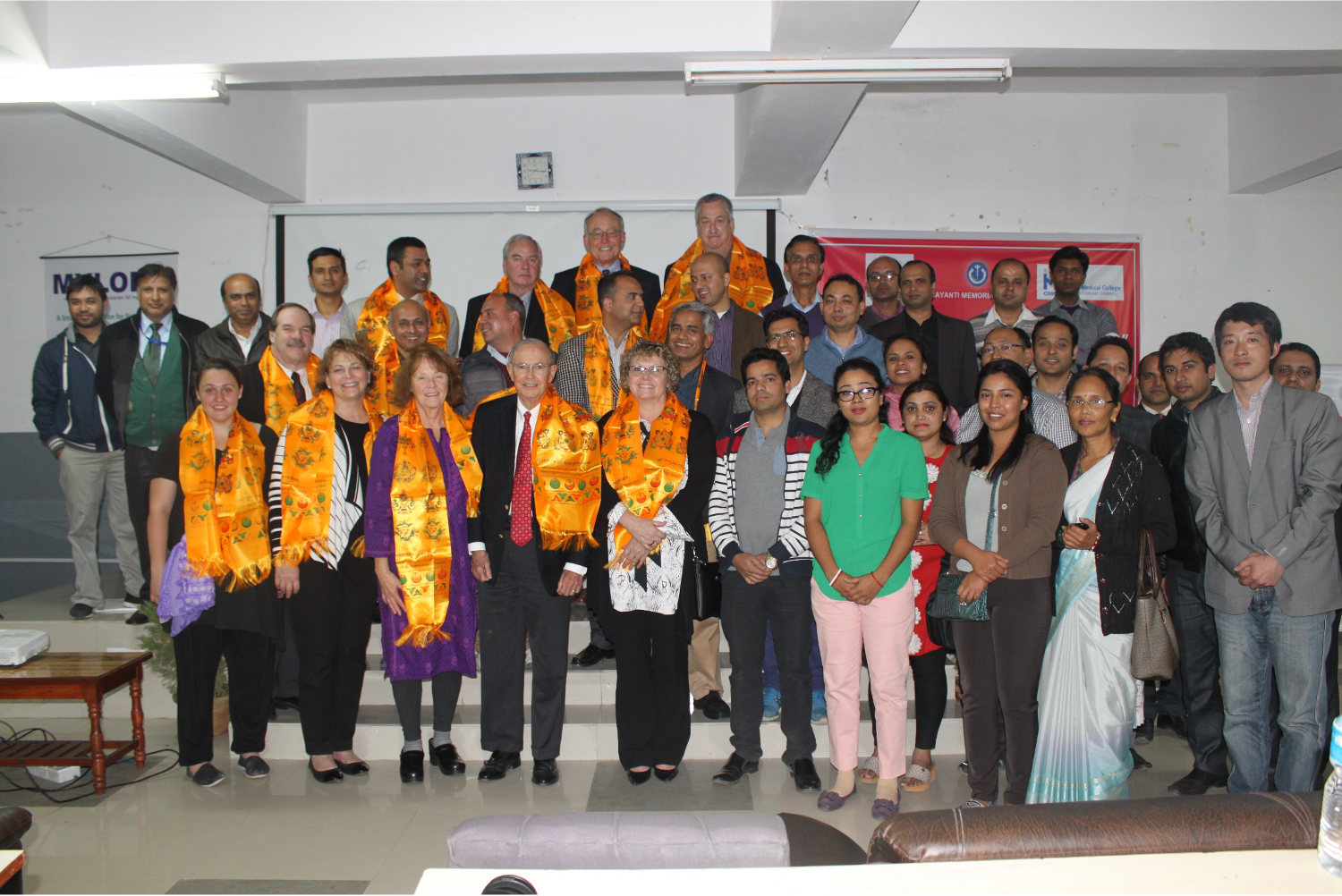 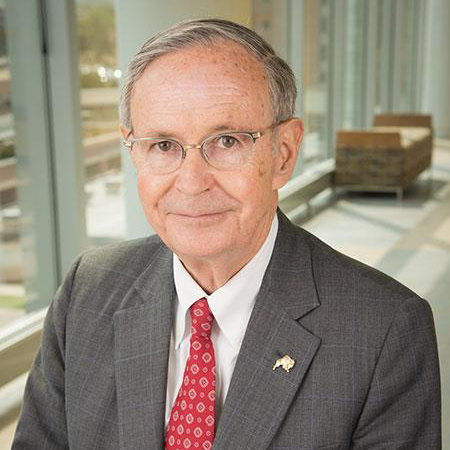