As a resident in the Department of Surgery at the University of Colorado School of Medicine, Heather Carmichael, MD, was accustomed to the emotional remove doctors have from their patients. The distance that allows surgeons to cut into someone without hesitation or to deliver bad news without falling apart.

But when her son was born with a congenital diaphragmatic hernia (CDH) — a hole in the diaphragm that allows abdominal organs to move into the chest during fetal development, hindering lung and heart development — Carmichael found herself torn between the surgeon’s remove and the concern of a mother worried about her child’s survival. She wrote a personal essay about the experience that was published in January in the New England Journal of Medicine. 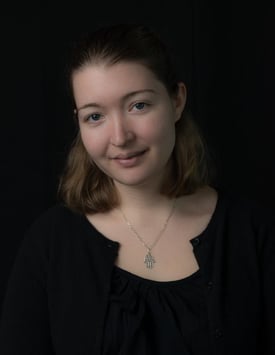 I did not know if I wanted you to become a child, my child, whom I could love and therefore lose. It was easier to see you as a patient, to imagine that you were that other baby, the one I cared for in the same room just a few years earlier, when I was an intern diligently holding a retractor for the same operation you had at just two days old.

Carmichael’s son is now almost 2 years old; in February he celebrated his one-year anniversary of leaving the hospital. He was there for 10 months, during which time he underwent open heart surgery and was placed on machines to handle his lung and heart functions.

“It was a very unusual experience because not only am I familiar with medical stuff, but CDH, at least early on, is primarily a surgically managed diagnosis,” says Carmichael, who as a resident completed regular rotations at Children’s Hospital Colorado, where her son was born. “I knew all the people who were taking care of my son, and I was very familiar with the hospital. I’m not a pediatrician, but I knew a lot about what was going on. Even when we first found out about his condition, I knew a lot already about what that meant.”

The good and bad of a medical background

In some ways, her medical experience was helpful, she says, as when her son was intubated. “It was not the first person or the first baby I had seen being intubated, so that was not really scary,” she says. “I knew what all the equipment was and what it did.”

In other situations, Carmichael says, being a physician made things more difficult, as she knew just how risky certain procedures are or how concerning a specific finding was. She felt her natural defense mechanism kicking in.

Sometime after the delivery, I was taken back to a recovery room. The nurse brought me a breast pump; a lactation consultant walked me through the pages of a pamphlet. I sat in the quiet dark, listening to the tick-tick-tick-tick of the machine counting out the requisite time. I thought about you, but I was the surgeon, and to me you were some other mother’s baby, one of many fighting for your life down that long, narrow hallway of the NICU.

Later in the essay, Carmichael describes the bond that eventually formed between her and her son.

My surgical armor shifted, slipped, cracked. As you gradually opened your eyes and looked into mine, as I felt your tiny but firm hand clasp around my finger, you slowly claimed me as your own.

“I wrote the essay about my personal experience, and I’ve been surprised by how much other physicians have related to what happened,” she says. “I’ve had people reach out to me who had similar experiences with having a child in the NICU, but it’s also been a lot more broad-reaching as far as having a child or a family member who’s ill, and navigating your work life — a place you’re very used to in a professional scenario, like a hospital — in a personal scenario.”

She also has been surprised to find that others shared her experience of detaching during similarly stressful situations and feeling like they weren’t developing personal relationships with their babies. In fact, she discovered, many mothers find it difficult to bond with their newborns, even when there are no complications around the birth.

“I thought I was in this weird situation that nobody else had been in, but it’s more common than I thought,” she says. “It’s more widely relatable than I thought it would be.”

As she prepares to return to her residency this summer, Carmichael says she now has more empathy for what patients might be going through.

“I got a lot of experience with the frustrations that patients experience,” she said. “There’s this whole social and logistical side of medicine you don’t always get experience with on the physician side. A lot of things we don’t think about, in terms of the financial strains around medical care or the stress around some of the logistical strains, like getting the medication you have been prescribed or making the treatments you’ve been recommended happen.”

Though the essay was difficult to write, she says, it was a cathartic experience that helped her process some of what had happened. She is proud that it was published, but putting her story into the world presents its own set of challenges.

“There are a lot of things my husband and I have been very private about, and we were pretty private about sharing what was going on when it was happening,” she says. “We have every reason to be very hopeful that our son is going to grow up have a fulfilling and somewhat ordinary life, and so having all of this information out about him that’s accessible to him and accessible to other people is an interesting experience.”

Eventually, I could hold you, and bury my face in your hair, and smell your soft-sour scent. And suddenly you were a child, my son. And I could love and therefore lose you.