Tommerdahl, an assistant professor of pediatric endocrinology at the University of Colorado School of Medicine, is lead author on a recent study that analyzed data from the Atherosclerosis Risk in Communities (ARIC) Study — a prospective cohort study of 14,207 adults aged 45 to 64 years — to see if coffee consumption had any effect on the incidence of acute kidney injury (AKI).

“ARIC was a prospective cohort study that was done in multiple communities throughout the United States, and it initially started back in the 1980s,” Tommerdahl says. “ARIC followed these individuals for around 25 years and evaluated a variety of risk factors for atherosclerosis — or hardening of the arteries. We completed a secondary analysis to evaluate the risk for AKI, and how that associates with self-reported coffee intake.”

In a population of more than 14,000 participants, Tommerdahl and her fellow researchers identified nearly 1,700 episodes of AKI — defined as a sudden episode of kidney failure or kidney damage that requires hospitalization. The data showed that people who self-reported drinking any amount of coffee had an 11% lower incident risk of AKI — and the number lowered even more with increased coffee consumption.

“This particular study showed there was an association, but we can't yet say why. Further evaluation of the underlying features of coffee is necessary,” Tommerdahl says. “There could be an association with caffeine or the bioactive compounds in coffee, or it could be due to water intake and how that interacts with your kidneys. The association between coffee intake and risk for AKI needs further study.”

More answers may be found as the result of a related paper on which Tommerdahl also is lead author — this one looking at the results of a pilot and feasibility study by CU School of Medicine faculty member Petter Bjornstad, MD, associate professor with a dual appointment in pediatric endocrinology and adult renal diseases and hypertension, that evaluated the effects of coffee on adolescents with type I diabetes.

Study participants were given a 10-day course of caffeine with cold brew coffee, and their kidney function was evaluated before and after starting the coffee regimen.

“In a small cohort of 10 adolescents with type 1 diabetes, we evaluated the effects of a single cold brew coffee once daily for 10 days on kidney function,” Tommerdahl says. “We looked at gold standard measures of kidney function, and then evaluated how they changed over the 10-day treatment course. We found no change in kidney function metrics over the course of the study, but the study itself was tolerated well from an adolescent perspective. Future directions include studying a larger cohort of individuals and including a longer duration of treatment.”

Next steps in the research

Both studies show the need for further evaluation of the effects of coffee on the kidney, and comparing it to other beverages that do and do not contain caffeine. Tommerdahl and her fellow researchers are hopeful, as coffee has previously been shown to lower the incidence of chronic kidney disease.

“The optimal next step would be to administer individuals various types of coffee substances, while directly controlling for the type of coffee and the amount of caffeine, and comparing to people who don't have the same exposure with assessments of kidney function,” Tommerdahl says. “We would also want to control how the coffee was brewed — was it cold brew? Was it hot coffee? All of those features affect how the coffee is metabolized and how it exerts its effects in the body.”

Another possibility, Tommerdahl says, is isolating caffeine and studying the effects purely of the chemical, without the water and biological compounds that go along with drinking a cup of java.

“We're considering a future study involving administration of a caffeine load with pre- and post-exposure kidney MRIs and kidney function testing to see how the kidney responds directly to caffeine,” she says.

Any positive results of coffee on kidney function is helpful in pediatrics, where providers are always looking for ways to prevent long-term kidney disease in children, especially those with diabetes.

“Our studies have shown that even kids who are pretty early in their diagnosis of diabetes and are healthy are still seeing changes in their cardiovascular and kidney function,” Tommerdahl says. “Anything we can do to help them improve their long-term health outcomes can be really valuable.”

“Also, many young people today are drinking coffee, energy drinks, and tea regularly, all of which contain caffeine, so having a better sense of how that affects their long-term health is going to be important,” she continues. “Coffee is the most consumed beverage worldwide, so having a better understanding of its effects on our kidney and cardiovascular systems will be beneficial.” 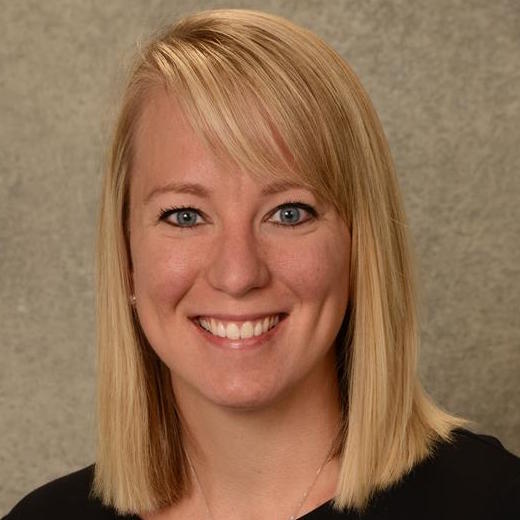