The new University of Colorado School of Medicine at Colorado State University (CU SOM at CSU) branch campus will welcome its first four-year cohort of 12 medical students in Fort Collins this July. The branch will provide new avenues for clinical training for students as well as an opportunity to collaborate with another of Colorado’s top universities.

Classes will be held in the CSU Health and Medical Center, which opened in 2017. The fourth floor was intentionally left unfinished when the building was originally constructed, and the new medical school space was completed in April 2020. But while the facilities may be brand new, the collaboration has been a long time coming.

“People have been talking about this idea for several years,” says CU School of Medicine Associate Dean for Education Suzanne Brandenburg, MD, who is leading the establishment of the new branch. “When we looked at the resources and expertise of CSU that complement our goals as a medical school it made sense to explore a partnership, since these are two of the powerhouse research and education institutions in the state.”

CSU is well-known as one of the best veterinary schools in the country (it was ranked No. 3 by U.S. News & World Report in 2019), but did the idea of a medical school partnering with a veterinary school raise any eyebrows?

“I think there was a little bit of surprise at first,” Brandenburg says. “But the two schools already have a robust collaboration in the broader health care space.” She notes that CSU is affiliated with the Colorado Clinical & Translational Sciences Institute (CCTSI), a program created on the University of Colorado Anschutz Medical Campus and funded by the National Institutes of Health to help accelerate the transformation of clinical and translational research and training efforts into improved health and patient care.

“There’s a significant amount of research happening at CSU that crosses from animals to humans,” Brandenburg adds, citing breakthroughs in both cancer and cardiovascular research that began with animal studies before moving to human trials.

Brandenburg says the pairing aligns well with CSU’s “One Health” framework, a holistic, transdisciplinary approach to health care that focuses on the intersection of human, environmental, and animal health.

“I believe an endeavor of this scale needs to have a vision to guide it, and as I learned more about the One Health concept, it really brought together the goals of CU and the strengths of CSU. It speaks to the ultimate outcome we hope to achieve,” Brandenburg says. “We need our future health care professionals to think about the big picture and work together to create a healthier society.”

“The medical community in Fort Collins is top-notch, and there are a lot of integrated health care options for students to follow patients through their healthcare journeys,” Brandenburg says. “The fact that it’s a smaller metro area means we can educate the medical students in a manner that will help them understand their whole community.”

Although the 2025 cohort won’t matriculate for a few months, some students have already begun taking classes at the new branch and embedding themselves in the Fort Collins health care community. A group of 11 students from the CU Anschutz campus transitioned to the CSU branch for their third year of medical school mid-pandemic last June. Brandenburg says the feedback from both students and faculty has been extremely positive, which is a testament to the high caliber of both the students and the Fort Collins-based clinical preceptors. 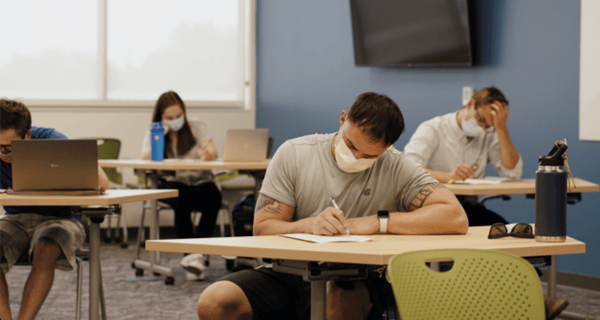 “I wanted clinical experience in a community hospital and clinic setting that would emulate the environment I’m most likely to work in as an attending physician,” says Sophia Wolfe, one of the CU students who is attending the new branch. “Since the community is smaller than Denver, I’ve seen the same patients in multiple settings and specialties, which has helped build stronger trust with them.”

Wolfe also mentioned that because there are fewer residents than in Denver, each student receives extensive hands-on learning experiences, especially in fields like surgery and obstetrics.

Looking towards the summer and welcoming the new class

Both Brandenburg and Wolfe hope that the vaccine rollouts for COVID-19 will allow current and incoming students to take full advantage of the new facilities soon. The open and airy space is built for collaboration. Small classrooms with movable desks and screens on each wall replace large lecture halls, and there are multiple conference rooms for individual study and group work. There’s even a virtual reality lab for learning everything from basic anatomy to how to read radiologic images. 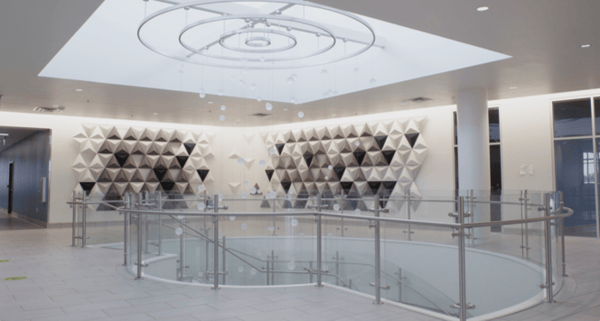 Inside the CU School of Medicine CSU branch campus in the CSU Health and Medical Center.

For the first four years, each cohort at the new branch will be limited to about 12 students, but Brandenburg says she sees the program expanding in the future. There will also be some crossover between the Fort Collins campus and the Anschutz campus.

“We want our incoming students to build community with the entire medical school class, so there are going to be times when they will spend time at the Anschutz campus learning with the larger group,” Brandenburg says. She adds that during the students’ fourth years there will likely be clinical rotations that are only available at the CU Anschutz Campus and affiliates in a traditional academic medicine setting as they prepare to enter residency.

However, Brandenburg believes the new branch campus will also be a boon for students at Anschutz. “As one example, we're building some exciting research connections that I think are going to resonate with some of them,” she says. “This collaboration is a win-win on so many levels for both institutions and for all of us.”