A research-based training program for South African paramedics led by the University of Colorado School of Medicine is improving South African trauma care while also identifying innovations that U.S. military combat medics could use to treat battlefield wounds.

Nee-Kofi Mould-Millman, MD, associate professor of emergency medicine at the University of Colorado School of Medicine, this summer described how a South African paramedic – a participant in his innovative educational and research program in the Western Cape of South Africa – helped save a life.

“I remember one day when I was doing a site visit, I had one of the paramedics say, ‘Hey doc, you know the scenario we discussed in the module yesterday in the back of the ambulance? The same scenario we were taught happened the next morning in rush hour traffic.’”

“‘The patient was mangled,’” the paramedic continued, adding that he had applied what he had learned the previous day. “‘The things I usually did before the training program, I instantly didn’t do them anymore. I started doing all the things that we trained on the day before. I was able to apply all that knowledge and those skills right there at the patient’s side.’”

That novel back-of-the-ambulance training was provided through the C3 (Cape-Colorado-Combat) Global Trauma Network, a research initiative at the CU School of Medicine that is evaluating and developing the best ways to treat grievous injuries in dire, resource-limited, prolonged care conditions.

Using 15-minute trainings once a week in the back of ambulances, Mould-Millman and his fellow researchers are generating data that also can be useful for medics in other resource-constrained settings globally, and by the U.S. military when they are treating combatants with battlefield injuries.

Earlier this year, Mould-Millman’s research program announced that it received a $7 million award from the U.S. Department of Defense to study prehospital trauma care and military-relevant clinical outcomes.

The study was developed with support of the Center for COMBAT (Combat Medicine and Battlefield) Research, which was founded and is led by Vik Bebarta, MD, professor of emergency medicine at CU School of Medicine. The five-year, multi-center study builds on his prior NIH funding and Mould-Millman’s 10-year research relationship with community leaders in South Africa. 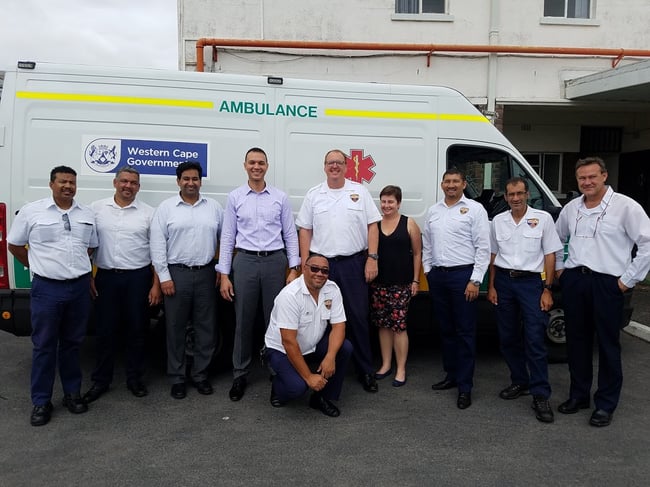 The study aims to answer high-priority civilian- and military-relevant questions related to early resuscitative interventions and the influence of time on clinical outcomes for critically injured trauma patients where time to definitive care if delayed.

So, how does it happen that an emergency medicine physician in Colorado who studies traumatic injuries in South Africa helps the U.S. military improve care in in the battlefield?

It starts with the interests and expertise of Mould-Millman, who joined the CU School of Medicine faculty in 2013 after completing global health and prehospital care fellowships at Emory University in Atlanta.

“I am a clinical scientist with a primary focus on pre-hospital care and resuscitation, specifically of the critically injured patient,” Mould-Millman says. “I am most interested in resource-limited and austere settings. Geographically, my passion is really in sub-Saharan Africa, but I also maintain a portfolio of research here in the U.S.”

Then there are the obvious needs of military personnel to provide emergency care to those wounded in combat, particularly on the battlefield or in transit to a hospital. As many as 25% of combat deaths are potentially preventable with rapid interventions in those prehospital settings.

Connecting with the COMBAT Center

The COMBAT Center was established to provide expert consultation to physicians, basic scientists, and academic and military leaders, and to foster relationships that produce successful innovations, material solutions, and knowledge that has high impact for war fighters.

“The way it works is we identify the DOD [U.S. Department of Defense] needs,” says Bebarta, who is also colonel in the U.S. Air Force Reserve. “We ask, ‘What are the capability gaps for the future battlefield?’ And then we look at investigators in the department or on campus who could potentially address them.”

Mould-Millman’s personal experience, his connections in South Africa, and the medical needs of the population were a good match for needs identified by the COMBAT Center.

“South Africa unfortunately has one the world’s highest morbidity and mortality rates from trauma,” Mould-Millman says, noting that socio-economic issues continue in the country decades after the end of apartheid.

“There’s a lot of interpersonal violence and severe injuries from gunshot wounds, from stabbings, from accidental injury, from head trauma due to assaults, from severe motor vehicle crashes, from building fires, for example,” he says. “And a lot of these come from the very destitute and impoverished townships. These are high-density urban areas, informal settlements that are rampant with gang warfare and violence. And this is, sadly, the source of a ton of the burden of trauma.”

Another factor that makes the Western Cape of South Africa an applicable study location is the structure of its health system, Mould-Millman says.

“South Africa has a tiered system of care,” he says. “You start out at a community health clinic or district hospital, and if you need a higher level of care, they’ll move you to the next level up, which is the regional hospital. And then if that doesn’t work out, then you get moved up to the highest level, which is the tertiary care center.”

Transferring up the tiers can delay necessary care up to 24 to 48 hours.

“That mirrors some challenges that the military has, which is the prolonged care of patients during transport from the battlefield to the next level of care, all the way up to when a patient arrives at a huge facility either in Europe or in the U.S.,” Mould-Millman says.

Timely care and improving patient outcomes are more than an intellectual pursuit for Mould-Millman, who grew up in the west African nation of Ghana. It’s personal too.

“To be honest, growing up, I saw my fair share of both strangers and people I knew and loved die from trauma, or have grave morbidity, as a result of trauma and a lot of things that now I’ve come to realize were actually quite preventable,” he says. “I’ve had three friends, close friends, and two relatives die. And myself, as a child, I had a bad injury and I received some very suboptimal care, to be honest, that left me with a lifelong scar and a protracted treatment course. I had an open fracture of my forearm.”

Rushed to a nearby hospital, he was treated, but the standard of care was not ideal.

“I remember the doc and the nurse had my family step out,” he says, “and not a drop of anesthesia, not a Tylenol or a Motrin, nothing. As the fracture was reduced, my wound was washed out, no antibiotics, plaster cast put on, and I was shipped home. Four or five months later, it’s still healing and my arm was severely atrophied. That sort of thing makes an indelible scar, and impression on your mind, to say what can I do to make sure that others get better care and not suffer the way that I suffered.”

Building a network of collaborators

Over the past decade, Mould-Millman has developed a network of collaborators in South Africa and in other sub-Saharan African countries, including Kenya, Ethiopia, Ghana, and Zimbabwe.

Working with Bebarta, Mould-Millman created C3 Global Trauma Network. Together, with Adit Ginde, MD, professor of emergency medicine, and vice chair of research, they matched their skills and passions to the needs of the military.

For this project, Mould-Millman has assembled a research team and 10 participating hospitals, EMS sites, and pathology laboratories in the Western Cape of South Africa. He also has an advisory team of uniformed officers and military surgeons in the United States, and emergency physicians, nurses, and surgeons in both countries.

The team builds off a previous study with ambulance services in South Africa resuscitating patients who were bleeding to death. That study was a proving ground for the team and for military officials.

“I think we sort of blew them away when we were able to recruit 700 patients in hemorrhagic shock in about a year and a half, which would take one hospital in the U.S. about 10 years to do,” Mould-Millman says.

The team recently completed the initial phase for the current study. This phase was designed to outline questions researchers want to answer and set up ways to measure the work: What are the most impactful interventions in prolonged care situations? When should those interventions be delivered? When do organs fail as a result of delayed resuscitation? Now their plan is to recruit 30,000 patients by 2024.

“As a global health scientist, I think I’m well attuned to the ethical sensitivities and the moral dilemma of doing research in lower-income countries,” he says. “First and foremost, the research population, the South African population, are the primary beneficiaries of the work. We must make sure that their voices and their perspectives comes through loudly.”

While investigating outcomes that could be beneficial to the military, it’s a paramount concern to improve the lives of South Africans.

“You also have to make sure you build capacity,” Mould-Millman says. “You should leave the system better than when you started. We are teaching and training research team members so that they can do this work after we leave. We’re building their capacity to write grants, do research, analyze data, and think about how you would implement a data collection system that can improve care.” 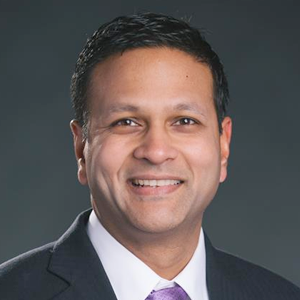 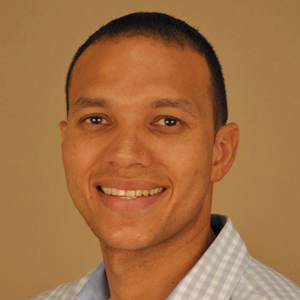