Bacteriophages, also known as phages, are viruses that infect a host bacteria and share traits with all viruses: They require a host cell to reproduce and are specific to particular hosts.

Before June 3, Hector Jaimes Godinez didn’t know what a phage is. He knew about bacteria and viruses, of course, but he had no idea the journey he’d end up on with the sample of dirt he collected from his Aurora yard. 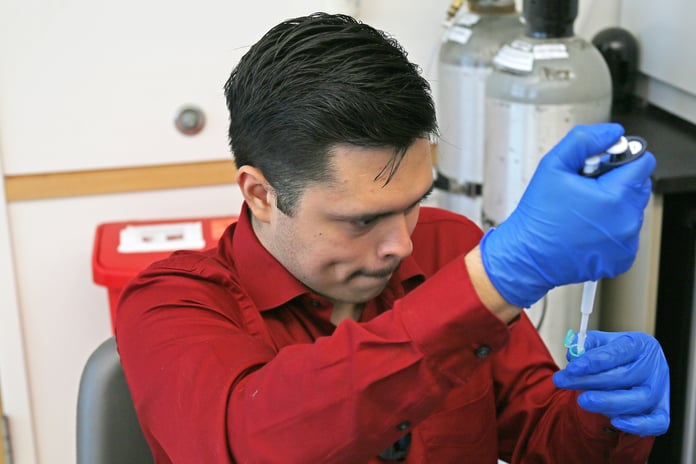 Hector Jaimes Godinez working in the lab as a SEA-PHAGES intern.

In the eight weeks that he and his 11 fellow interns in the SEA-PHAGES program have spent in the lab, they’ve learned not only the scientific method, but they’ve isolated, purified, and amplified their phages, as well as extracted phage DNA.

“I always wanted to do experiments like you see scientists do on TV, but this turned out to be so different from what you see on TV,” Jaimes Godinez says. “I think it’s a lot better.”

SEA-PHAGES – Science Education Alliance-Phage Hunters Advancing Genomics and Evolutionary Science – is an internship program hosted between the Howard Hughes Medical Institute (HHMI) and academic institutions around the world. This year, the University of Colorado School of Medicine is hosting SEA-PHAGES for the first time and training 12 student interns from Aurora Community College in the full scope of lab work and the scientific process.

“This program is designed for interns to immerse themselves in an exciting experiment and become lovers of science – and maybe scientists and clinicians,” says Julia Promisel Cooper, PhD, professor and chair of Biochemistry and Molecular Genetics in the CU School of Medicine. “The students will contribute to a phage repository and be credited with their discovery. In fact, phages isolated by students in this program have been used to treat antibiotic-resistant bacterial infections in humans.”

“One of the main goals of the program is to give students real research experience,” explains Emma Sheriff, a doctoral candidate in the CU Department of Immunology and Microbiology. “For many students, this has been their first experience doing an experiment from start to finish.”

Rahul Thadani, PhD, a research associate in biochemistry and molecular genetics, adds, “Even if a student isn’t necessarily considering a career in science or research, they’re still developing a love for science and learning to troubleshoot, learning the step-by-step process. Until I started at the bench, every experiment given to me had a known outcome, or if it failed, I already knew why.” 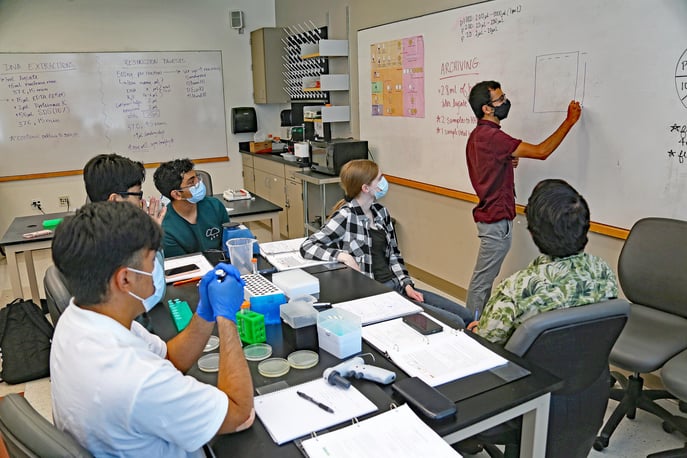 Sheriff and Thadani, along with Rishi Nageshan, PhD, a research associate in biochemistry and molecular genetics, have been instructors for the eight-week program after receiving training from Viknesh Sivanathan, PhD, science program leader at the HHMI.

Aurora Community College students applied to the program and the 12 who were accepted represent a broad spectrum of majors and career interests. Kat Campbell applied to SEA-PHAGES because she hopes to study nursing in the CU College of Nursing and wanted to learn more about lab-based science. Kevin Ruiz, an economics and philosophy major, applied to the program to grow his critical thinking skills and better understand the research process, while Jason Ta wanted to learn whether research is something he enjoys. “I’ve thought I’d like to be in the medical field and helping people,” Ta says. “So, I wanted to see if I like the research aspect of it and so far, I really do.”

The eight-week SEA-PHAGES program takes students step-by-step through the scientific process, beginning with lab safety and guidelines for working with bacteria, through the fundamentals of bacteriophages. 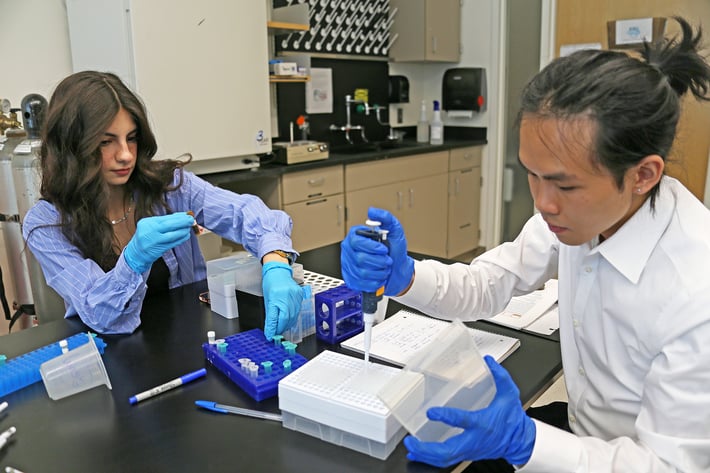 Students were asked to collect a soil sample – Hung Thang got his from the dog park – and bring it on their first day of the program. They learned about bacterial hosts, and then how to isolate phages in the samples they’d collected.

This was followed by a process of learning to purify the phages, amplify them, and view phage particles through transmission electron microscopy. Students then extracted phage DNA and characterized the phage by analyzing its genome.

“You can learn so much from a hands-on process like this,” Thadani says. “Some of the students had samples that got contaminated, so they had to work back through the process and troubleshoot, then re-do it, and that’s valuable experience. That’s something that happens in the lab.”

For Ramon Melendez Silva, who had one of the contaminated samples, the experience has taught him the persistence and patience necessary for science. 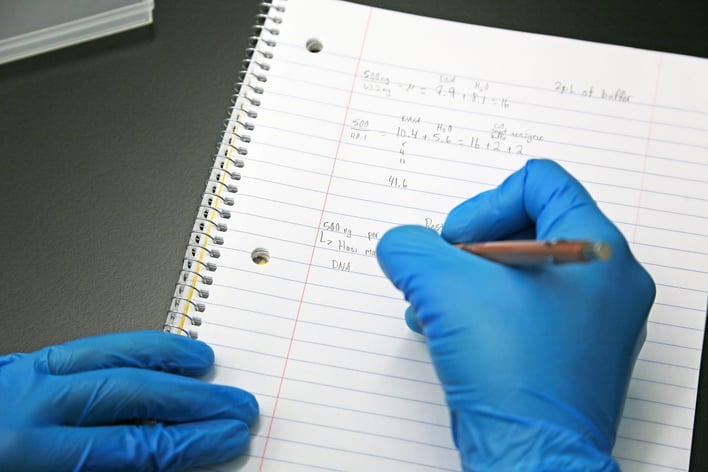 “I really like science and I really like math, but before I think it was more the idea of science, it wasn’t the real thing like we’re doing here,” Melendez says. “It’s a lot more interesting when you don’t know how things are going to turn out. It’s a real experiment.”

Gaining lessons beyond the lab

Biology major Nabaa Waleed Al Adeli says her time in the lab during SEA-PHAGES has helped her gain a better understanding of the science that would be involved in a research-focused versus a health care-focused career.

“I’d like to be a surgeon or a researcher, and now I think I have a better idea about what both of those paths would look like,” Waleed Al Adeli says. “Medical school and PhD programs are a long commitment, and they’re really hard, so it helps to have a better idea of what I’m looking at. Plus, we’re discovering new phages and that’s really cool.”

If the program inspires students to pursue careers in medicine or research “then that’s wonderful,” Sheriff says. “Even if they don’t, we want them to come away from this understanding how science works. When they hear something in the media, for example, we want them to be able to critically evaluate it and to really just go out and be ambassadors for science.” Karen Alvarez Sandoval, who is studying translation and interpretation, says her experience in SEA-PHAGES has taught her lessons that extend beyond science.

“Will we mess up? For sure,” Alvarez Sandoval says. “But you see in the lab that it’s OK to fail. How else do you learn? You just have to think it through, step by step, and try again.”