Psychedelic-assisted mental health therapy has experienced renewed interest in the past decade. A CU Anschutz Medical Campus psychiatrist talks about why, offering a glimpse of the history of hallucinogens and how studies suggest they could have a place in the mental health field.

Demonized in the early 1960s despite promising research, psychedelic drugs are making a resurgence as therapeutic tools, capturing the eye of medical scientists and the public. Two initiatives destined for Colorado’s November ballot would open the door to treatment in the state and likely ease the launching of studies at the University of Colorado Anschutz Medical Campus.

Based on early research of hallucinogenic compounds – rooted for millennia in many ethnic cultures as a tool for well-being – psychedelics could pave the way to a much-needed therapy for mental health crises that plague the nation, from severe depression and suicide to stress disorders and addiction.

“Our treatments do not work for everyone, and outside of a couple of exceptions, there haven’t been novel approaches to these mental health issues for some time now,” said Edward MacPhee, MD, psychiatrist and associate professor of clinical practice with the CU School of Medicine. “As a result, we are at an impasse when it comes to helping our patients.”

From Hofmann to Leary and back again

Swiss chemist Albert Hofmann’s discovery of LSD kickstarted psychedelic research in the late 1940s and 1950s. Thousands of studies were published on the hallucinogen’s beneficial effects, particularly for alcoholics and the severely depressed, continuing into the ‘60s with the work of famed Harvard psychologist Timothy Leary.

“There was a lot written back then,” MacPhee said. “There was a review of the LSD research from that time, and it looked promising.”

But once the proclaimed “war on drugs” – fueled largely by an LSD-embracing counterculture movement – colored public perception, research ground to a halt. Regulators categorized LSD as a Schedule 1 substance, labeling it a dangerous and addictive drug with no medical benefit.

Now, with an increase in mental health issues fed by a tumultuous era, a renewed interest in psychedelic-assisted therapy has emerged. In the past decade, major academic campuses have dedicated centers to the study of the drugs, including Johns Hopkins University, the University of California Berkeley and New York University.

“Part of the reason this research started to take off is that our medications and our psychotherapies are not as effective as we would like,” MacPhee said. “There are a good number of people who don’t achieve remission of their depression, anxiety, PTSD. And then there are a significant number of folks who just don’t have any effects whatsoever. So we need alternative treatments.”

While focused research in the psychedelic arena has yet to take place at the CU Anschutz Medical Campus, MacPhee said CU Department of Psychiatry members and other specialists across campus are talking about ways to make that happen.

‘My jaw hit the floor’

“It’s really started to flourish, largely because we’ve seen the effects, and they can be profound. My area is PTSD (post-traumatic stress disorder), and when I saw the first article on psychotherapy for PTSD, my jaw hit the floor,” he said. “I was not expecting those sorts of results, and they looked much better than the other options we have now.”

Treatment with LSD and psilocybin has shown positive results with severe depression, anxiety, addiction and existential distress in cancer and terminally ill patients. “The only other thing that I can think of recently where we’ve seen these types of effects is ketamine, particularly for quickly lifting folks out of a deep depression with suicidality,” MacPhee said.

‘Profoundly connected to the universe’

Targeted for patients with treatment-resistant mental health disorders, psychedelic-assisted therapy is not for every patient or therapist, MacPhee said. “There needs to be an open-mindedness. You’re going on a journey.”

Particularly with the classic psychedelics, such as LSD and psilocybin, patients enter an altered state of consciousness. “That lessens their defenses and allows them to look at their lives in a different way,” MacPhee said. “And that’s not up everyone’s alley.”

Neurologists have identified the drugs’ effects on neurotransmitters and derived theories on how they work to sort of “reset” the brain, MacPhee said. But from a psychiatric perspective, psychedelic-assisted therapy creates a sense of connection and openness that would not otherwise be there for the patient, paving the way for highly productive follow-up talk therapy. “It’s like a shortcut for the therapist,” he said.

A pop culture response to public curiosity about psychedelics for mental health therapy:

The Netflix drama series “Nine Perfect Strangers,” starring Nicole Kidman and Melissa McCarthy, explores (in entertaining-focused fashion) hallucinogenic use for multiple mental health issues. And the just-released Netflix documentary “How to Change Your Mind” led by Michael Pollan – author of the book by the same name – chronicles the history and use of psychedelics.

“The psychedelics create a transcendental state, and you feel profoundly connected to the universe,” MacPhee said. “There’s a sense of peace and tranquility.” And that, MacPhee said, is something a lot of people today could use in this pandemic era fraught with racism, violence and social and political divisiveness, all of which have taken a toll on Americans’ psyches.

‘Be cautious and thoughtful about it’

One state initiative still circulating for signatures seeks to decriminalize certain psychoactive substances. Another initiative just approved for the November ballot would legalize use of psychedelic mushrooms in designated healing centers if approved by the voters.

Although he sees the worth of the potential new tool for therapists, MacPhee hopes for a slow and steady implementation. More research needs to happen, he said. And cost and access issues – currently roadblocks for many patients who could benefit from ketamine therapy – need solving, which do not present easy puzzles, MacPhee said.

“I am optimistic that this can help with the mental health crisis, but I want us to be cautious and thoughtful about it, so this can be something that is beneficial for the most people.” 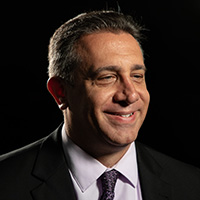