Home News This Is Your Brain on Mushrooms: How Does Psychedelic-Assisted Therapy Work? back to News

As psychedelic-assisted mental health therapy gains ground in scientific circles, a CU Anschutz neuroscientist who conducts related research talks about how the drugs change the brain and the importance of continued research.

Over 60 years ago, Bill Wilson, the man behind the largest sobriety program in history, tried LSD and began publicly touting the psychedelic drug as a way toward recovery from alcoholism. Today, a growing number of studies suggest the Alcoholic Anonymous co-founder’s revelation might be right.

The therapeutic potential of the highly stigmatized hallucinogenic drugs has sparked widespread interest in its use, and not just for substance-abuse disorders. Studies are finding psychedelic therapy could reverse debilitating effects of depression, anxiety, eating disorders and PTSD (post-traumatic stress disorder).

But how does it work? How does therapy involving mind-bending “trips,” or hours of hallucinating, literally change a person’s brain?

Most of what researchers “know” is still theory, based largely on basic science like hers, said Jamie Peters, PhD, a neuroscientist with a primary appointment in the University of Colorado School of Medicine’s anesthesiology department and a secondary appointment in pharmacology at the CU Anschutz Medical Campus.

But Peters hopes that a resurgence in attention will lead to regulatory acceptance of research and that more solid answers are imminent. “This is a really exciting time to be working in this area,” Peters said. “I think of it as a renaissance of interest in this class of drugs that have been under-researched for decades.”

Psychedelics cross the blood brain barrier either directly, like LSD, or indirectly, like psilocin, a converted active metabolite of psylocibin – the psychedelic component of “magic mushrooms.” Once inside the brain, the drugs target serotonin receptors (specifically 2A and 2C), enhancing sensory input and creating the hallucinations and strong sense of connection many users report.

“In some cases, you may cross senses,” Peters said of patients experiencing a phenomenon called synesthesia. “You may see sounds or hear colors.”

Hallucinogens are psychoplastogens, fast-acting compounds that support structural and functional neural plasticity, meaning brain cells and pathways can be reshaped and, in some cases, restored after insult or injury. “The root of the term literally means mind-molding,” Peters said.

Like a tree given a miracle food that spurs rapid branch growth, neurons (brain cells) supplied with a psychedelic boost sprout dendrites. The resulting branch-like network allows for novel connections (synapses) with other neurons. “This new formation of synapses between neurons happens at least in-vitro, and there is some evidence this happens in-vivo as well,” Peters said.

“We know that the prefrontal cortex, the most frontal part of the cortex, is important for things like decision-making, inhibitory control over impulses and flexible behavior,” Peters said. “And all of those functions are often compromised by neuronal atrophy in neuropsychiatric disorders, like PTSD, depression and substance-abuse disorders,” she said. “So, although we have not proven that the prefrontal cortex is the key site for psychedelic-induced therapy, that’s one of the goals.”

To trip or not to trip?

Another research area of Peters centers on a scientific divide that, if Peters’ side prevails, could have significant implications for the future of psychedelics as a therapeutic treatment. The disagreement focuses on whether experiencing the hallucinogenic effects of these drugs is necessary for therapeutic benefits.

“There are two schools of thought on that. There is the group that believes that the stronger the ‘trip,’ or mystical-like experience, the more effective the therapy. But there’s another camp that believes that hallucinations might not even be necessary for the therapeutic effects of psychedelics, and I would say that I lean more toward the latter view.”

Her leanings stem from basic research she’s done with University of California Davis medicinal chemist David Olson and other scientists. “What David has been doing is taking numerous psychedelic scaffolds and converting them into non-hallucinogenic variants of those compounds. And we’ve been able to take some of those into our animal models.”

In their studies, rodents are conditioned to respond to light and sound cues that signal heroin is available to self-administer by pressing a lever. The highly addictive drug is an opioid, a class of drugs responsible for the vast majority of over 100,000 U.S. overdoses a year. Similar to humans, rodents choose to self-administer heroin nearly every time.

In a second phase looking at relapse, the animal models are weaned off of the opioid for a period of time. When cues are reinitiated, the weaned rodents immediately begin pushing the lever again, which serves as a readout for relapse. The higher the number of lever presses, the higher the rate of relapse.

However, when given one dose of tabernanthalog (TBG), a version of the psychedelic drug ibogaine that Olson altered to be non-hallucinogenic, relapse rates were reduced in the animal models. The heroin cues were no longer effective at triggering relapse, for up to a period of two weeks, Peters said. “Which, for a rodent’s life span, is quite a long time.”

TBG was derived from the psychedelic compound ibogaine, used clinically in Europe for years for its anti-addictive properties. “Patients would report long-term reductions in cravings. They would take a single dose, trip for about 12 hours, and then be clean for years,” Peters said. Ibogaine was eventually taken off the market in Europe because of toxicity and cardiac issues.

In their multi-institutional study, published in the journal Nature, the non-toxic TBG version was found to promote structural neural plasticity, reduce alcohol- and heroin-seeking behavior and produce antidepressant-like effects. “And so that gives you an example of what might be possible in terms of novel, psychedelic-derived compounds and their therapeutic potential,” Peters said.

Peters points to the low-dose, long-lasting potential of psychedelic drugs and their derivatives as one of the most exciting features of psychedelic therapy. “That’s really different from all of our current first-line therapies for depression and substance-use disorder (which often co-occur), like SSRIs or methadone, which have to be given chronically over a period of weeks, months or maybe even for the rest of a person’s life.”

SSRIs, or selective serotonin reuptake inhibitors commonly prescribed for depression, also target serotonin receptors. “It’s just that SSRIs do it in an indirect way, and it takes time for them to have that effect,” Peters said. 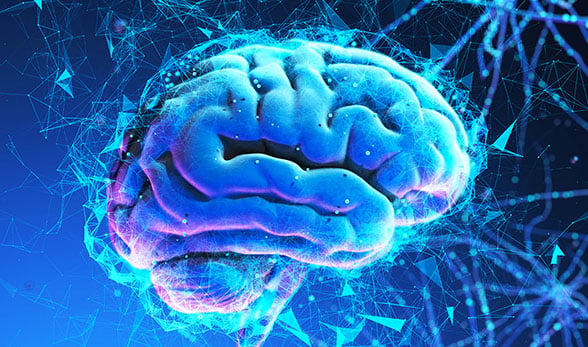 SSRIs block serotonin uptake, building up serotonin levels in the synapses over time that can bind to the receptors. “But psychedelics bind directly to the receptors, and that will produce a relatively immediate effect.”

“The major downside of the classical psychedelics that have hallucinogenic properties is that they come with a certain amount of liability, and it’s not likely that that kind of drug would ever be prescribed in an outpatient setting.” – Jamie Peters, PhD

“The major downside of the classical psychedelics that have hallucinogenic properties is that they come with a certain amount of liability, and it’s not likely that that kind of drug would ever be prescribed in an outpatient setting,” she said. “That limits its accessibility and increases the cost associated with that therapy.”

The drugs that are chemically altered to eliminate hallucinations, however, could potentially be prescribed for outpatient use, she said. “You could take them home and put them in your medicine cabinet like any other first-line therapy that’s currently out there for depression or addiction.”

While Peters said she is an advocate for continued psychedelic-related research and appreciates working at a university that supports such studies, she does not promote self-use.

“This is particularly important when these agents are obtained ‘on the street.’ These days, just about any street drug can be contaminated with fentanyl, a highly potent, often deadly opioid. The sooner we move toward legalization and regulation of these agents at a federal level, the better off we will be in terms of quality control,” Peters said.

“I know a lot of people are excited about the potential of psychedelics as therapy, but my hope for them is that they couple that excitement with a healthy dose of caution when they consider using these drugs recreationally or in any context where a medical professional is not available. There is still a lot that we don’t know.”