Ross Camidge, a renowned lung cancer expert, shares what makes his team’s work at the CU Cancer Center a blueprint for researchers around the world and how their perseverance has changed lung cancer treatment many times over.

In recognition of World Cancer Day, we talk with Ross Camidge, MD, PhD, professor and director of thoracic oncology at the University of Colorado School of Medicine and member of the CU Cancer Center.

Lung cancer research at CU Anschutz is cutting edge, contributing to basically every major discovery in lung cancer disease in the past decade or more. In light of the fact that every patient’s case is unique, what are the differences in your team’s approach to research and clinical trials? What is it that sets the CU Cancer Center apart in regard to lung cancer research?

The goal of a cutting-edge center, ironically, is not to be set apart – but to lead and have others follow. To light a torch and then not stand there admiring it, but to spread that light around to everyone else as quickly as possible. In an ideal world, everyone would do things the best way everywhere. However, for that to happen, we’d either have to have achieved all we can, or at least have advances occur everywhere at the same time. Neither of those situations has currently come to pass.

Due to our reputation and, in part, our central location, we get offered trials from pharmaceutical companies, cooperative groups and from academics (our own as well as colleagues at other institutions) to consider taking on multiple times a week. And we pursue a rapid, honest response policy – we mostly say, ‘No, thanks,’ but when we say ‘Yes,’ we give it our full effort. The ones we say ‘yes’ to offer, we believe, the best chances for our patients. Being able to predict the winners early is, perhaps, what we have gotten pretty good at.

We have a mindset that we want the best solution, whether it be in-the-box or out-of-the box, for every patient. So, we work closely across disciplines, use trials as a means to get what we want for our patients beyond the standard-of-care options, and we simply don’t give up.

While the big, practice-changing clinical trials grab the headlines, the most satisfying research is that which we originate ourselves, exploring the spaces between the headlines. When you do something new, it’s super hard. Medicine tends to be conservative and filled with intellectual inertia – ‘We don’t need to change. Who are you to tell us to change?’ – but then we eventually get past that first publication (that’s the hard part) and before you know it, someone comes up and tells you about your research as if it were their own idea. I used to get upset by this and want to say, ‘Don’t you know we invented that?’ But now I just smile inside.

At the end of the day, it’s the change, not the credit, that matters. We are a small center with no spin-doctoring and a modest marketing budget. But we have changed the world many, many times for the better. No one ever looks at a shiny new building and admires its foundations, but the builders know they are there.

Plenty of patients end up with lung cancer despite having never smoked. Are there environmental factors that account for this, or does it mostly come down to gene-mutation luck of the draw?

I think a lot of it is related to something from outside of us and how our bodies handle it. Some things we know are risk factors for lung cancer – radon gas, air pollution, viral infections – and some things we don’t. But, even with smoking, you can smoke and not end up getting lung cancer. So, it’s always down to risk and luck.

I understand you are writing a book about lung cancer. What compelled you to write about the disease and what are the main messages – or the single main message – you want to convey?

There have been so many people over the last decades who made it possible to turn advanced lung cancer from a death sentence to a life sentence. Not just the star physicians and scientists everyone knows about, but the people in drug companies, in regulatory agencies, in patient-advocacy groups too. I wanted to lift the hood up and look at all of the pieces of the engine of change. Those who tried and failed, but improved things through saying ‘this is the wrong path’ as much as those who later found the right path.

The main message? Progress is not a soundbite; it’s not a Tweet. It’s a mountain of effort piled on top of effort. It’s the product of a team that works together, whether everyone knows they are on the team at the time or not. Once the book is finished, and it’s with a publisher – I’ll share the title. It’s about a year out from that. The elevator pitch is, ‘The Emperor of All Maladies, But Focusing Just on the World’s Most Lethal Cancer.’

The lung cancer group in the CU Cancer Center started holding a survivor gathering for lung cancer patients in recent years, until COVID upended everything. Why do you hold these celebrations for survivors of various years – many who are quite long-term – and will the event get re-booted any time soon?

This is an incredibly important event. The real challenge, beyond COVID, has been to find champions who can drive and support it. Not surprisingly, it’s no one’s full-time job. The amount of organization and red tape is mind boggling. There are many hurdles to clear with regard to releasing patient names and what you can and can’t do in terms of publicity, sponsorship, etc. I hate how hard it sometimes is to do the right thing, but the challenge hasn’t stopped us yet. 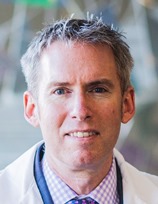