Home News Delta Variant Overtakes COVID-19 Cases in Colorado: Should You Worry? back to News

The SARS-CoV-2 delta variant took over in just two months in Colorado, accounting for about 75% of all infections in the state. Who’s at risk? What does it mean for the battle against the pandemic? CU Anschutz experts answer those questions and more.

As a race that pits vaccine against virus forges on, a stealthy move by one contender might have just pushed the finish line farther out.

The delta variant, a faster version of SARS-CoV-2, has surged ahead of other variants, accounting for about 75% of all COVID-19 cases in Colorado. And it accomplished its takeover in less than two months.

“That’s really, wow. That spread very fast,” said Rosemary Rochford, PhD, a professor in the Department of Immunology and Microbiology at the University of Colorado Anschutz Medical Campus. “We’re the second highest in the country that have delta (behind Missouri),” Rochford said of Colorado. “Chances are, it’s going to overtake the entire country.”

While concerning, the speedier “replacement virus” comes as no surprise to medical scientists, said David Beckham, MD, associate professor and infectious disease expert at the University of Colorado School of Medicine. It’s just part of the viral game plan.

“Viruses intentionally make mistakes so they can rapidly evolve over time. That’s all the virus wants to do, is infect more people faster,” said Beckham, who is part of the SPHERES (SARS-CoV-2 Sequencing for Public Health Emergency Response, Epidemiology, and Surveillance) network, a nationwide CDC group that monitors variants as they progress.

Vaccines: still holding their own

While it’s more transmissible – with one sick person able to infect eight people rather than the one-to-two ratio of the original virus, Rochford said – all vaccines used in the United States appear to be holding up against the variant.

“I wouldn’t be too worried if I were vaccinated,” said Rochford, also a professor in the Colorado School of Public Health Department of Environmental & Occupational Health.

Don’t forget: The Sept. 1 vaccination deadline for the CU Anschutz community is fast-approaching. See the vaccine webpage and the Chancellor's Communique for more information.

“The vast majority of those folks that are in the hospital are not vaccinated,” Beckham said. While noting that not all hospital patients with COVID-19 have their virus sequenced, Beckham said breakthrough infections with the delta virus for vaccinated people appear to remain relatively few.

People with one dose of the two-dose vaccines (about 67% U.S., 70% Colorado of adults) should exercise more vigilance, as the protection jumps from as low as 50% following a first dose to as much as 95% after the second shot, Beckham said.

As SARS-CoV-2 continues to mutate, a chief concern for experts centers on “herd immunity,” the point where enough people have natural or vaccination-induced immunity to protect the population and halt the pandemic.

“It does make it more complicated,” Beckham said. “Whenever you have a virus like that, it just means that you need a higher percentage of your population vaccinated. So, the more people who hold out from getting vaccinated, the more the virus is allowed to continue to adapt and become more efficient at spreading. And that keeps pushing that number that we need to eradicate the virus higher and higher.”

Based on the original virus’s transmission rates, herd immunity projections were at about 70% of the population. Colorado reached that goal (18 and older with at least one shot) at the start of the Fourth of July holiday weekend.

But, using the highly transmissible measles virus as an example (one sick person can infect 18 people), SARS-CoV-2’s continued mutation puts that 70% in doubt, Rochford and Beckham said. “It’s a numbers game,” Rochford said.

“Measles is kind of the ultimate spreader, if you will,” Beckham said. “It spreads so easily; you have to have like 90% coverage in order to protect the population. If we’re not careful, that’s the way we’re headed.”

Underscoring the need to vaccinate

Both experts said the delta takeover adds urgency to the vaccination campaign. “The important thing about this it that it highlights to me how critical it is for us to get more people vaccinated,” Rochford said.

“So, the more people who hold out from getting vaccinated, the more the virus is allowed to continue to adapt and become more efficient at spreading.” – David Beckham, MD

Estimates are that the vaccines reduce the chance of a person carrying and spreading the virus by about 85%, Beckham said. “That’s another reason to get vaccinated,” he said of protecting others.

“Kids under 12 can’t get vaccinated. And there’s no question that kids get sick and end up in the hospital. We’ve seen it in the numbers. Kids can get pretty sick from this infection and have some pretty significant consequences from it as well,” Beckham said.

“And you also have a whole other group of people who are immune suppressed who don’t necessarily respond to the vaccines very well because they are on immune-modulating medications,” he said.

Some early evidence also suggests that COVID-19 treatments, such as monoclonal antibody therapies, might not respond as well to some of the variants.

Both Beckham and Rochford suspect boosters, at least for the high-risk population, could be a reality come winter.

“I could see boosters coming on board in November or December,” Beckham said, noting that is the time experts will have 12-month, post-vaccine data from the earliest vaccinated group in the general population.

“The nice thing about those mRNA vaccines is that it’s easy to get boosters out there fairly quickly,” Rochford said of the mRNA-based Moderna and Pfizer vaccines.

Vigilance remains key – ‘for a while’

Both Beckham and Rochford said the delta variant upsurge, despite their being fully vaccinated, has inspired them to return to mask wearing in indoor public spaces – with exception of the CU Anschutz Medical Campus.

“On campus, I know there’s a lot of rules in place, and a lot of us are vaccinated, so I feel comfortable not wearing a mask here,” Beckham said.

“On campus, no, because I know everybody has been vaccinated,” Rochford said of whether she wears a mask, holding up her vaccine-stamped badge. “All the vaccines are still working to prevent severe disease and hospitalization, so your chances of going to the hospital even if you did get a breakthrough infection are very low. That said, I don’t want to get sick.”

Rochford wears her mask in public and recently turned down an event invitation because she knew some of the invited guests were not vaccinated. “I thought, ‘Hmm. I’m not sure I’m comfortable with that.’” Her hesitancy relates to her and her husband being in the older age group, she said, noting that everyone should weight their own risk factors.

Again, the upsurge for experts is a reminder that getting vaccines out in the communities where people need them remains the No. 1 goal for winning the prize: ending the pandemic, Rochford said.

“As the virus has more opportunity to mutate, it has opportunities to acquire aspects to escape our immune system, so I don’t think until it’s controlled around the world that we’re going to have the pandemic in our rearview mirror for a while.” 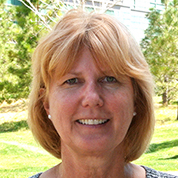