For medical interns, a day at work can bring a lot of challenging firsts. The first time telling a mother her child is dying. The first time failing to resuscitate a patient or treating a patient with opioid disorder. This year, the CU School of Medicine launched an intensive training program aimed at sending its graduates into that world of firsts well-armed to handle them with skill, confidence and compassion. The program’s creators expect the novel curriculum will serve as a model, making a difference in healthcare nationwide.

Bryn Launer took a deep breath as she picked up the phone. She was calling the brother of a patient with a severe head injury suffered in a motorcycle accident. Still unconscious in the hospital after three days, the woman’s outlook appeared grave.

Nervous about her first time delivering serious news, Launer jumped into the conversation she had gone over in her mind, describing the severity of the brain injury and the doctors’ belief that his sister would never wake up again.

But the brother cut her short, peppering her with panic-driven questions. “What is this about? Who are you? Why are you calling me from the hospital?”

That’s when Launer called a timeout.

One of this May’s graduates, Launer was taking part in a new training curriculum at the University of Colorado School of Medicine required of all fourth-year students before they embark on their careers as doctors. The incident was contrived, the brother a trained actor.

Based largely on case reviews, role play and simulation, the course covers everything from radiology and resuscitation to delivering serious news and combating opioid addiction.

“Our whole course is designed around: What can we do to make them better Day 1 doctors?” said Matthew Rustici, MD, co-director of the Transition to Residency (TTR) Basecamp that kicked off in March and is positioned to become a national model for TTR programs.

The School of Medicine’s Jason Brainard, MD, and Anna Neumeier, MD, also co-direct the program that involves partners across the CU Anschutz Medical Campus and the state. With about 40% of the school’s graduates remaining in Colorado for their internships, the state stands to benefit from the new training, Rustici said.

“We did a lot of interesting and innovative things that have high value to students and patients,” Rustici said, including creating 56 different versions of standardized patient cases. “Half of those were devoted to delivering serious news. These are things like telling someone they have cancer or that their child has been abused.”

Students prepare by reading and hearing patient and physician perspectives about receiving or delivering serious news. Volunteer faculty and residents coach the students ahead of time and share their professional experiences.

“It’s really targeting what are some of the most pressing concerns for us as students,” participant Nicholas Bianchina said of the overall curriculum. “What are the things that I’m really worried about and that I haven’t a game plan for ahead of time?”

Telling patients or their loved ones bad news in a compassionate way ranks high on that “concerns” list, Bianchina and Launer agreed.

“It’s really targeting what are some of the most pressing concerns for us as students.” – “Basecamp” participant Nicholas Bianchina

“I think we’re all really scared of giving serious news wrong to a real patient,” Launer said. “So having the safe and supportive environment to practice in was nice. If we felt like we said something wrong, or we didn’t like how we said something, we could pause or rewind.”

After preparation comes the real test: role play or simulation, aided by the Center for Advancing Professional Excellence (CAPE). “They have a huge cohort of standardized patients, which are like actors but better trained,” Rustici said of CAPE, an advanced teaching facility within the School of Medicine and a key player in the program.

Students receive a case prompt – a short description on what they are going to talk to the patient about. Then the role play with a live “patient” begins, whether via phone, video conferencing or in-person.

Emotional and intense, students reported the scenarios felt real. Some said their hands started sweating or shaking. Others became flustered or broke down.

But all participants came out saying they appreciated the training, which allows for learning from mistakes when they matter less, Rustici said.

In her scenario with the phone call to the brother, Launer said she learned never to assume.

“It was really good for me, because when I first went into the phone call, I just assumed that the brother knew that his sister was in the hospital and that he had already been updated. If I had done that in real life, I would have just gone about it completely the wrong way.”

While most topics of the curriculum were addressed at some point in medical school, the program offers intensive, real-world training, Rustici said. “These are probably the most-advanced communications sessions students have ever had and probably will have.”

For the opioid and pain management segments, the Basecamp program partnered with the Colorado Consortium for Prescription Drug Abuse Prevention, which is administratively housed at CU Anschutz, hoping to make a difference in the opioid addiction crisis, Rustici said.

“There are lots of components to the opioid crisis, but providers certainly have a role in causing it and perpetuating it and not always supporting the people who are experiencing it,” Rustici said.

The Basecamp program includes challenging, interactive case-based sessions tailored to the students’ specialties. The curriculum teaches students when opioids are needed and when not to jump straight to narcotics for pain management, Rustici said.

“What are the other pain modalities that you could use in the hospital so that you are less likely to push people down the substance-abuse road?”

“There are lots of components to the opioid crisis, but providers certainly have a role in causing it and perpetuating it and not always supporting the people who are experiencing it.” – Matthew Rustici, MD

The segment also culminates in role play. Launer, who plans on specializing in urology, faced a woman who was unable to wean off opioids after gallbladder surgery. It is a situation Launer knows she will see in practice.

“When I read the scenario and was practicing in my head, I sort of envisioned her as this very argumentative, combative woman who was going to just give me a really hard time,” Launer said, adding that she thought she would have to “bargain” with the patient and that it would be a stressful encounter.

“She was open and understanding,” Launer said of the standardized patient. “She just felt like she needed the opioids to get through her day.” The woman was worried about switching to over-the-counter pain relievers because of serious side effects she had read about, Launer said.

Both Bianchina and Launer said they feel better prepared for the next chapter in their careers because of the Basecamp program. “It’s just really nice to have dedicated time within our training that focuses on the realities of what we’re going to be doing during intern year,” Launer said.

Rustici attributed the success of the program's first year to a "huge team effort," which included the dedication of his fellow course directors and the Colorado Consortium team, led by Robert Valuck, PhD, RPh. The directors plan to extend the curriculum to all Transition to Residency programs in the country, where it can really make a difference in quality of healthcare.

“Interns or first-year residents are doing a large amount of patient care and patient interaction,” he said. “There is a huge ability to impact people right away by putting these interns into the system who are setting the right example and doing the right thing.” 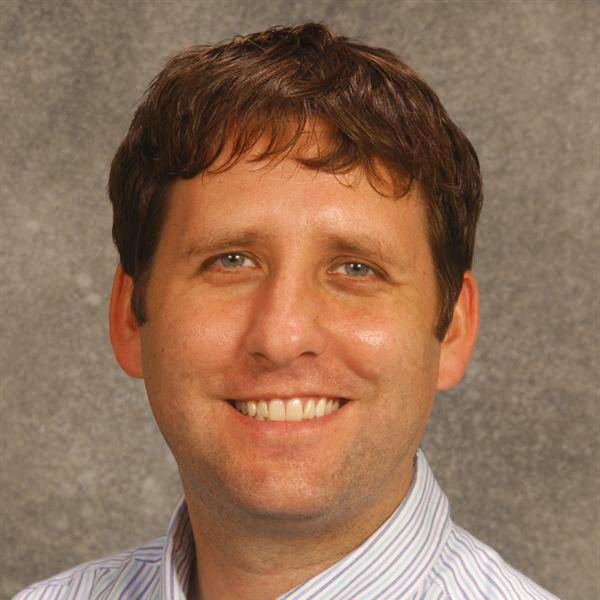