CU Anschutz was selected as a clinical trial site for an Alzheimer’s drug recently approved through an accelerated pathway. Mixed results from two studies on the drug have prompted controversy within the scientific community. Our experts weigh in on the debate.

As controversy swirls around the first disease-modifying Alzheimer’s drug ever approved, top experts at the University of Colorado Anschutz Medical Campus see the move – for the most part – as a step forward.

Despite concerns about efficacy, safety and cost, the Food and Drug Administration (FDA) gave aducanumab (ADUHELM™) by Biogen the nod on June 7 via an accelerated pathway for use in patients with Alzheimer’s disease.

The decision gives clinicians an option beyond the current drug therapies that target only the symptoms of Alzheimer’s disease and, some believe, offers hope of increased research and innovation.

“The main reason this is so big is that all the drugs that are FDA approved right now only give neurons a crutch for working a little bit better,” said Huntington Potter, PhD, director of the University of Colorado Alzheimer’s and Cognition Center and a prominent researcher in the field.

Now, the two studies presented to the FDA “very clearly” show that aducanumab removes amyloid, he said of the abnormal clumps of protein that accumulate in Alzheimer’s patients’ brains. As amyloid deposits grow, neurons die, leading to cognitive and functional problems in patients with the disease.

“The main reason this is so big is that all the drugs that are FDA approved right now only give neurons a crutch for working a little bit better.” – Huntington Potter, PhD

Brain scans of participants in both studies found aducanumab caused amyloid plaques to diminish significantly. Yet that result – along with the $56,000-a-year price-tag for the monthly infusions – is the only clear aspect of the new drug’s potential.

The two studies, run in parallel, had notably different outcomes related to clinical effects, such as thinking, memory and ability to do everyday tasks, said Victoria Pelak, MD, professor of neurology and ophthalmology at the University of Colorado School of Medicine.

The other study, however, showed a slowing of cognitive decline by nearly 25% in patients on the drug and a slowing of functional decline by about 40%, said Pelak, director of the Brain and Vision Laboratory on campus.

Typically, with such contrasting results, approval would be rejected pending a third study, Pelak said.

Yet, despite stark criticism by some people in the scientific community (three members on the advisory board have since resigned), the FDA approved aducanumab anyway.

Did you know: The number of Americans living with Alzheimer’s in the United States today (6 million) is expected to more than double in the next 30 years, costing the country as much as $1.1 trillion? – Alzheimer’s Association

‘It’s the only drug that can help’

“(The FDA) had to balance the fact that there really are no disease-modifying treatments for Alzheimer’s disease at all,” said Potter, whose research team recently published promising clinical trial results on a disease-modifying therapy of its own.

“And it’s very clear that aducanumab is disease modifying in the sense that it is able to remove amyloid from the brain,” he said.

“Obviously, there are many other drugs, including the one we are researching (Leukine/sargramostim), that are coming along that show potential efficacy and disease-modifying capabilities,” Potter said. “So, it’s possible that in a year or more there will be a drug that is significantly better than aducanumab, and that the FDA would remove its approval of aducanumab. But right now, it’s the only drug that can help.”

The FDA approval came with the direction to conduct a multi-institutional study on aducanumab, which could ultimately change its decision. Pelak will run one of those studies on the CU Anschutz campus, which she expects will take a few months to launch.

Pelak joins other providers with some clinical concerns about the new drug approval, including cost. The annual $56,000 estimate does not include the regular MRI scans that must be done to monitor side effects, she said.

“That’s another reason why some people are not comfortable with the FDA’s decision, because the costs versus the benefits are, in some people’s minds, not enough to push the boundaries of approval for this drug,” she said.

“But the way we won’t break the healthcare system and that will do the most benefit for our patients is if we are very specific with limiting this drug to only those who meet specific criteria," Pelak said. “And then not going outside these lines of use for only those with mild cognitive impairment, even though our hearts bleed for our patients who don’t meet these criteria, which they do every day.”

The Alzheimer’s and Cognition Center is working to develop prescribing protocol – so far, with little FDA guidance – for patients who want the drug but do not opt to take part in the clinical trial, she said. Because all the study participants had “very mild” cases of Alzheimer’s, Pelak said the drug, for now, should be limited to mild cases. Again, the FDA has yet to make that distinction.

Biogen has reported that it will begin shipping the drug in about two weeks to more than 900 sites across the country.

Drug can cause severe side effects

A potential for complications with the drug also has Pelak on high alert.

“People need to know that up to 40% of patients can suffer side effects, which includes brain swelling, a very potentially severe side effect. The good thing is, when it’s noticed in brain scans and monitoring of symptoms, the swelling can disappear by stopping or decreasing the dose,” she said.

“But you have to be very careful with the monitoring. If it’s out in the community for people to receive by a physician who is not as well trained in detection of these symptoms, or if patients miss their MRI scans that are needed for monitoring, we could have some very severe outcomes,” she said, including brain bleeding and death.

“Physicians need to be very aware of what to look for and how frequently to monitor.”

Pelak hopes a solid structure comes from the FDA soon, something she said should have been done earlier. “I would be more comfortable if we had heard: Here are the parameters and guidelines,” she said. “We can’t just put the drug on the market and say: Here you go.”

‘We need to solve this problem’

From a research perspective, Pelak said she agrees with the Alzheimer’s Association statement that the move is a needed step forward. Although clinical effects were positive in only one of the two studies, many previous amyloid-related studies have failed completely. That opens the door to research questions, she said.

“Physicians need to be very aware of what to look for

and how frequently to monitor.” – Victoria Pelak, MD

“Are we seeing this drug potentially work where others failed because there could be some secondary mechanism at work? Is it able to do something that the other drugs weren’t? We may learn something more that we didn’t know before. This is how science and discovery occur.”

Potter also sees it as a win for research, noting that the FDA is now set up with the expertise to evaluate the disease-modifying Alzheimer’s drugs of the future. With his team gearing up for already approved and funded Phase 2 trials for its new Leukine/sargramostim therapy, Potter suspects the drug could be ready for FDA review in three or four years – provided further studies continue to be promising.

“The whole world is suffering both medically, personally and financially from this terrible disease,” Potter said. “We need a drug that actually improves people’s condition. We need to solve this problem.” 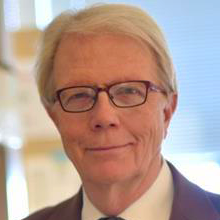 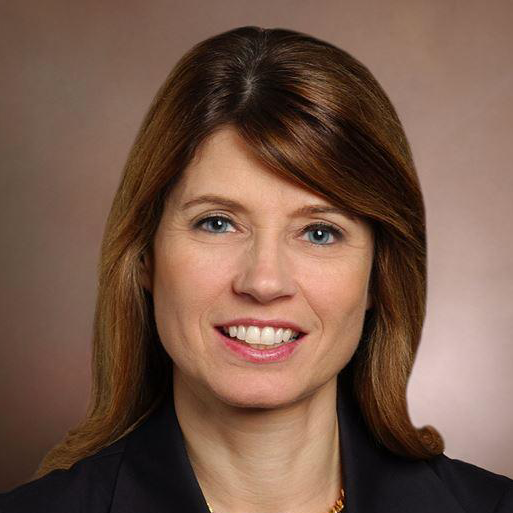