When Darice Henritze found her husband collapsed on the hospital room floor struggling for breath, his call button going unanswered, it was an ugly déjà vu.

That morning, she had found Scott Ferguson on the couple’s bathroom floor, fighting for air stolen by the skin cancer that had invaded his lungs. Petrified, Henritze called 9-1-1, and an ambulance rushed her husband to the nearest hospital.

When she walked into the hospital room after taking a phone call and saw the same scene again, she was dumbfounded. She demanded a transfer.

“No. He won’t survive it,” she was told. But Henritze insisted, signing papers owning responsibility and having her husband moved to UCHealth University of Colorado Hospital, where, after months of being treated, he felt like he belonged.

“It was terrifying,” Henritze said of the experience at the other hospital, where she had found her unattended husband, who had been trying to use a bedside urinal, on the floor.

Once back at University Hospital, a familiar nurse greeted Ferguson. “When they rolled him into the 10th floor ICU, and the nurse saw Scott, he said, ‘Hey, buddy! What are you doing here again? Don’t worry. We got you.’ ”

That night, her intensely positive husband cried, Henritze said. “He told me that he thought he was going to die at the other hospital and that he was relieved to be back with people who cared about him, that felt like family,” Henritze said.

After that episode, Ferguson and Henritze moved near the University of Colorado Anschutz Medical Campus so nothing like it would happen again.

The couple chose the hospital largely on the advice of Ferguson’s father, a medical doctor who said his research suggested it was the best hospital in the country for melanoma treatment. “If there’s any way we can get you there, we need to get you there,” he told his son.

They succeeded, and she will be forever grateful, Henritze said. It was that “incredible culture” at University Hospital “where they didn’t give up on Scott” that made the difference in the family’s last months together, she said.

While all of the hospital providers’ care was “exceptional” (the cleaning woman “sobbed” when she heard Ferguson died), the nursing staff really moved her husband, Henritze said. 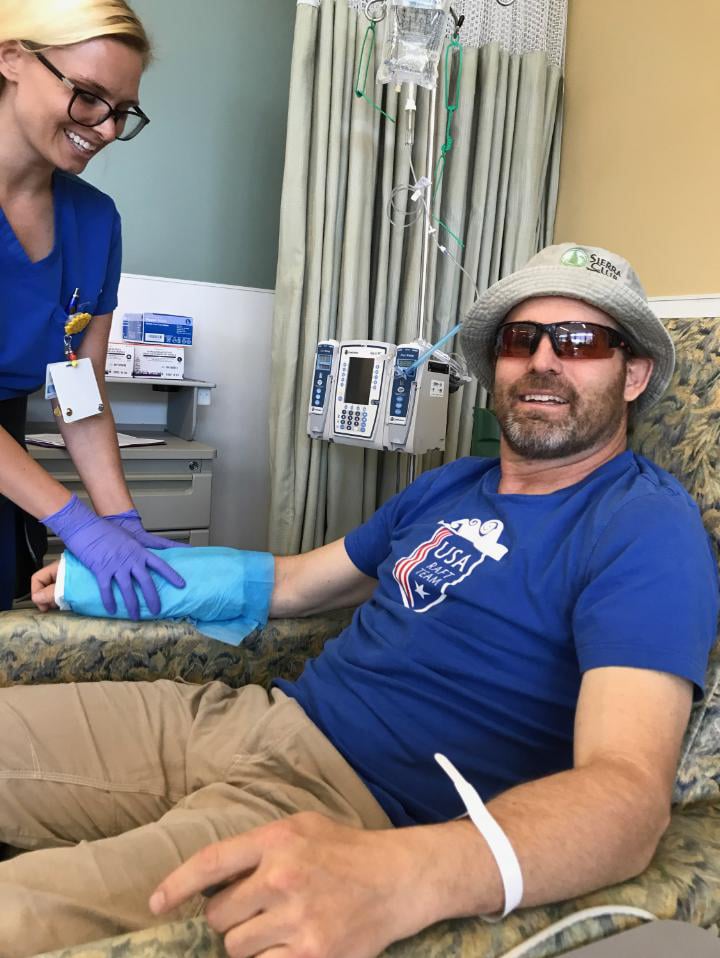 Because of her husband’s caring nature, Henritze said she thinks the nurses’ genuine compassion inspired Ferguson.

“But I think he inspired them, too,” she said of Ferguson, who was a popular gym owner in his mountain town of Breckenridge, where he coached everyone from Olympic athletes to troubled teens.

Ferguson’s family, which included his then 11-year-old son, touched all of the nurses who knew them, said CU Nursing alumna Margo Schenk (BSN, ’17). Schenk manages the Medical/Surgical Progressive Care Unit at University Hospital.

“Darice and Scott together were such genuinely good people, and even though Scott was going through this terrible point in his life, they really cared so much about everybody else,” Schenk said. “Sometimes I felt like they were taking care of us more than we were taking care of them.”

Brian Dorsett, CNA, assigned to Ferguson during one of his early hospital stays, said he forged a bond with Ferguson he will never forget.

“Scott had a very bright personality,” Dorsett said. “Even when I wasn’t assigned to him, I would always walk over to his room to talk to him,” he said. “For someone who was going through what he was going through … I only wish that I could have been that positive and that nice to people.”

‘You just need to keep fighting’

Dorsett and Ferguson shared a unique connection. Having suffered a massive brain hemorrhage that resulted in chronic seizures at age 15, Dorsett understood the life-and-death struggle that Ferguson was experiencing. Hospitalized for six months, doctors did not expect Dorsett to live.

“I told Scott I kept fighting through the heartache of it all, and that I knew that I was here for a reason,” Dorsett said. “I cried with him at his bedside many times, because I knew where I was when I was in that place. I told him: Scott, you just need to keep fighting, even to the end.”

Dorsett, influenced by his own nurses during his own hospital stay, told Ferguson his goal was to become a nurse. And that’s how the scholarship idea was born, Henritze said.

‘I was hoping to heal everyone’

Her “funny” and “gregarious” husband, who also treasured quiet time, cared so deeply about other people that more than one tribute on his CaringBridge site credited him for saving someone else’s life. 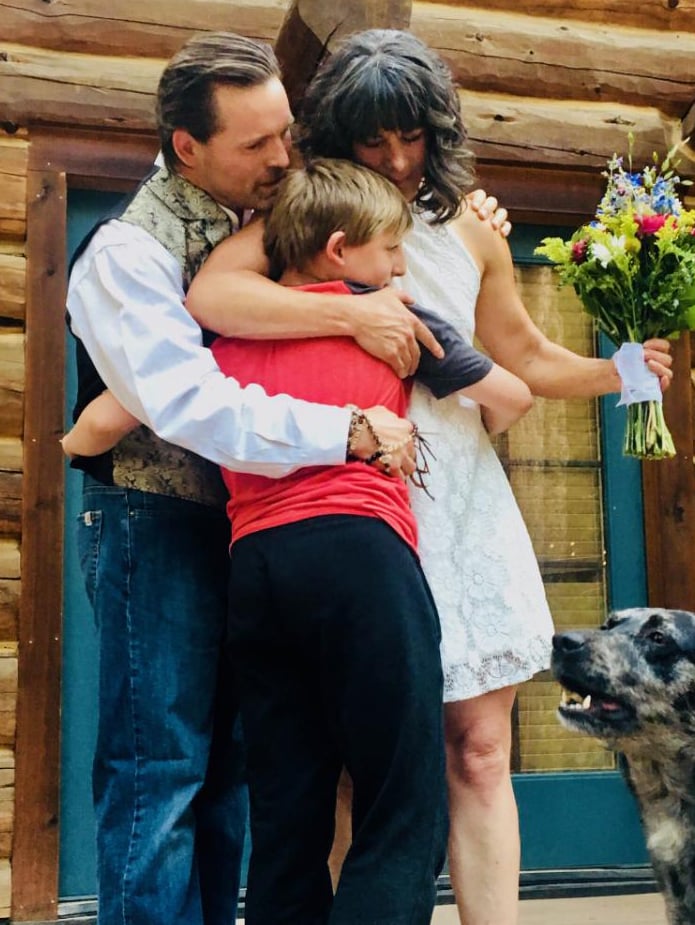 Scott Ferguson's son was his focus in life, said Darice Henritze, who had earlier declined marriage until his son was older so Ferguson could maintain that focus. But when Ferguson's prognosis grew darker, the trio tied the knot.

Ferguson’s gratitude and positive attitude were so profound, it affected many nurses’ perspectives, including theirs, Schenk and Dorsett said.

“We work in critical care, and that can take a big toll,” Schenk said. “Scott and Darice made me realize how unique of a position we are in to be able to care for people in the worst times of their lives and how much of an impact we really can make outside of just the medical side of it.”

“Going into nursing, I was hoping to heal everyone,” Dorsett said. Now, he focuses on giving patients hope, he said. He believes that hope gave Ferguson — his melanoma diagnosed too late — more time. “That’s what motivates me to come back to work every day,” Dorsett said. “I think about Scott every day.”

“You gave him time — beautiful time’

Ferguson died in the hospital, surrounded by his “family,” both the real version and some of his newfound ones. His last words, mouthed to his son, were “I love you,” said Henritze, who has remained close with the nurses since her husband’s death.

In a letter, she thanked the nurses for “creating a safe place” and for sharing their smiles. “Scott loved to say that a good laugh is sunshine in the house,” she wrote. Henritze said she hoped her letter served as both a gift and a reminder for the nurses Ferguson cherished.

“Your purpose for today is that person in the room who needs your care,” she wrote. “It doesn’t matter whether they live or die. For today, they are alive, and they need a glimmer of sunshine. You were never going to save Scott … but you gave him time — beautiful time.”