National leaders in research to cure debilitating skin diseases based at the Gates Center for Regenerative Medicine on the University of Colorado Anschutz Medical Campus have won a second NIH grant to further investigations of innovative treatments.

The Epidermolysis Bullosa (EB) iPS Cell Consortium, a unique collaboration of research teams from the Gates Center, Stanford and Columbia universities, received an $800,000 grant from the National Institutes of Health 21st Century Cures Act. The award was immediately doubled by a required match from a group of private foundations united to back research into EB—a disease from which their founders’ children sadly suffer.

The Consortium was the only hopeful in a group of eight research applicants funded in 2017 to be awarded a second round of funding by the National Institute of Arthritis and Musculoskeletal and Skin Diseases (NIAMS), one of twelve institutes within the NIH participating in the 21st Century Cures Act Regenerative Medicine Innovation Project. The growing endorsement of the Consortium’s research, evidenced by additional grant funding from a variety of sources, has already resulted in a 24-fold “return on investment,” with the initial $500,000 NIAMS grant in 2017 sparking more than $12 million in total research funding, even before the newest award. The EB Research Partnership in New York and the California-based EB Medical Research Foundation co-founded the Consortium in 2016 to create this multi-institutional partnership, and they along with the London-based Cure EB Charity have generously matched both NIAMS awards.

The funds will advance innovative Consortium research and expansion of treatment in areas including a potential “Spray-On Skin™” application of regenerative cells, and a promising treatment of internal diseased tissue with systemically targeted-delivery cells.

The latest NIAMS award “says that what we’re doing here is leading-edge, and that we’re competitive with the best institutions in the country for acquiring federal funding,” said Gates Center Director Dennis Roop, PhD. Roop, in partnership with Ganna Bilousova, PhD, assistant professor of dermatology, are both principal investigators on this latest award from the 21st Century Cures Act Regenerative Medicine Innovation Project.

U.S. Rep. Diana DeGette (D-CO), a key architect of expanded federal research funding, toured the Gates Biomanufacturing Facility on November 6 and said the expanded awards are clear signs that the Anschutz Medical Campus along with its partners at Stanford and Columbia are answering the call to help patients with this disease. 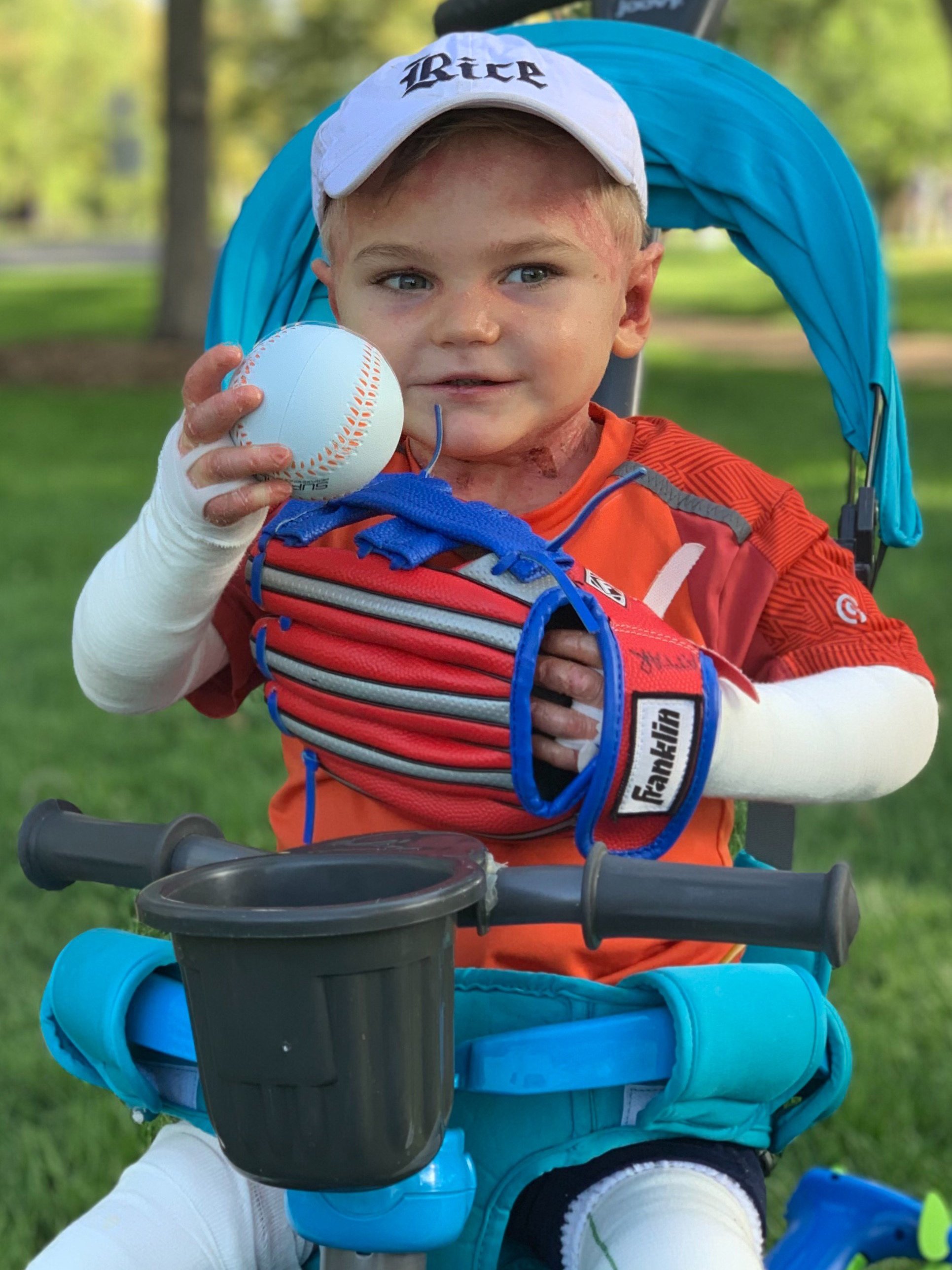 “In drafting 21st Century Cures, our goal was simple: We wanted to find ways to safely speed up the development of new treatments and cures for some of the world’s most vexing medical challenges,” DeGette said. “And now, just three years later, we are seeing the real-world impact that this legislation is having and the promising new treatments it’s funding—like those here at the Gates Center.”

EB encompasses a group of inherited skin diseases that results in severe blistering and scarring, affecting thousands of people across the United States and worldwide. The disease is characterized by chronic skin wounds similar in property to thermal burns, and indistinguishable from burns induced by chemical agents such as mustard gas.

In addition to the Consortium research, the Gates Center team has separately entered into a preclinical research collaboration with AVITA Medical, to explore a spray-on treatment of genetically modified cells. The collaboration will build upon AVITA Medical’s patented and proprietary Spray-On Skin™ Cells technology. AVITA’s RECELLâ System was approved by the FDA in September 2018 for the treatment of severe thermal burns and is already used in approximately half of burn centers across the U.S.

This unique delivery method can replace traditional skin grafts or, in the case of EB patients, may replace the generation and application of genetically corrected sheets of skin. Grafts generally take several weeks to produce in a complex manufacturing process, can be extremely costly, and may present transport challenges due to fragility.

“We very much look forward to collaborating with the Gates Center for Regenerative Medicine on this important research program,” said Mike Perry, PhD, chief executive officer of AVITA Medical and adjunct professor at the Gates Center. “We are hopeful that the results of this collaboration will yield a significant advancement in the treatment of patients with EB.”

Future rounds of research will also refine the best cell-delivery method for treatments of internal scar tissue caused by EB in the esophagus and other parts of the body.

This recent 2nd round award from the NIAMS symbolizes the tremendous potential fueled by the partnership between the several foundations that have created and backed the Consortium and the public funding it has received.

“We are extremely proud to have supported the EB iPS Cell Consortium since its inception,” said the California-based EB Medical Research Foundation’s Andrea & Paul Joseph, whose son Brandon suffers from EB. “The NIAMS’s ongoing funding is further validation of the incredible advancement the Consortium is making to develop a treatment for those living with EB.”

Likewise, the Consortium’s other co-founder, the EB Research Partnership in New York (founded by Alex and Jamie Silver, Heather and Ryan Fullmer, and Jill and Eddie Vedder of Pearl Jam), has been another driving force behind the Consortium’s success—even raising funds to purchase the expensive equipment required to incorporate the novel spray-on skin technology at the Gates Biomanufacturing Facility. EBRP Chairman Alex Silver emphasized, “This Consortium was conceived to allow three leading EB research teams to come together to find a treatment or cure faster than any individual research approach we’ve seen. When time is the most precious resource of any child or adult living with EB, progressive collaboration like this is increasingly important.”

Each year the EBRP holds an annual gala called ACTion for Jackson, named after the Silvers’ son Jackson. This year’s event highlighted the Attar family from Denver, Colorado, whose courageous son Brady—like Jackson Silver and many others—stands to benefit from advancements in treatment and cures for EB. As shown in this video, (click here) Brady, age three, has suffered from the skin wounds and fragile tissue associated with EB since birth. His courage and determination are mirrored by an increasingly supportive private-public network, along with his parents Chris and Eileen.

“We are a family who is fighting and won’t stop fighting until we see an end to this disease,” the Attars said.