An ongoing trial testing a new medication may lead to better treatment for those with Alcohol Use Disorder (AUD). April's National Alcohol Awareness Month brings light to drinking problems, which affected more people during the pandemic.

A 25% jump in alcohol-associated deaths in the United States in 2020 doesn’t surprise Joseph Schacht, PhD. The clinical psychologist and neuroscientist at the University of Colorado Anschutz Medical Campus, who specializes in the treatment of alcohol and other addictive disorders, has seen an increase in patients whose drinking rose during the pandemic.

Schacht has spent most of his career looking for better treatment options for those who suffer from Alcohol Use Disorder (AUD), a growing problem characterized by the inability to stop or control alcohol use despite adverse social, occupational or health consequences. The National Institute on Alcohol Abuse and Alcoholism recently released a study showing the dramatic increase in deaths in 2020 relative to 2019.

“Some of the work we do is to help people who do not have AUD, but who just want to cut back on the amount of alcohol they started consuming during the pandemic,” Schacht said. “We’re using a combination of medication trials and therapy to help people get control of their drinking again and to hopefully help them get back to where they were before COVID.”

Currently, Schacht is working on an NIH (National Institutes of Health)-funded multisite clinical trial to test a medication aimed at just that – reducing people’s drinking habits. During the six-week trial, volunteers take the medication or a placebo (sugar pill) and are assessed regularly to see if their craving for alcohol has changed.

Schacht said his team asks patients to hold and smell their preferred drink (for example, a craft beer or a vodka tonic) and rate their craving for alcohol. He says they’re hoping to see that craving come down each time to help volunteers get back to a more “normal” level.

According to Schacht, medication can play an important role in recovery from AUD. He says about 50% of people with AUD who get treatment relapse within the first year, but only about 10% of those recovering from AUD are prescribed medication to help. Schacht said the use of both therapy and medication could help bring down the relapse rate for some patients.

“One of the biggest drivers of AUD is the cravings that are very intense especially within the first year of recovery. Medication isn’t used enough to help curb these cravings. We’re not talking about using these medications long-term, but in the short-term, they can help people with AUD cope with those cravings when they’re most at risk for relapse,” Schacht said.

Schacht said there hasn’t been a new medication approved for alcohol treatment in decades and he’s hoping between the trial being run on campus and several other medications in various phases of testing around the world, that we’ll see some new options soon for those struggling with AUD.

For those interested in participating in the clinical trials being run by Schacht on the CU Anschutz campus, you can find a link to all the information on the lab website. 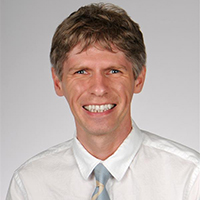