With thousands of unintentional injuries or deaths that don’t make the news, the Department of Psychiatry’s Steven Berkowitz, MD, answers questions on the mental health impacts of those events on all involved.

Every year in the United States, there are thousands of unintentional injuries or deaths.

We asked Steven Berkowitz, MD, professor of psychiatry at the University of Colorado School of Medicine, about the psychological impacts an unintentional injury or death can have on all involved, and the steps one can take to heal in the wake of such an event.

If you are in need of help, you are not alone. Please visit this page for a list of campus mental health resources.

What are the psychological impacts from accidental injuries or death?

So, I'll start off with, we don't use the term "accidental." We use "unintentional."And there's a reason: Most of the time we call things accidents, there's somebody to blame; there's somebody who's culpable.

That's important when you're talking about traumatic reactions.

Because one of the things that we do know is that when there is an unintentional death and injury, there are higher rates of symptoms than if it was a natural disaster, which is out of anybody's control.

I think that matters, in terms of how we think about this. Because in most of these situations, it's a drunk driver or a reckless driver. It's not what happened in New Mexico.

But you're looking for somebody to be culpable, to blame, and one of the most common reactions in these situations is rage and anger. And I think you can see that, with the shooting that occurred on set.

What kind of emotional response will a person involved in an unintentional injury or death go through?

For those people who were there and witnessed it, they're going to have all the classic traumatic stress symptoms. There are going to be nightmares; there's going to be irritability, intrusive thoughts, sleep disturbances, maybe some mood issues, so on and so forth.

And that's a common reaction to an uncommon event, right? The question is not, "Do you have it?" Because – I don't know if you've been in even a minor car accident before – there is a day or two of not feeling yourself, right?

So, almost everybody who is involved in these situations, who knows the people, are going to have traumatic reactions.

What are vulnerabilities and strengths that make people more or less resilient to a situation like this?

We know two things. We know the most important factors in resilience and recovery are good social support and a sense of efficacy. Those two things really seem to hold up in preventing the long-term sequelae, or ramifications.

The other piece here is traumatic grief. It's not only, "A horrible thing happened," but somebody traumatically died.

So, there's also a likelihood of a grief reaction for some people, which may be intertwined with traumatic stress symptoms. Or it may be distinct, and that needs to be assessed and figured out.

In these situations, for everyone involved, if more than a week or so goes by and they're not on top of things, and they can't return to their baseline or at least somewhat of the baseline, then they really should see somebody. Early intervention can be very helpful. Group support can be very helpful.

What do you say to someone in this circumstance? What is the healing process, taking into account things such as ‘moral injury’?

Well, I guess in terms of the person who did the shooting in a situation like this, or the person who caused the death due to a car accident, they are much more likely to develop long-term issues than those who witnessed the event.

And you asked about moral injury. Very few people ever think that they're going to kill someone. In that situation, those people need immediate intervention, a lot of social support and good monitoring. They're at very high risk.

Lots of people take to drinking or drugs to numb their symptoms, and that's another thing to look out for. If that's what's happening – new use or increasing your use – you need help.

In the instance of the individual that was injured – or their family, in the event that they died – how does the healing process work and differ for them?

Well, for a family of people who die traumatically, that's really complex. And again, they're at very high risk of developing a range of symptoms from prolonged grief disorder, to mood disorders, to substance abuse disorders, traumatic stress symptoms, etc.

Family coherence and support from friends and family can go a long way, and advocating for making sure nothing like this happens again can be very helpful.

I would suggest that in the same kind of situation, if you're feeling really unsettled for over a week or so, it's time to get help, or at least some pointers on how to cope and how to deal.

There's no one way, to be honest. We have basic skills, and relaxation techniques, and calming techniques – but it is individualized as to who needs what, in what way.

How does the person involved try to make amends when there isn't really fault at play? When you say, "It's not your fault."

You know, boy is that complicated. Really being clear that you are feeling as badly as anybody, and that you really want to do whatever you can to support their family and close friends in any way possible.

Nobody's going to blame you except yourself, and self-blame is not uncommon.

And one of the reasons we blame ourselves, which is fascinating, is it's a way of saying, "we are in control," when we're absolutely helpless.

There's no control involved, and we hate not being in control or feeling helpless. You can think of situations where you felt that way. “It's gone awfully.” You do everything you can not to feel that way.

Sort of the way that the human brain is structured for problem solving?

Right. Which goes back to why efficacy is so important. Being as available as you can be, but also letting people know about your own struggles. Being open and transparent about that can go a long, long way. 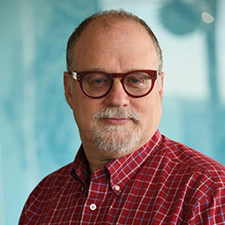