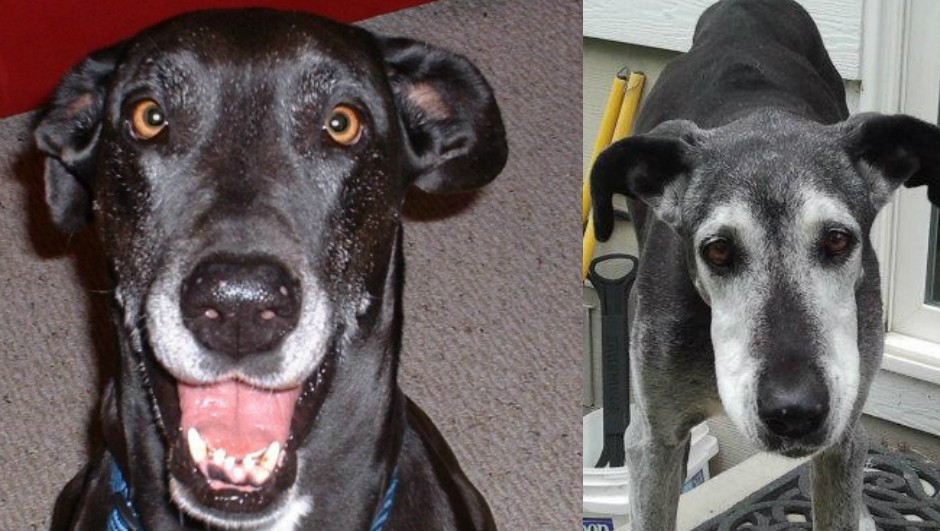 Michael Graner, PhD, is a CU Cancer Center investigator and associate professor of neurosurgery at the CU School of Medicine. So when his 12-year-old Great Dane got sick, he knew what to do.

“We got Star from the Mid-Atlantic Great Dane Rescue,” Graner says. “She got her name because she was always smiling, like a movie star waiting for photos. She’d already been to so many shelters, we didn’t want to change her name again and so we kept it.”

At 12, after many years with the Graners, Star had already reached about double the average lifespan for the breed. When she collapsed during a coughing fit, Graner discovered the cause: lung cancer, specifically advanced bronchoalveolar adenocarcinoma with metastasis to the lymph nodes. The prognosis was grim, with a median survival from diagnosis of only about 6-27 days. And Star was well past the age when she could’ve tolerated chemotherapy or radiation. 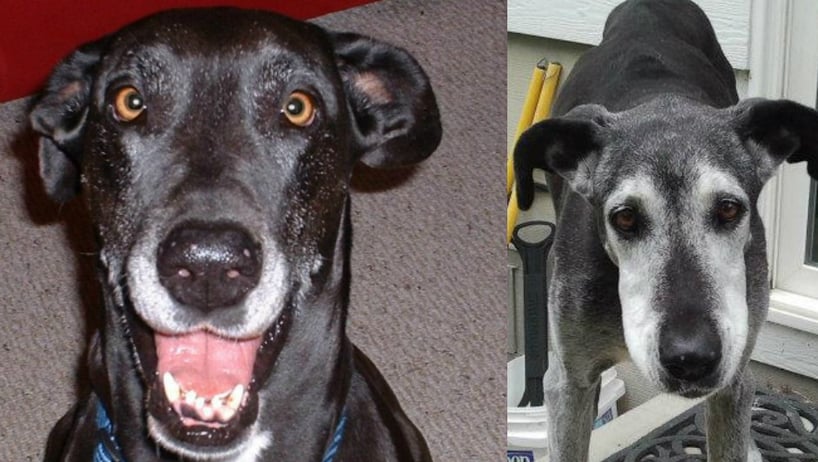 “With that diagnosis, chemotherapy has only a 10-15 percent response rate and she was old – with her prognosis and the drug side effects let’s just say chemotherapy wasn’t viable. We didn’t want to make her any sicker,” Graner says.

So he turned to his specialty, immunotherapy. The idea is to circumvent the immune system’s nasty habit of recognizing cancer as its own tissue instead of seeing it as an invading disease and attacking it. By using engineered vaccines to prime the immune system to recognize tumors, cancer immunologists are using the body’s own defenses to clear itself of the disease. In this case, the treatment was fairly simple and carried almost no chance of side effects that could make Star any less comfortable: a 10-gram sample of her tumor was enriched into an injectable vaccine that contained a high concentration of heat shock proteins in “chaperone-rich cell lysate” (CRCL), which tell the immune system’s T-cells what to attack.

“We expected to see solid metastases within days,” said Graner. “But, you know, then the months started to go by. The important thing to us was her quality of life was really good. It was really simple and it certainly didn’t hurt.” You can read about the treatment and results in a paper in the International Journal of Hyperthermia, on which Graner collaborated with Laura Epple, DVM, now a PhD candidate in the Graner Lab.

Finally, at 44 weeks – more than ten times the best they should have hoped for! – Star showed aggressive progression of the disease. At nearly a year after the diagnosis of a disease that should have killed her within a month, Graner and his family made the difficult decision to euthanize Star.

“We still have a couple of her cell lines here in the lab,” Graner says. “In that way, she’s kind of immortal.”

Another chance for Star’s immortality comes from her potential for her experience to extend the lives of human brain cancer patients. See, Graner has continued his studies with the CRCL-rich vaccines of the type that led to Star’s dramatic and prolonged improvement.

“It’s one thing to treat mice in these fake systems and another to treat a naturally arising tumor that had a poor prognosis,” Graner says. Along with Kevin Lellehei, chair of Neurosurgery at the University of Colorado School of Medicine, Graner recently submitted a proposal to the FDA to treat human glioblastoma with CRCL vaccine. “Star’s success may make it much easier for the FDA to approve similar treatment with human glioblastoma,” Graner says.

In Graner’s proposed trial, human brain cancer patients would continue to receive the standard of care to treat the disease and would also intersperse treatment with the experimental vaccine, whose benefit he hopes to show, but which is also unlikely to cause additional harm.

He describes a similar protocol that failed to get approval from the European Medicines Agency.

“This isn’t a brand new idea,” Graner says. “But until now there had been some gaps in our understanding.” One of these gaps was the fact that while previous researchers had hypothesized that tumor chaperone proteins carried the peptides that, when enriched and reinjected as a vaccine, could sensitize the immune system to tumor tissues, previous studies hadn’t identified these peptides.

In another recent paper, also published in the International Journal of Hyperthermia, Graner describes what he calls, “taking these proteins and beating the peptides off them to see what they are.” Sure enough, many of the peptides isolated from tumor samples were derived from proteins unique to cancer – this means that a CRCL vaccine was likely to result in an immune response directed specifically at tumor tissue and not at surrounding, healthy tissues.

Graner writes that, “Parental proteins [that would be targets for the immune cells] are components of major signaling networks of vital importance for cancer cell survival, proliferation, and migration.”

With the immune system sensitized, the unique genetic mutations that allow cancer cells to act cancerous would also mark them for destruction. With this research gap filled and with Star demonstrating the vaccine’s effect, Graner is hopeful his proposed trial will make it to human patients soon.

“She was a real sweetie,” Graner says of Star. “Hopefully her contribution to the world has just begun.”