In July 2019, Emily McClintock Addlesperger was on vacation in Maine with her husband, Jason, when she felt sick and was airlifted to Portland with internal bleeding. A tumor on her ovary had burst. It was Monday. On Saturday, she passed away. Emily was 44 years old. 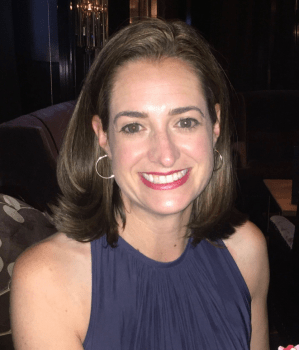 “It was that sudden and that quick,” says her father, Rich McClintock.

When Jason called with the diagnosis, Rich and his wife, Peggy, had flown overnight to Boston and drove to Emily’s bedside in Portland. After open heart surgery to stop the flow of blood clots, Emily couldn’t be moved for two weeks.

“For three or four days, she got a little better, a little worse,” Rich says.

Rich and Peggy spent this time coordinating a plan to transfer Emily’s care to University of Colorado Cancer Center, and then got on a quick flight home to grab clothes.

“We got on the plane and she passed away,” says Rich.

Breast cancer is often discovered early with a mammogram; there are blood tests for prostate cancer; pap smears detect cervical cancer; colonoscopies can find and even correct early-stage colorectal cancer; and doctors are even finding lung cancer at treatable stages with screening for high-risk populations. But there is no early-detection test for ovarian cancer. By the time a patient is diagnosed, ovarian cancer is often advanced, leading to survival rates that are well below those for other cancers.

“When I was very young, polio was a killer and they put a full court press on that and came up with a vaccine. Then on TV, President Kennedy committed to the country ‘We are going to the moon.’ We had no idea how to do it, but we went to the moon. GM says it’s going to switch from making cars to making ventilators and seven days later it happens. Now we need that kind of effort for ovarian cancer. We need a marker that helps us find ovarian cancer early, when we can still do something about it,” Rich says.

The family is working with the CU Anschutz Medical Campus to make that happen. They started by meeting with Saketh Guntupalli, MD, head of the CU School of Medicine Division of Gynecologic Oncology and CU Cancer Center member.

“The passion and energy of these doctors at CU Anschutz is just incredible,” Peggy says. “After our meetings, we’ve become good friends with Dr. Guntupalli – we even dropped off a couple dinners at his house one night. He’s working long hours on coronavirus now, doing good work. It’s the least we can do!” Working with Guntupalli and the CU Anschutz Medical Campus Office of Advancement, the McClintocks helped to establish an endowed chair for former division head, and current CU Cancer Center member, Kian Behbakht, MD. In the 1990s, Behbakht was part of the team that discovered the role of the BRCA gene in ovarian cancer risk. Now, in addition to symptom- screening and preventive treatments (“We would have 70% less ovarian cancer by removing fallopian tubes after child-bearing age,” Behbakht says), Behbakht has set his sights on pinpointing the unique genetics of ovarian cancer that could lead to an early-detection test.

“We need a Cologuard-like screening that you can give to a whole population of women,” Behbakht says. There are about 13,000 ovarian cancers diagnosed in the United States every year. With an online, symptom-based screening questionnaire, followed by a blood test for those found to be at risk, “we could identify about 10,000 of these people at a treatable stage,” he says.

“We’re not going to dwell on what happened to Emily. Dwelling won’t bring her back. Instead, we’re going to fix it,” Rich says.

“We want the reward for Emily’s loss, if there is such a thing, to be a positive outcome for many, many women,” Rich says.