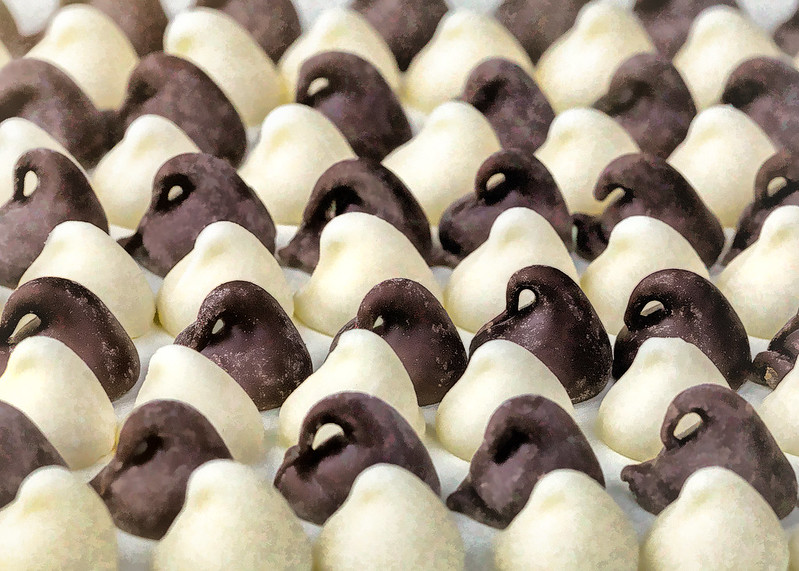 In 1844, multiple myeloma was first treated with a rhubarb pill and an infusion of orange peel. Since then, more than 15 drugs have earned FDA approval to treat multiple myeloma and with so many options, a major question has become what cocktail and sequence is best?

“These days people are going through ten lines of therapy for multiple myeloma and end up getting every drug we have. The question is when,” says Daniel Sherbenou, MD, PhD, University of Colorado Cancer Center investigator and assistant professor in the CU School of Medicine Division of Hematology. “Patients’ first remission is usually their best one, so you want to use the best drugs first. If you get the right drug first, a patient can be in remission five or more years, and that’s the period when quality of life is best, just taking oral medication for their disease. So there’s a lot of advantage for getting the sequencing right.” 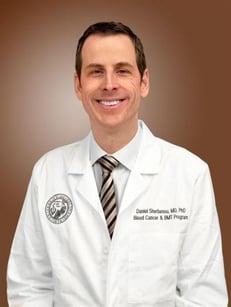 Currently, without a good way to predict which drugs will work, doctors often use three or more agents, hoping that some will offer benefit while assuming that some will not. The use of more drugs often leads to increased drug side effects. And in cases where patients are more frail and side effects are more dangerous (as is often the case in multiple myeloma), doctors and patients may have to pick only one or two drugs and cross their fingers their choices prove useful.

“Right now, the choice between three FDA-approved cocktails really comes down to personal provider preference,” Sherbenou says. “In many cases, there’s no rational way to choose.”

Generally, the many multiple myeloma drugs fall into a few main categories: Drugs that adjust the immune system, proteasome inhibitors, and a relatively new drug, daratumumab, which attaches to a protein called CD38 that is overexpressed on multiple myeloma cells. Now the first paper published by Zach Walker and colleagues from the Sherbenou lab at University of Colorado Cancer Center uses strategies of drug development to predict which classes of drugs will offer the most benefit.

The team took a new approach.

“People have tried this before, but earlier studies purified myeloma cells away from the rest of the tumor. Once these cells are by themselves, their survival takes a dip even without treatment. If you have only 10 percent viability anyway, you only have small window to measure drug effects,” Sherbenou says.

Importantly, purifying multiple myeloma cells into a dish takes them away from the immune system, and without the ecosystem of an immune system, it’s impossible to test immunotherapies.

“Our approach was to culture whole bone marrow, so you get multiple myeloma cells along with immune system and other cells,” Sherbenou says. “It worked much better and we were able to test immunotherapy effects.”

Sherbenou calls his test Myeloma Drug Sensitivity Testing (My-DST). Basically, the test incubates liquid biopsies of a patient’s disease and then treats the samples with the seven most effective drugs approved to treat multiple myeloma. The approach is especially possible in multiple myeloma, which requires a bone marrow biopsy and not a more invasive solid tumor biopsy to obtain a sample of the cancer for testing. Using 55 patient samples of multiple myeloma, the group was able to show that how well drugs kill cells in these samples predicted how well real patients responded to these drugs in the clinic.

“We were surprised at how well it worked,” Sherbenou says.

In addition to using My-DST to help patients and doctors pick the best therapies, Sherbenou hopes to use the test to guide drug development.

“If you develop a new drug for multiple myeloma, the first test won’t be with new patients, and they will be multiple-drug resistant. So you need to pinpoint just the patients who are still likely to benefit. We hope My-DST will help predict which drugs are most promising for a phase 1 clinical trials,” Sherbenou says.

In addition to the publication of more studies fleshing out the science of My-DST, Peter Forsberg and Tomer Mark of the CU Plasma Cell Disorders Program also designing clinical trials around the test. In one trial, the group hopes to test the ability of My-DST to pick treatments that will benefit patients who have already been treated with multiple lines of therapy; in another trial, the group hopes to use My-DST to choose between the three FDA-approved cocktails for patients’ first course of treatment.

“We have such a big menu of options for multiple myeloma – a lot of choices we’re trying to distinguish between,” Sherbenou says. “By choosing the exact one a patient gets, we hope to get them into a deeper response more rapidly.”