OnKure, Inc. and the University of Colorado Cancer Center announced enrollment of the first patient in a first-in-human phase 1 clinical trial testing investigational anti-cancer agent OKI-179, a novel and Class-selective HDAC inhibitor, in patients with advanced solid tumors. The study represents a milestone in the ongoing partnership between OnKure and the University of Colorado system, with the drug discovery and development company built around basic research from CU Boulder and the clinical trial taking place in partnership with CU Cancer Center on the Anschutz Medical Campus.

“This CU homegrown, clinical-stage drug is the result of a multi-year collaboration, so our team is very excited. We’re happy to report that we successfully dosed the first patient and the patient is doing well,” says Jennifer Diamond, MD, medical director of the CU Cancer Center Cancer Clinical Trials Office, co-director of the Women’s Cancer Developmental Therapeutics Program, and principal investigator of the OKI-179 phase 1 clinical trial.

OKI-179 is a potent and selective inhibitor of a family of enzymes known as histone deacetylases (HDACs), specifically inhibiting Class 1 HDACs, which are implicated in the development and growth of a range of solid and hematologic cancers. While previous HDAC inhibitors have shown promise in preclinical studies, clinical benefit has generally been limited by toxicity.

“We’re very optimistic that OKI-179 will fill a hole in what is currently available,” says Anthony D. Piscopio, PhD, president and chief executive officer of OnKure. “It also stands out from FDA-approved HDAC inhibitors based on its unique potency and selectivity profile.”

The compound is an analog of the naturally occurring chemical largazole, named for Key Largo, Florida, where largazole is bio-manufactured by a type of coral-colonizing bacteria indigenous to the region. After its structure and anti-proliferative effects were described in 2008, work by Xuedong Liu, PhD, professor of Chemistry and Biochemistry at CU Boulder, showed that largazole and the chemical analog that would become OKI-179 achieves its anti-proliferative effects through the mechanism of HDAC inhibition. Dr. Liu also serves as Chief Science Officer of OnKure.

The phase 1 clinical trial (NCT03931681) is offered exclusively at CU Cancer Center to patients with solid tumors for whom no standard therapy exists, and is meant to explore drug safety, tolerability, and dosing. Additional research, including a 2017 study by CU Cancer Center investigators published in the Journal of Clinical Oncology, shows that in addition to possible single-agent use, OKI-179 may sensitize tumor tissue to targeting via immunotherapies including anti-PD1 checkpoint inhibitors.

“This drug is a compelling part of our portfolio of innovative clinical trials in the CU Cancer Center Women’s Cancer Development Therapeutics Program,” Dr. Diamond says. 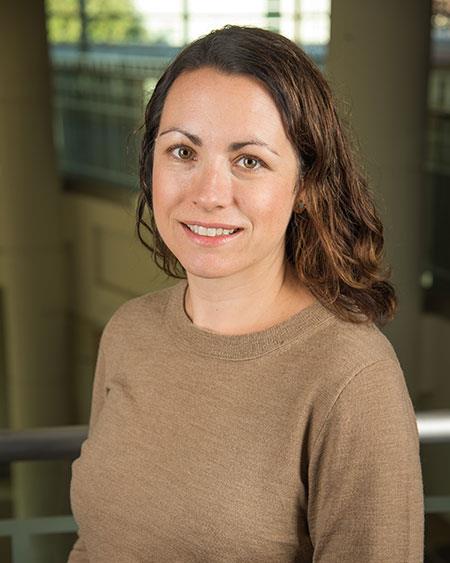