Richard D. Schulick, MD, MBA, a renowned cancer surgeon and accomplished administrative leader, has been named director of the University of Colorado Cancer Center to lead a $100 million investment in the program over the next five years.

Schulick joined the University of Colorado School of Medicine in 2012 and he is the Aragón/Gonzalez-Gíustí Chair of the Department of Surgery. He will continue in that role in addition to serving as director of the CU Cancer Center.

Under Schulick’s leadership, the Department of Surgery has doubled in size, recruiting top talent from across the country and building a strong program that now includes more than 180 faculty and 78 research staff and that currently provides training to 135 fellows and residents.

In 2017, the Department of Surgery handled 17,375 operating room cases and 86,365 patient visits. Research activity in the Department was also robust, with $22.3 million in total funding, 27 active clinical trials and 425 peer-reviewed publications in 2017. During the past five years, total grant awards have increased 145 percent.

“We are incredibly fortunate to have a leader as talented as Dr. Schulick already on our faculty and ready to enhance the high-quality research and care provided by the faculty and staff of the CU Cancer Center,” said John J. Reilly, Jr., MD, dean of the School of Medicine. “Dr. Schulick will be implementing an impressive plan to extend the reach of the cancer center, further integrate our research and clinical programs and improve the quality of life for the patients we serve.”

That plan calls for an investment of more than $100 million in cancer research over the next five years boosting research and clinical care on the Anschutz Medical Campus and making clinical trials and research available at additional sites across the state. This new investment is provided by CU, UCHealth and philanthropic donors.

“We are excited that Dr. Schulick will now lead the CU Cancer Center including this $100 million fund, helping chart the future of cancer treatments and improving the lives of patients throughout the Rocky Mountain region,” said Elizabeth Concordia, UCHealth president and CEO. “The CU Cancer Center is a nationally renowned leader in cancer research, and hundreds of their innovative clinical trials are available at multiple UCHealth locations including our hospitals in northern Colorado, metro Denver and Colorado Springs.”

In addition to the UCHealth support, new and ongoing support for the CU Cancer Center will enhance its research and care. Examples include a $20 million School of Medicine investment in the Human Immunology and Immunotherapy Initiative, a state of Colorado appropriation of $1.7 million per year,  and philanthropic support for major cancer research programs, such as a $10 million gift for lung cancer research.  Additionally, the School has supported high-profile recruitments to the cancer center program including the hiring of pediatric oncologist Terry J. Fry, MD, a leader in developing gene-based therapies for treating acute lymphoblastic leukemia.

Upon completing his training, Schulick joined the Johns Hopkins University faculty in 1999, holding multiple positions and rising to the rank of professor of surgery, oncology, biomedical engineering, and obstetrics and gynecology in 2009. He held the John L. Cameron Chair and was Chief of the Division of Surgical Oncology at Johns Hopkins. He was recruited to CU as chair of surgery in 2012.

While at CU, Schulick has pioneered one of the most advanced minimally invasive techniques in surgery of the pancreas. Schulick and surgeon Barish Edil, MD, first performed a groundbreaking operation at University of Colorado Hospital in 2012, called the laparoscopic Whipple, a complicated, highly specialized operation used to remove the head of the pancreas surrounding the duodenum and end of the bile duct. By performing the surgery laparoscopically, patients have a lower risk of postoperative wound infections, lower pain and faster recovery. This program has become one of the largest laparoscopic Whipple programs in the nation.

Schulick is the author of more than 300 articles, book chapters and other publications and the principal investigator on multiple studies and clinical trials, including a study targeting CD112, a protein involved in the body’s ability to fight cancer.

The CU Cancer Center’s clinical partners on the Anschutz Medical Campus are consistently ranked among the best hospitals in the country. University of Colorado Hospital, where most cancer center adult patients receive treatment, ranks No. 15 nationally on the most recent U.S. News and World Report list of best hospitals out of about 5,000 that were evaluated. Pediatric cancer patients receive treatment primarily at Children’s Hospital Colorado, which ranks No. 8 in pediatric cancer care in the most recent U.S. News report.

Schulick will be the third director of the CU Cancer Center since its inception in 1985. Paul Bunn, Jr., MD, was the founding director, who led the effort to receive the first support grant from the National Cancer Institute (NCI). Dan Theodorescu, MD, PhD, became the director in 2010, leading it through two grant renewal cycles, most recently in 2017. The Samuel Oschin Comprehensive Cancer Institute at Cedars-Sinai in Los Angeles announced in May that Theodorescu will be joining it as director effective July 1. 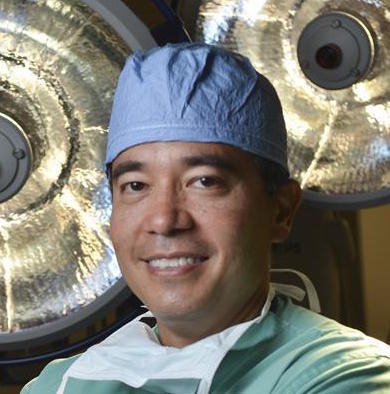