Researchers at the University of Colorado School of Medicine have been awarded a $1.6 million, four-year grant by the National Eye Institute of the National Institutes of Health (NIH) to study systemic biomarkers of inflammation that signal the progression of age-related macular degeneration (AMD).

AMD is a chronic multifactorial disease primarily disrupting the functionality of the retina. It is a leading cause of vision loss, affecting more than 11 million people nationwide who are typically ages 60 and older. AMD presents on a spectrum of three stages: early, intermediate, and advanced disease.

The grant allows Anne Lynch, MD, MSPH, director of the Ophthalmic Epidemiology Division, and her research team to target patients with intermediate AMD and investigate markers that are most predictive of the progression to advanced forms of AMD.

“While there are treatments for patients with the neovascular form of AMD, there are a limited amount of treatment options for patients with geographic atrophy,” Lynch says. “My whole idea was that we really should try and identify patients before they get to the advanced stage of AMD and then see if there’s an intervention, or something we can identify that can be modified in their lifestyle, before they actually progress to advanced AMD.”

Lynch and her team have collected some pilot data that points to evidence of circulating inflammatory biomarkers, such as complement, cytokines, chemokines, and high-sensitivity C-reactive protein, that have distinguished patients who progress to the advanced stages of AMD. To further develop and refine these associations, the team will analyze these inflammatory biomarkers found in intermediate AMD patients’ blood and link the results with their genetics, social behaviors, medications, and diseases, while utilizing sophisticated imaging technologies.

“Our goal is to develop risk profiles for patients with intermediate disease who still have very good vision to predict those who will have more rapid deterioration of vision over the next two or three years,” co-investigator and chair of the CU Ophthalmology Department at the Sue Anschutz-Rodgers Eye Center, Naresh Mandava, MD, says. “That way, we can better populate clinical trials to study new medications that can benefit all AMD patients.”

Although the development of these risk profiles could offer novel insight into therapies for patients with earlier stages of AMD, according to Mandava, funding for this type of clinical research is rare.

“Big data work involving large epidemiologic databases followed over time historically have not recently been funded by the National Eye Institute,” he says. “It's actually very difficult to get one of these grants because of the fear that you're looking for a needle in the haystack, but the reality is that pharmaceutical companies look to large studies like this one to identify these high-risk populations. They don't have the ability to look at several hundred patients over 5 to 7 years and to say what the high-risk factors were.”

This is the first NIH grant to investigate the role of systemic biomarkers of inflammation in the intermediate phenotype of AMD. Lynch, her research team, and vitreoretinal specialists in the CU Department of Ophthalmology hope to recruit about 600 patients with intermediate AMD into this new study.

“The big difference between this study, and really any other study, is that we are following these patients with the collection of longitudinal blood samples and images,” Lynch says. “While it is a huge opportunity to collect the patient’s blood samples at the time we enroll them, it’s even more important that we get to follow each patient to see what's happening with their inflammatory profile over time and if they ultimately progress to advanced AMD.”

When Lynch joined the division in 2014, she and the division created a registry to study AMD patients who visit the Sue Anschutz-Rodgers Eye Center. The registry now has more than 1,400 patients with varying levels of AMD. These patients are meticulously followed every six months to one year, depending upon the severity of their disease. 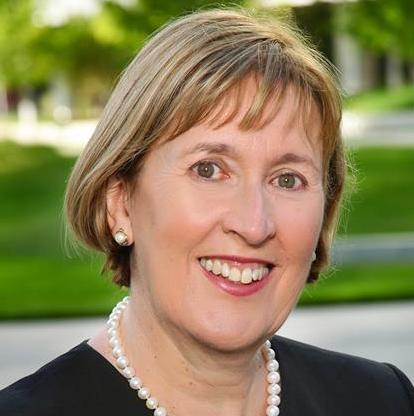