Home News COVID-19 Vaccine Update: More Than 80 Under Development back to News

Herd immunity to a germ occurs when enough people become immune to minimize the spread of the virus. Immunity occurs either through being infected naturally or through vaccination. Can we stake our hopes of conquering COVID-19 on herd immunity via widespread infection?

“No,” came the resounding answer from a panel of experts at a recent Department of Medicine grand rounds through the School of Medicine at the University of Colorado Anschutz Medical Campus. 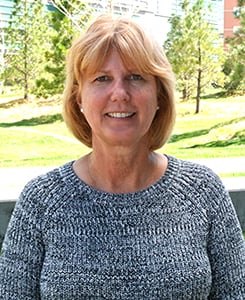 For SARS-CoV-2, the virus behind COVID-19, Rochford said that 70% of the United States population would need to become infected in order to gain herd immunity. Krammer said we are nowhere near that level of infection. “It would take a lot more deaths to reach herd immunity levels. I don’t think it’s worth it,” he said.

“Immunity through exposure is not a viable option to contain this pandemic,” Rochford said. “We need a vaccine.”

The panel summarized the most important questions surrounding the state of COVID-19 vaccine development.

How many vaccines are being developed?

How do vaccines target SARS-CoV-2?

How do we gain immunity?

How are the COVID-19 vaccines different?

Why do we need more than one vaccine?

How soon will a vaccine be available?

Why do vaccines take so long to develop?

Once someone develops immunity following infection with SARS-CoV-2, how long does the protection last?

Is SARS-CoV-2 likely to mutate, making a vaccine ineffective?

Who may not benefit from a vaccine?

Krammer said many vaccines don’t work well in older people, which is the age group most at risk for death from COVID-19. Kedl added that vaccination strategies for other viruses, such as the flu, have found that generating immunity in the young can better protect the elderly. “Focus first on vaccinating those under 12 and those over 65 – this is a possible first line of defense against disease spread.”

Guest contributor: Shawna Matthews is a freelance writer specializing in science and healthcare.