A second opinion helps a pancreatic cancer patient check all the boxes to a successful journey.

Bonnie Dahl knows chance and circumstance played key roles in halting her pancreatic cancer, one of the most deadly and insidious forms of the disease.

Chance came when a keen radiologist spotted the tiny cyst on the CT scan her doctor had ordered of the longtime Boulder businesswoman’s lungs, not her pancreas.

Circumstance took over when Dahl called her brother, who was being treated for head and neck cancer at the University of Colorado Anschutz Medical Campus, before booking with the local surgeon her gastroenterologist recommended.

“It just didn’t feel right,” Dahl said of questioning her first medical plan despite always having her healthcare in Boulder.

Today, after months of treatment at the CU Anschutz Medical Campus in Aurora, Dahl’s tests show no signs of the disease, and her doctors say chances of the highly recurring cancer sneaking back unseen are lower than average.

“Going through such a serious cancer, I know how fortunate I was,” said Dahl, who will celebrate a year since her last chemotherapy treatment on Jan. 27. “I know that not everybody has these outcomes. But it’s how you deal with it along the journey that is key.”

‘I was in good hands’

Following her premonition to get a second opinion was a right move, something almost all doctors recommend when facing serious diagnoses. Her brother’s physician assistant at CU Anschutz was a longtime friend of Dahl’s daughter who had also worked at one of Dahl’s stores in Boulder as a teenager.

“She called me and said, ‘Bonnie, Bruce just told me about your diagnosis,’ recalled Dahl, sharing her story that began with a nagging cough eventually diagnosed as post-nasal drip. “She said, ‘You have to go to Anschutz. We have the two top surgeons in the world for pancreatic cancer.’”

After more research and convincing recommendations, Dahl quickly found herself meeting with her care team at CU Anschutz, which included one of those top surgeons, Marco Del Chiaro, professor and division chief of surgical oncology at the CU School of Medicine.

“I was really excited, because I just had this sense of things going in the right direction,” Dahl said. “I knew I was in good hands.”

The team had already set Dahl’s treatment plan after reviewing her case with the CU Cancer Center tumor board – a rare entity that involves upward of 25 multidisciplinary specialists who meet weekly, evaluating and monitoring every patient case based on tumor type (e.g., sarcoma specialists on Monday, pancreatic specialists on Tuesdays, etc.).

“It’s been demonstrated that when you go to a high-volume, integrated center that specializes in a particular cancer, your results are better,” said CU Cancer Center member Del Chiaro, an international leader in highly complex pancreatic surgery who works alongside world-renowned experts in all major cancer types.

Due to the integrated approach and advanced surgical techniques, Del Chiaro and his team are able to operate on more of its pancreatic cancer patients, nearly double the national average, a key to improved outcomes.

Of course, cancer care goes well beyond surgery, and for Dahl, her medical oncologist’s advanced, evidence-based treatment plan played just as vital of a role. Dahl’s protocol included four sessions of a powerful chemotherapy drug before surgery and then eight more after the operation was done.

Called FOLFIRINOX, the chemotherapy Alexis Leal, MD, used for Dahl was once limited to patients with cancers that had spread beyond the pancreas. “But we are using it now in the neoadjuvant (before surgery) setting because the data show it provides better outcomes.”

For Dahl, the outcome was “stellar,” Del Chiaro said, with final pathology after surgery showing no signs of cancer cells remaining. Generally, only 3% to 5% of patients have such results, he said.

Continuing with the aggressive, post-surgery chemotherapy plan, even in cases like Dahl’s, remains critical, Leal said. Especially with pancreatic cancer, cancer cells might have escaped through the blood stream and be lurking elsewhere, she said. The rationale is that the drug will seek out and kill any remaining cells, she said.

In the largest study of its kind released just last month, Del Chiaro and colleagues confirmed improved outcomes for patients who received chemotherapy pre- and post-pancreatic surgery compared with patients who did not.

“I went through the entire protocol of somebody who’s stage 3,” Dahl said. “So I did not get a pass at all – except that I caught it early.”

‘A close eye on Bonnie’

The lucky catch, which resulted from a friend pushing her to see a doctor for a persistent, unrelated cough, played a big role in Dahl’s success, Leal said. With no viable screening method for pancreatic cancer, the disease often goes undetected until later stages, a large reason behind its third-deadliest cancer rating in the country (behind lung and colon).

Dahl’s cancer stemmed from a precancerous pancreatic cyst called an intraductal papillary mucinous neoplasm (IPMN), Del Chiaro said. Not all of these pancreatic cysts, which studies suggest are present in a large percentage of the population, become cancerous.

Again, luck was on Dahl’s side. CU Anschutz has a clinic dedicated solely to pancreatic cysts, run by Del Chiaro and colleagues.

“It’s something really unique,” Leal said. “I don’t know of other cancer centers having this. Not uncommonly, we get referrals from primary care physicians, surgeons and other doctors for patients that had these cysts incidentally picked up on scans.”

“Another great thing about CU Anschutz is that they want you to live and to lead a normal life when you can during treatment. They are the first to say: If you’re up for travel, do it. I appreciate that.” – Bonnie Dahl

CU Anschutz patients with IPMNs are rigorously surveilled for life, with highly specialized cystic experts monitoring and discussing each patient’s case to determine when and if surgical removal is necessary. “We’re going to keep a close eye on Bonnie,” Leal said. “It’s unlikely that something would be missed in the future.”

‘A force to be reckoned with’

Although luck and expert care played roles in Dahl’s success story, the woman herself brought something to the table, Leal said. “She is so positive,” Leal said, adding that no matter how rough the chemotherapy would get, Dahl would report: “I’m doing great!”

The petite Dahl, who said she is “5 foot tall on a good day,” fell to a low of 88 pounds over the course of her care, but never complained, Leal said. “She was an unwavering force. It brings tears to my eyes,” Leal said, noting that Dahl, a dedicated world traveler, left a mark on all of her caregivers.

“She was always planning trips and vacations in between her chemotherapy cycles,” Leal said of Dahl, whose excursions included among others a girls’ trip to Greece mid-treatment and a family vacation to Sri Lanka after her last chemotherapy session.

“Another great thing about CU Anschutz is that they want you to live and to lead a normal life when you can during treatment,” Dahl said. “They are the first to say: If you’re up for travel, do it. I appreciate that. I don’t think you get that from other institutions.”

“This is why we’re doing this," Leal said she always tells her patients. "We’re doing this so you can live your life. Patients of mine that have that positive way of being and relating just do well,” Leal said. “We love Bonnie. She’s a force to be reckoned with. I think that really served her well.”

Photo at top: Bonnie and Gary Dahl in Sri Lanka days after her last chemotherapy treatment. 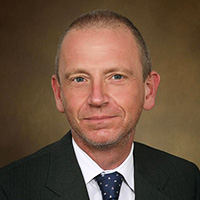 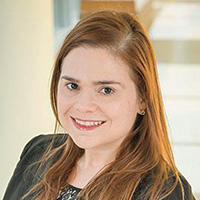