Pharmacists are known for being medication experts who take their role of patient education seriously. 2012 PharmD alum James Delk has created a way to make that serious message, well, fresh. 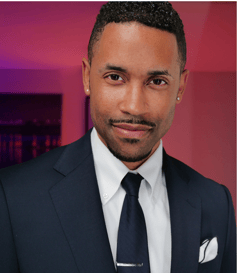 AKA The Fresh Pharmacist

During his “day job,” Dr. Delk serves as a Kaiser Permanente outpatient pharmacist, generally dealing with emergency discharges, oncology, and general pharmaceutic medication. When he’s not at work, however, he transforms into “The Fresh Pharmacist” and takes his healthcare knowledge to the masses via flashy YouTube videos and multiple social media channels.

Originally from the LA area, Delk admits that he has always been equal parts tech geek and artistic creator. While at CU School of Pharmacy, photography was his go-to creative outlet. After graduation, he turned his love of the still image into the video platform that now carries his message of pharmaceutical education to close to 20,000 subscribers.

“I can use my love of photography/videography and tech, mixed with pharmacy, to combine the things I love into an art which allows me to use my interests to serve an even broader group of people that I would normally be limited to in an individual pharmacy,” says Delk. “Now, I get to talk about medications, tech-related health and how it relates to people - and answer questions when needed to a larger amount of people.”

Education for the Masses

Go to Delk’s YouTube Channel and you’ll find tightly produced videos on everything from how you might be cleaning your ears wrong to which thermometer is best for your kids. His most popular video, racking up close to 550 thousand views, is an informative explanation of what is generally referred to as the Plan B contraceptive.

As The Fresh Pharmacist’s viewing audience has grown, so have the opportunities to partner with a number of health-related businesses that want to get their product or message in front of Delk’s young and digital-savvy audience. 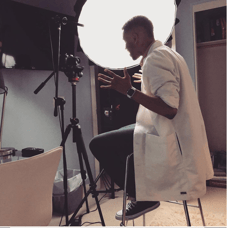 Delk recording one of his

“I’ve been able to work with diabetic companies, online pharmacy, direct-to-consumer businesses, and multiple over-the-counter companies who were interested in getting their products seen by the public,” Delk explains. “It’s been so fun getting to use new devices and give my take on its value to the public who may not be as well versed in the items that they may be purchasing. What a way to reach more people, in a way, that excites me the most!”

Watch one of Delk’s videos and it’s easy to see why he has developed a following. His charming good looks and conversational style, coupled with his solid pharmaceutical knowledge, makes him just what the Doctor (of Pharmacy) ordered for those seeking understandable medical information in an entertaining package.

But, Delk’s life hasn’t always been bathed in the golden hue of professional lighting.

“I’m from Lynwood, California which may not be in the greatest part of town in L.A.,” admits Delk. “But having my parents, Jesse and Angel Delk, who always led by example and inspired me to want and search for more, really gave me the opportunity to go further."

His search for more led Delk to originally study computer science at California State University, Long Beach. But after working as a pharmacy clerk, he decided he liked the patient-centered work that the pharmacy field provided.

“I thought it would be fun and more rewarding to have an impact on the community that I was a part of and that was around me,” says Delk. “I soon switched majors and haven’t looked back since.”

Delk editing a show in his home studio

Although Delk’s impact has grown far beyond his local community, he still uses his lived experience as a person of color to better relate to the diverse individuals he treats and educates.

“(Being a person of color) . . . teaches me open-mindedness and patience when dealing with people who may not share the same background or experiences,” Delk explains. “In all walks of life sometimes we may have biases, or just ideas/stereotypes of people based on things we see in the media or from other people’s comments. I feel that my perspective allows me to take each person as they come and try to find common ground no matter what their backgrounds or perspectives may be.”

Perhaps it’s Delk’s ability to find that common ground that makes “The Fresh Pharmacist” so effective at bringing healthcare education to the digital world.

Check out all of The Fresh Pharmacist’s channels: