As of January 24, 2022, the FDA announced the Center for Biologics Evaluation and Research (CBER) plans to issue new eligibility criteria for corneal donations and donors later this year. CBER released a list of agenda items under consideration for updated guidances, including new industry guidelines for blood and blood component donation suitability, donor eligibility, and source plasma quarantine hold requirements. For nearly 30 years, federal regulations have limited gay and bisexual men from donating their corneas in the United States. After years of advocating for this policy change, Michael Puente, MD, assistant professor of ophthalmology at the University School of Medicine, thinks the finish line is in reach.

"This discriminatory policy has robbed thousands of blind patients of the chance to see again," Puente says. "We'll hopefully be able to bring sight back to those in need of corneal transplants across not only the nation, but across the world."

The death of a 16-year-old boy who was bullied for being gay inspired Michael A. Puente, MD, assistant professor of ophthalmology at the University of Colorado School of Medicine, to campaign to change a 27-year-old federal regulation restricting the ability of gay and bisexual men to donate their corneas in the United States.

Many causes of blindness or visual impairment can be cured through corneal transplant surgery. However, since 1994, federal policy has banned men from becoming cornea donors if they have had sex with another man in the past five years, even if they are found to be HIV-negative.

Puente’s study, published last fall in JAMA Ophthalmology, reported that the five-year deferral policy had eliminated as many as 3,217 corneal donations in 2018. The policy has not changed since 1994 and does not reflect more reliable and faster HIV testing available today. Puente also mentions that there has never been a case of HIV transmission through a corneal transplant anywhere in the world, even in cases where the corneal donor was HIV-positive.

“This issue came to my attention a couple of years ago when I heard the story of a teenage boy who couldn’t donate his corneas just because he was gay,” Puente says. “His name was AJ Betts from Des Moines, Iowa, and he was the only openly LGBT student in his entire high school. He was bullied mercilessly by his classmates and even two of his teachers, and the bullying ultimately led him to commit suicide.”

Betts’s family donated his heart, lungs, liver, and kidneys to save the lives of six people, but the federal policy prohibited donating his corneas.

From study to advocacy

While corneal donations in the United States meet local demand, the need worldwide is much higher. Wait lists for corneal transplant surgery in some countries extend several years. Eliminating the ban could increase the availability of vision-restoring surgery worldwide. 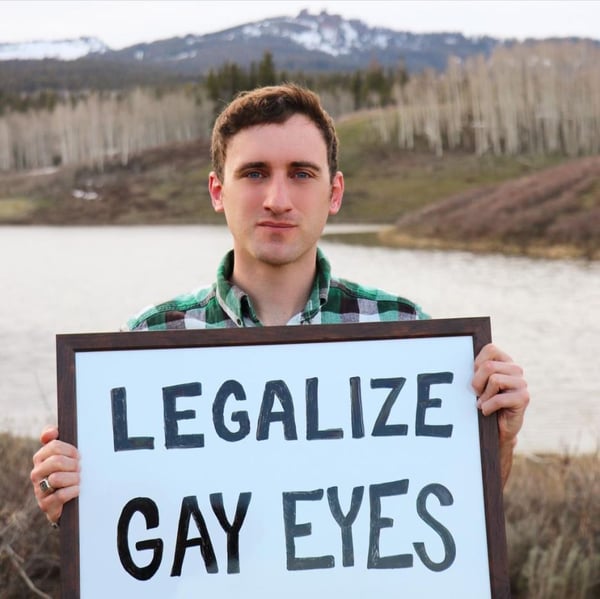 Michael A. Puente, MD, is challenging a federal ban on cornea donations
by some gay and bisexual men as outdated and discriminatory.

Last year’s study was just the starting point for Puente. Working with the Eye Bank Association of America and the American Academy of Ophthalmology, he has set a meeting in September with the U.S. Food and Drug Administration (FDA).

Puente, who is the first ophthalmologist to bring attention to this issue, hopes the meeting will put this policy officially on the agenda for the FDA to review.

“I’m confident that if the FDA does their research, looking into current evidence, that they will substantially shorten the five-year deferral period for gay and bisexual corneal donors, or even eliminate it altogether,” Puente says.

Puente plans to contact members of Congress to ask them to raise this issue with the FDA. He also plans to rally a group of doctors and medical students on the steps of the Colorado State Capitol.

The COVID effect and growing need

The need for donated corneas continues to grow, while the COVID-19 pandemic has hampered donations worldwide.

“An estimated 12.7 million people around the world need a corneal transplant, and that number was calculated before the pandemic,” Puente says. “The numbers are even worse now. Many eye banks were shut down completely during the pandemic. A lot of people had difficulty seeing an ophthalmologist, so now there’s even more of a backlog than ever before.”

Puente considers the policy a human rights issue, and that saving the discarded corneas from gay and bisexual men could address the worldwide cornea shortage and restore vision to thousands of patients.

“There’s absolutely no reason from a medical standpoint that gay and bisexual men can’t be corneal donors,” Puente says. “The current federal policy is not based on current evidence and is treating an entire demographic differently from other people. It’s discriminatory. And any time there is a discriminatory policy in health care, I believe the entire medical community should strongly advocate for that to change.” 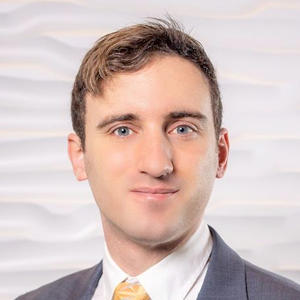