Before she died in her mother’s arms, baby Lily’s NICU experience inspired Sahra Cahoon’s nearly 10-year-strong nonprofit: Love for Lily. During the past decade, Cahoon’s group has supported and educated many families facing medical fears and long NICU stays, complementing a professional CU psychiatry program monitoring UCHealth University of Colorado Hospital NICU parents. With the pandemic, their work this past year intensified.

Sahra Cahoon remembers watching her baby girl turn blue. As doctors and nurses rushed to the incubator, bagging the infant and performing CPR, the fear the new mother felt defies words. But at least her partner was by her side.

“We thought we were going to lose her so many times along this journey,” said Cahoon, whose first daughter was born 10 years ago at 24 weeks, weighing 1 pound, 10 ounces and measuring barely the length of a ruler. She needed resuscitation more than once during her 14-week stay in the UCHealth University of Colorado Hospital Neonatal Intensive Care Unit (NICU).

“Even when the isolation felt all-encompassing, we stood in the midst of it together,” Cahoon said of her and her husband, Theodore. “Not having that is unimaginable.”

Fear and isolation top the emotions of NICU parents, whose first weeks or months of parenthood are detoured into a world of fragile infants, protruding tubes and beeping monitors that serve as constant reminders their baby’s life is at risk. Add to that a life-changing worldwide pandemic, and the stress meter rises.

“We’ve seen oh-so-many families in need,” said Cahoon, whose experience with baby Lily, whom she and her husband eventually lost, inspired her to launch Love for Lily. The nonprofit group supports and educates NICU families in area hospitals, including the UCHealth University of Colorado Hospital.

While Cahoon praised the work of hospital administrators in keeping their patients safe during the pandemic, COVID-19-related restrictions in NICU’s across the country have her and mental health experts on high alert.

“Pre-pandemic, one in seven women and one in 10 men of healthy babies experienced some form of perinatal mood or anxiety disorder,” said Allison Dempsey, PhD, associate professor of psychiatry in the University of Colorado School of Medicine. With a high-risk infant, those numbers jump to one in three moms and one in five dads.

“So we know that having an infant with a medical complication is really, really stressful for families,” said Dempsey, director of the Connections Program for High-Risk Infants and Families in the Department of Psychiatry.

The CU program’s multidisciplinary team cares for all UCHealth NICU families with babies born before 32 weeks gestation, as well as families in NICU's across the state via telehealth.

Biological factors, including hormones, account for some of the higher tendency toward mood disorders, but many issues unique to NICU parenting intensify the risk; grief is one of those, Dempsey said.

“Even though their babies are alive, there’s grief over the loss of a typical pregnancy or delivery and post-partum period with their babies, which is not what they wanted for their babies or for themselves as new parents,” she said. “There also can be trauma symptoms related to just having a very vulnerable child.”

Even during the pandemic, medical fears outweighed coronavirus fears for NICU parents, according to surveys conducted by Dempsey’s team. One exception: NICU parents who were front-line healthcare workers and first responders often reported higher anxiety surrounding the pandemic and concerns of exposure.

Yet, as hospitals restricted visitation a year ago because of the highly contagious SARS-CoV-2, juggling life for some NICU parents grew harder, Dempsey said.

“Parents of NICU infants already have a hard time being at bedside. They want to be with their babies, but they have siblings, family members, work obligations, transportation difficulties.” With hospital restrictions, family bonding time was lost, Dempsey said.

School and daycare closures created another barrier for NICU parents torn between home and hospital, she said, as well as quarantines when parents were potentially exposed to the virus.

“I can’t totally wrap my head or my heart around the experiences that families have gone through this past year,” said Cahoon, who was at Lily’s bedside at least 12 to 15 hours a day.

“I can’t totally wrap my head or my heart around the experiences that families have gone through this past year.” – Sahra Cahoon, Love for Lily founder

“When families can’t be there, it’s also harder to learn all the things that are needed to feel confident and prepared to take baby home safely after the NICU,” Dempsey said.

The Connections Program supplied iPads with additional funding from the University Hills Rotary Club for times when parents could not be at their babies’ sides. It also offered varied outpatient programs via telehealth for families with high-risk infants across the state.

Technology also allowed Love for Lily to assist virtually. “March 16 was the last time we stepped foot in the hospital,” said Cahoon, adding that she is hopeful for a return soon, when her crew is fully vaccinated.

Emphasizing that parents who develop post-partum mood disorders need to know they are not to blame, Dempsey said parent-child interactions are critical to a child’s social, emotional and behavioral development.

Research shows parents who suffer from mood disorders post-partum don’t talk to their infants as much, she said. “And that is really important for language development and other social interaction skills.”

While masking is essential for infection control, child psychologists have some concerns about its effect during the pandemic as well, Dempsey said. “Expressions are really important for infant development.” In the UCHealth NICU, parents have access to clear facial masks to increase babies' facial expression exposure.

Because taking a NICU baby home can be trying as well, the Connections Program offers parent support groups and outpatient therapy, and programs such as Love for Lily can play a big role after NICU stays as well, Dempsey said.

“We let them know they are not alone,” Cahoon said. “We are there to support families in their journeys and give them coping skills.”

If anyone knows how to cope, it would be Cahoon and her husband. Despite the trauma of the Niwot couple’s first daughter’s early weeks, the pair also experienced joy and exceptional care, Cahoon said.

With the support of their providers whose treatment options had run out, the couple chose to take Lily off support and see if she could survive with just high-flow oxygen for 24 hours. She did, and the two opted to take her home with hospice care.

Lily lived at home for almost a month before one day, in her mother’s arms, she opened her eyes, gave her a smile, and closed them again – for the last time.

Today, a wooden sign hangs over the bedroom door of the Cahoon’s two daughters, ages 6 and 2. “You are my sunshine” adorns the front of the sign, a gift from a crowd of well-wishers who gathered when Lily left the NICU.

“Every doctor, nurse and respiratory therapist came to say goodbye,” Cahoon said, the memory bringing back tears. “It was one of the most beautiful gifts I’ve ever seen of an outpouring of love,” she said.

“The back of it has all of the signatures of our care team, the people who had stood with us and helped keep our sweet girl alive,” Cahoon said through tears. The good memories help the family cope, she said. “I never want to forget.”

Contact WBHW@cuanschutz.edu or call (303) 724-1646 for more information about the Connections Program and its services. 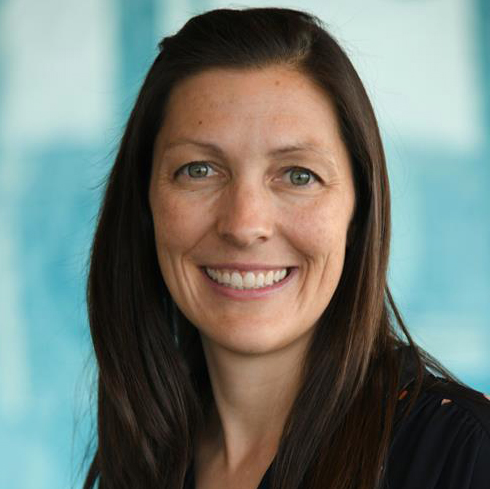