PART THREE (of five) – Uncle Doc: A POW’s Story of Survival, Compassion and Hope: Jack Comstock, MD, graduated from the CU School of Medicine in 1938 and joined the Army in 1941, stationed first at Fitzsimons General Hospital (now the Fitzsimons Building at CU Anschutz), then a post at Sternberg Hospital in Manila, Philippines. War broke out later that year with the bombing of Pearl Harbor. After the Japanese invaded the Philippines, Comstock was taken prisoner and served as a POW physician for almost three years until he was freed in February 1945 by the U.S. Army Rangers.

“Uncle Doc,” as Jack Arthur Comstock became known, was born in Fort Collins on Dec. 19, 1914, the youngest child of George and “Miss Arthur” Comstock. During his early years, Jack’s family, which included a brother and a sister, shuttled between dusty outposts in Colorado, Texas and Oklahoma. Members of the family often separated for the sake of keeping or finding employment.

Eventually, the family settled near the Flatirons in Boulder, kicking off a long connection between the Comstocks and the University of Colorado Boulder.

“I think they all learned to be more independent – sooner rather than later,” said Jacquie Kilburn, a niece of Comstock’s who remains in Boulder.

The Great Depression and other hard times honed Jack Comstock’s sense of hope and resiliency, which would serve him well during the greatest challenge of his life – almost three years as a POW in the Philippines during World War II.

‘Waste not, want not’

“He was a child of the Depression. It was waste not, want not; fix it up, or do without,” said Nancy Wittemyer, one of Comstock’s nieces, who also lives in Boulder. “From the time he was a little toe-headed urchin, that go-for-it attitude was in his genes.”

Both of Jack’s parents were lifelong educators who went where the work was. They instilled in their children a desire to learn and to dream. Comstock’s dream was to become a doctor.

Later, as a prisoner in the Japanese-occupied Philippines, Comstock showed remarkable agility; each day, he shuttled between physician, observer and writer. With his pen, he painted spare vignettes in his diary, which became the only real-time journal of practicing medicine as a POW in the Pacific Theater of WWII.

Uncle Doc’s early scribblings offer a window into themes that would fill his journal for over three years: daily death rates, rampant rumors of how the war was going, pervasive and deadly illnesses in camp, bouts of depression and homesickness, and atrocities committed by captors, often carried out in fits of rage.

Several entries in summer 1942 – one recounting a summary execution of prisoners, which was common – were emblematic of his time in captivity:

June 25: Men on my ward rapidly going downhill. … About 60 with chills and fever including dysentery, edema. No medicines or supplies. Epidemic of upper respiratory disease. I believe one-half will be dead in four to six weeks if no medicine comes. Rumors of great naval battle off Guam. Today ends one month since we left Bataan. … Waiting is sure tiresome.”

June 26: At sundown two Americans and two firing squads of six each were marched to the hospital area. Americans were set on the edge of their graves and shot. Neither fell in as supposed to. One grave was full of water. Four firing squads on the other side. Seven were reported shot, including one Filipino woman. Hope I never have to witness such a thing again.

June 27: Three pats with cerebral malaria, will likely die despite giving some of my own quinine. Very depressing situation. How everyone wishes the war would end soon. It is so useless and futile, appearing especially so to us as we believe there is only one possible outcome.

June 30: Death rate increasing again. Nothing to be done about it.

July 11: Announced by Japanese Imperial HQ in P.I. that from now on for every man who escapes, 10 prisoners will be shot.

‘The will to live’

A confluence of emotions dogged Jack Comstock over a period of weeks. And yet he continued, as he did throughout his imprisonment, to let hope seep in.

Edward Kinzer, MD, also a CU School of Medicine alumnus and an Air Force veteran, served in WWII for three years. For about a year in the 1990s, he treated victims of starvation and atrocities of war in Nigeria and Mozambique.

“You can almost see the signs of death in a person who has lost the will to live,” Kinzer said. “The people who still had the will to live, the will to eat anything, to suffer any insult to their body that you can imagine, are those who are going to live.”

Kinzer noted that Comstock, as a member of the medical team, received a small stipend from the Japanese – “maybe $20 a month that they could use to purchase stuff from the native population. So, (officers) didn’t suffer some of the diseases and deprivations that other prisoners of war did.”

“11 deaths, going up! Only rumor is that we will be paid shortly after Oct. 1 … Only officers will be paid. This will be a sorry situation as it is the patients who need the money and food worse than anyone else. My cold is still bad …”

Mostly, Comstock longed for home. Though he never married, he was devoted to his family in Boulder. His family still has, among the memorabilia and effects of Uncle Doc’s war days, the last letter he wrote home before being captured in 1942. That note contrasted with an upbeat diary notation about receiving in June 1944 the first two letters from “Mama” – a full year after she mailed them.

“Much family news. Made me very happy,” he wrote. “… Sure wish the Yanks would come.”

On Sept. 23, 1942, he wrote: “Dreamed of home last night. Everyone but Deuce (the family dog) included. Was very clear. Went back to 1076 12th St. (in Boulder). Three Americans who were captured were badly beaten with 2x2s. Seems some doubt if they were the prisoners who escaped from here. Ate fish heads and rice for supper. Sliced cucumbers twice today. Hope we don’t get amoebic dysentery from them.” 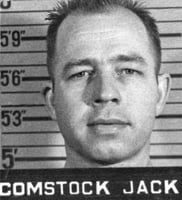 Comstock maintained reasonable health, other than spells of digestive distress, a severe case of cellulitis on his chin and a two-day bout of dengue fever. His frame, 195 pounds when the war broke out, whittled down to 145 pounds — “my weight during puberty,” he noted.

Still, everyone imprisoned needed deep reserves of resilience, lest their days be numbered. Comstock summoned the strength to continue on. Every day, he wrote on slips of rice paper or, if it had been a week bolstered by a rare delivery of an 8-pound Red Cross POW box (chocolate, cheese, cigarettes, corned beef and coffee being among the prized contents), the white expanse of a packaging label.

‘Allowing himself to function’

“What he did by having the diary, having his routine, by reading, by playing chess, carving little chess pieces, by playing volleyball, I think he was really distracting himself,” said Steven Oboler, MD, who was POW physician coordinator at the Denver VA Medical Center and Comstock’s physician in the 1980s. “He was allowing himself to be able to function – and thereby help save the lives of hundreds of POWs – over a much longer period of time. I think I would have been dead. I don’t think I would have survived.”

A great portion of the diary, which in original form is a small mountain of hand-scrawled notes (and 130 pages typewritten), is devoted to chronicling rumors – some of them fact, most not – that swirled incessantly into the tropical air.

“I really think that’s one of the things that keeps people who are imprisoned, incarcerated, interned alive,” Oboler said. “You go after every rumor.

“It’s amazing how he has these documented. The war in Europe ended at Christmas ’43, and so many (of the rumors) were way off the mark, and he realized it, but he recorded it,” Oboler added. “And this is one of the unique things about the diary … you can’t go back from a recollection and recreate rumors – you just can’t do it – because you know how it turned out.”

Wittemyer recalled a book authored by a Holocaust survivor who had been in a concentration camp. The author described how it was the people “who had something yet to accomplish” who proved more likely to survive. “I would imagine that for Uncle Doc at that time, his medical career really meant a great deal to him and that he would have been partly living for the people he was taking care of,” she said. “But (he was also living) in anticipation of things he still had to do, and that would have contributed to his will to survive.”

Jacquie Kilburn, another of Comstock’s nieces, said it was startling to read about all the things Uncle Doc and the prisoners ate. “One time he wrote about one small dog for 300 people. Electrocuted on the fence – that was dinner. They stopped taking the worms out of the cornmeal because it was protein.”

“One time he wrote about one small dog for 300 people. Electrocuted on the fence – that was dinner. They stopped taking the worms out of the cornmeal because it was protein.” – Jacquie Kilburn, niece of Jack Comstock, MD

In a Sept. 28, 1942, entry, Comstock noted that two Navy colonels and a commander tried to escape Cabanatuan but were captured by an American guard. After the men “delivered a tirade at Col. Sey, (the medical detachment commander), the three escapees were turned over to the Japanese. They were pretty well beat up and then tied to the fence by the road… The men were stripped except for their shorts. Probably none will live.”

This notation gave Oboler pause. Americans turning over their own to the enemy for brutal beatings and likely execution?

“His description of that is almost like Hemingway. It’s just very, very sparse, but it documents it,” Oboler said. “They turned the escapees in to the Japanese. When I asked about that (entry), he said, ‘We were saving lives. They told us if anyone escaped that they would stop supplying medication. So, it was a choice between those few (escapees) versus hundreds.’

“These were tough choices.”

Coming in Part Four: ‘Hell Ships’ and Twists of Fate: Hell ships, a last-minute reassignment, a lucky worm and “the fortunes of war.” 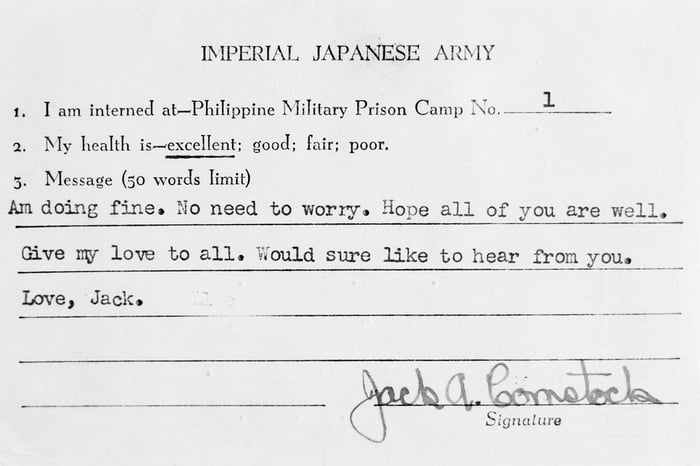 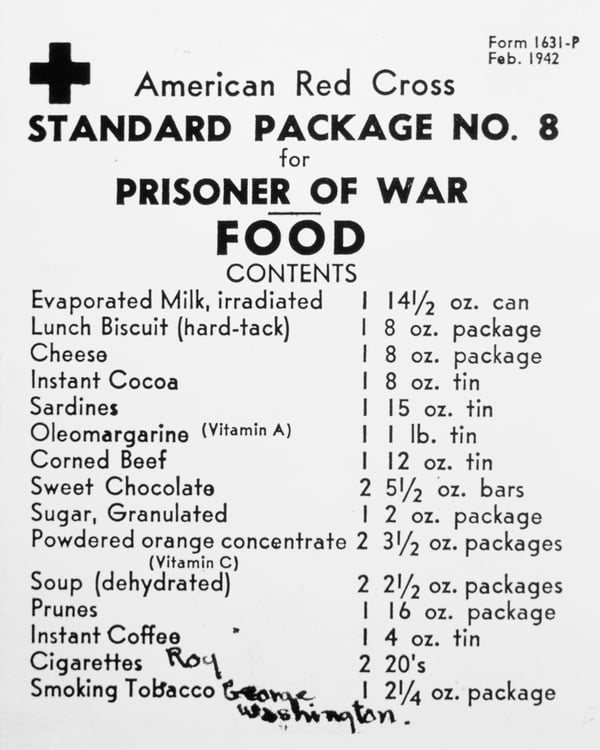